Barrell Seagrass Gray Label is the Best Whiskey of 2022

The Pick is in: Whiskey Raiders’ Whiskey of the Year is…

We’re finally here. The end of the year.

After hundreds of whiskeys and countless hours spent reviewing, it sort of feels like the whole year leads up to this week. In a way, it’s exciting. In another, it’s daunting. Tasting all year round hoping to find those special gems is no easy task. Some years are easier than others. Sometimes, it’s the fall or the summer that brings the undisputed gem of the year.

This year, it was the winter. Last winter, in fact.

As one may expect from a whiskey website, we dole out scores and ratings. We do it nearly every day, in fact. It sort of comes with the turf, and it’s an honor that our readers trust our voice to steer them through the world of whiskey.

2022 was Whiskey Raiders’ largest year. Each month, more and more readers came to our site to read up on what to buy, what to leave on the shelf and, most importantly, what to chase and avoid. More than a million of you visited WhiskeyRaiders for whiskey coverage in November, in fact. It was a banner month. Whether it was news, reviews or a stacked look at all of the newest limited-edition releases, the world of whiskey showed up in droves to read Whiskey Raiders this year. For that, we can’t thank you enough.

All of this comes to a particular peak: our best whiskey of the year. We get countless emails, DMs and tweets asking: “buy or pass?” all year long. Every year, a sea of readers ask: “What’s the best so far this year?” I direct those readers to our archive, where anyone can compare our chart toppers as well as the tops of the flops.

But now, now we can finally address the ultimate question: “What’s the best whiskey of 2022?” 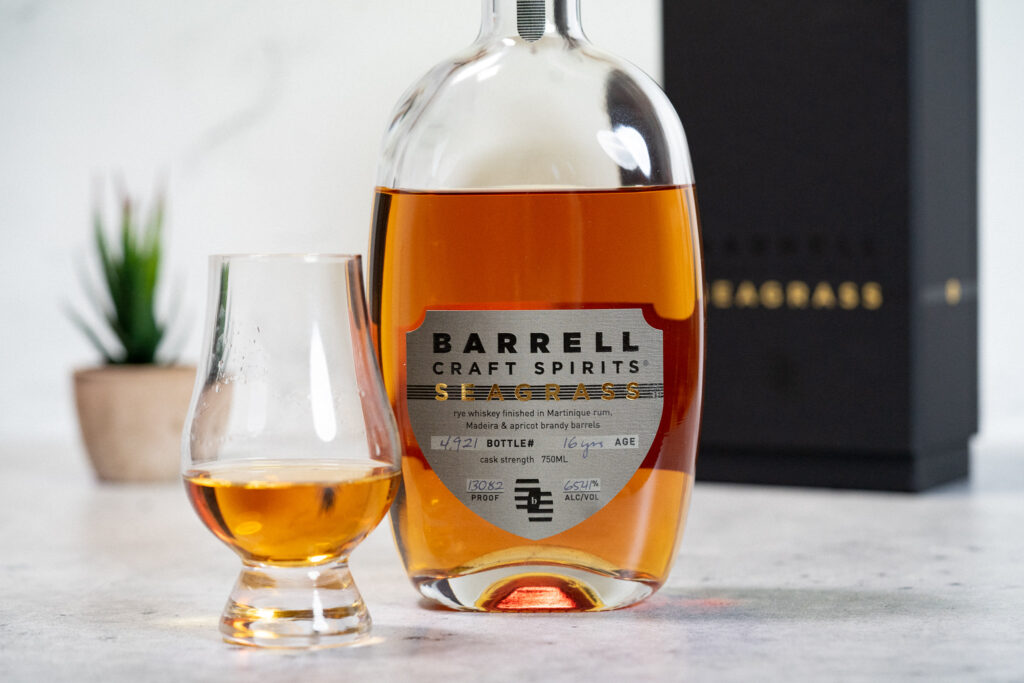 When I tasted this whiskey back in January, I never expect to uncover a great so early in the year. I gave this whiskey a perfect score — the first expression since 2016 to receive that honor.

Barrell’s high-voltage interpretation of an “upgraded Seagrass” hit the mark for me. My first impression was intrigue, and the more I sampled the 16-year, all-Canadian release, the more I loved it.

Everything about the already high-scoring Barrell Seagrass was there, but it was dialed up and amplified. Juicy, epic and complex, it eradicated the (admittedly few) things I wish the original Seagrass could improve. It spotlighted the notes I loved most and pushed them to a metaphorical 11. There’s nothing I’d change about Barrell’s Grey Label Seagrass. For that reason, it is the Best Whiskey of 2022 here at Whiskey Raiders.

We’ve sampled the Seagrass Gold edition as well. It’s great, but it’s not epic. Our 2022 champion has been crowned, and it’s clear that 2023 will have to put in every ounce of creativity, innovation, curation and production skill to see a whiskey come to rival this year’s champ.