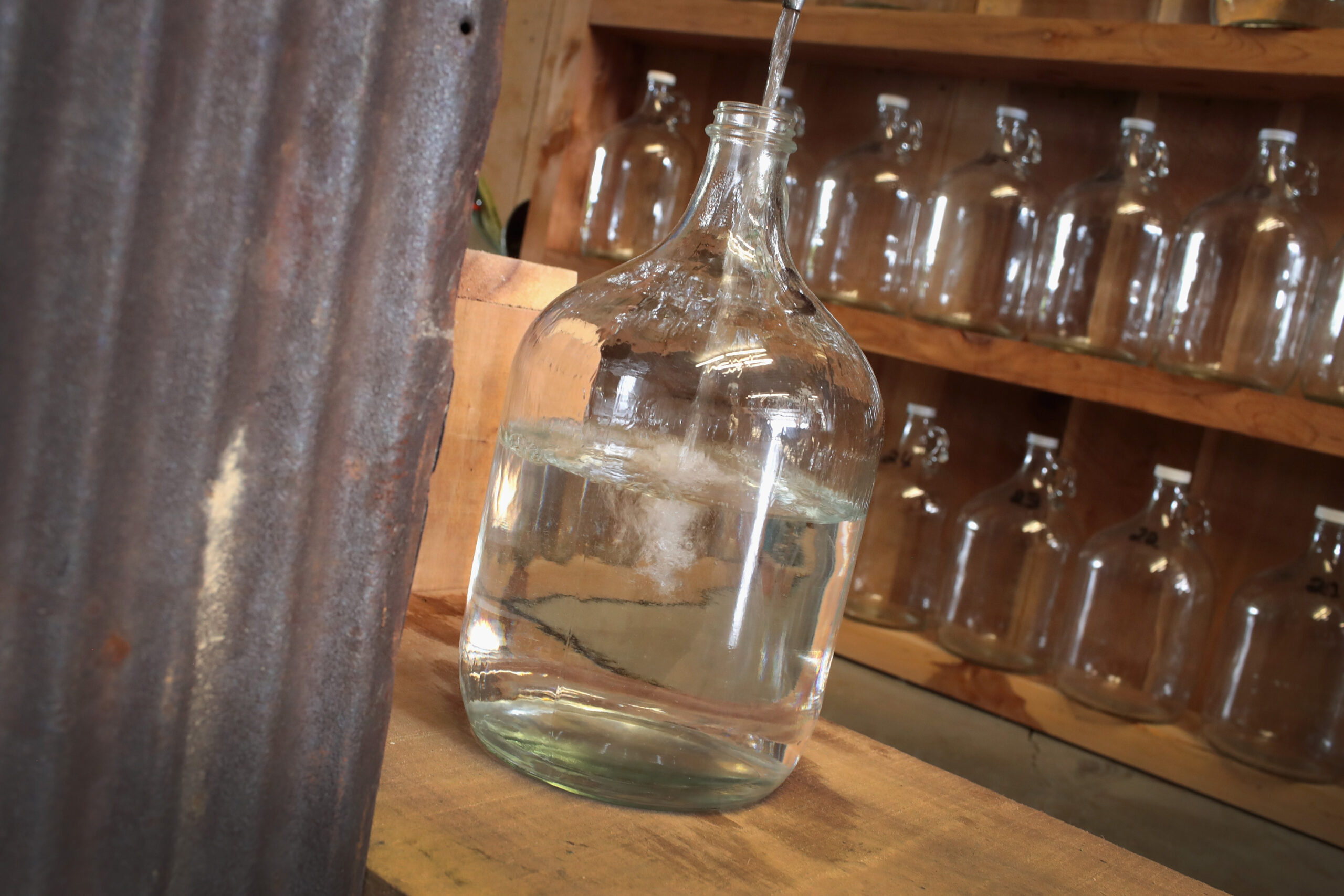 Moonshine runs from the still at Casey Jones Distillery on August 16, 2017, in Hopkinsville, Kentucky. Five people in North Carolina were arrested on suspicion of operating an illegal moonshine still. (Photo by Scott Olson/Getty Images)

Five people in rural North Carolina were arrested in August on suspicion of running an illegal still that produced more than 9,000 gallons of untaxed moonshine since April 2018 and avoiding about $100,000 in federal and state taxes, the Charlotte Observer reported.

One of the five, Roger “Buck” Nance, is the master distiller at Copper Barrel, a distillery that makes legal moonshine in North Wilkesboro.

Nance and two of his co-conspirators, Clifton Ray Anderson Jr. and Huie Kenneth Nicholson, were indicted on charges including conspiracy to defraud the United States, tax evasion, unlawful production of distilled spirits, aiding and abetting and possession of an unregistered still.

The other two involved, James Patterson and Gary Matthew Ray, face separate charges for conspiring to defraud the United States.

The prosecution alleges the following about the moonshine-making process:

Nance conspired with others in Wilkes County to build and operate the moonshine still. The moonshine was distilled at a barn in Wilkes County owned by Ray, who rented the barn to Anderson for $500 a month. Ray lived on the farm and used leftover mash from the distilling to feed his cattle. Anderson operated the still, which prosecutors said produced hundreds of gallons of moonshine a week. Nance bought the moonshine back for $10 a gallon, which was less money than the cost of the supplies Nance provided.

Once or twice a week, Nicholson would drive the moonshine about 250 miles northeast to a “stash house” in Stony Creek, Virginia. Patterson, who lives about 16 miles away from the stash house, began buying moonshine from Nance in 2018 for $20 a gallon.

Patterson then would sell the moonshine to customers for prices ranging between $26 and $50 a gallon.

The operation ran until September 2020.

Nance is a big deal in the world of moonshine. He designed the first legal steam-injected distillation system for moonshine and made most of the equipment used at Copper Barrel himself.

In 2009, authorities searched Nance’s home, and 926 gallons of illegal moonshine were seized.