5 Easy Thanksgiving Cocktails To Serve Your Guests This Year

Thanksgiving is next week, and with all the dinner prep, it can be overwhelming. Not only is there dinner to think about, but Thanksgiving cocktails are another aspect that can seem daunting. And, one thing is for sure, any dinner guest arriving for the big meal brings a thirst with them as well.

We’ve put together a list of easy cold-weather cocktails that are sure to be a hit during all the festivities. 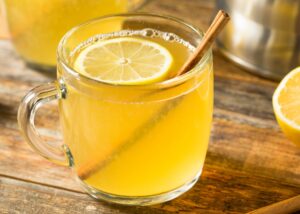 The hot toddy has been around for a very long time. A classic, cold-weather cocktail traditionally made with whisky, honey, lemon and water, the hot toddy is said to be a great way to soothe a sore throat.

And with November being a particularly chilly month, this is the perfect cocktail to serve after dinner before the party wraps up.

The Glenlivet Spill the Tea 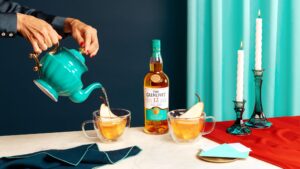 This is a fun tea cocktail recipe developed by The Glenlivet. Tea-infused cocktails are really popular and perfect for an after-dinner drink. Glenlivet created this tea-based cocktail, which has been a hit with everyone we’ve served it to.

To make a “Spill the Tea” Cocktail, first create chamomile tea by combining water, a chamomile tea bag, a pinch of salt, vanilla extract, lemon juice and your pear and warm together for 10 minutes over low to medium heat. Fine strain.

Next, pour The Glenlivet into the tea to create a batch serve. Then, pour it into a teacup and garnish with pear slices and sage.

While the classic Old Fashioned might seem like an intimidating drink to make if you haven’t attempted it before, it’s actually quite simple.

This cocktail is strong yet fun to serve, and it’s sure to leave a lasting impression. Plus, it’s incredibly easy to make. All you have to do is combine whiskey, sugar, bitters and a citrus twist, and you’re good to go. 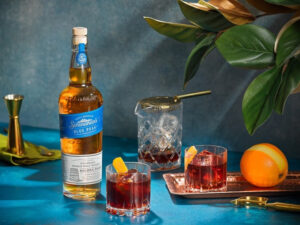 For a cold cocktail to serve during or before dinner, this recipe from Stranahan’s includes coffee liqueur and bitters and is served over ice.

This cocktail is super easy to make and really good. All you need to do it is combine all of the ingredients in a shaker, with ice, shake and strain it into a rocks glass and garnish with an orange twist. 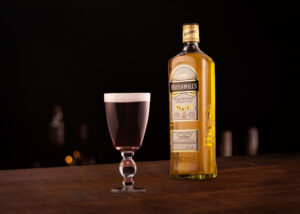 Created by Jack McGarry and Sean Muldoon of New York pub The Dead Rabbit, which was named the best bar in the world at the 2014 Tales of the Cocktail’s Spirited Awards, Bushmills takes center stage with this coffee forward, boozy treat.

To make this cocktail, start by pouring all ingredients into a glass (preferably around 6 oz), leaving a half-inch of room for cream. Top with freshly whipped heavy cream or regular whipped cream as a backup option. Optionally, sprinkle nutmeg on top of the whipped cream.