Colosseum Broken Into by Americans who Just Wanted a Drink
American

When in Rome? American Tourists Fined After Breaking Into the Colosseum Just to Have a Drink 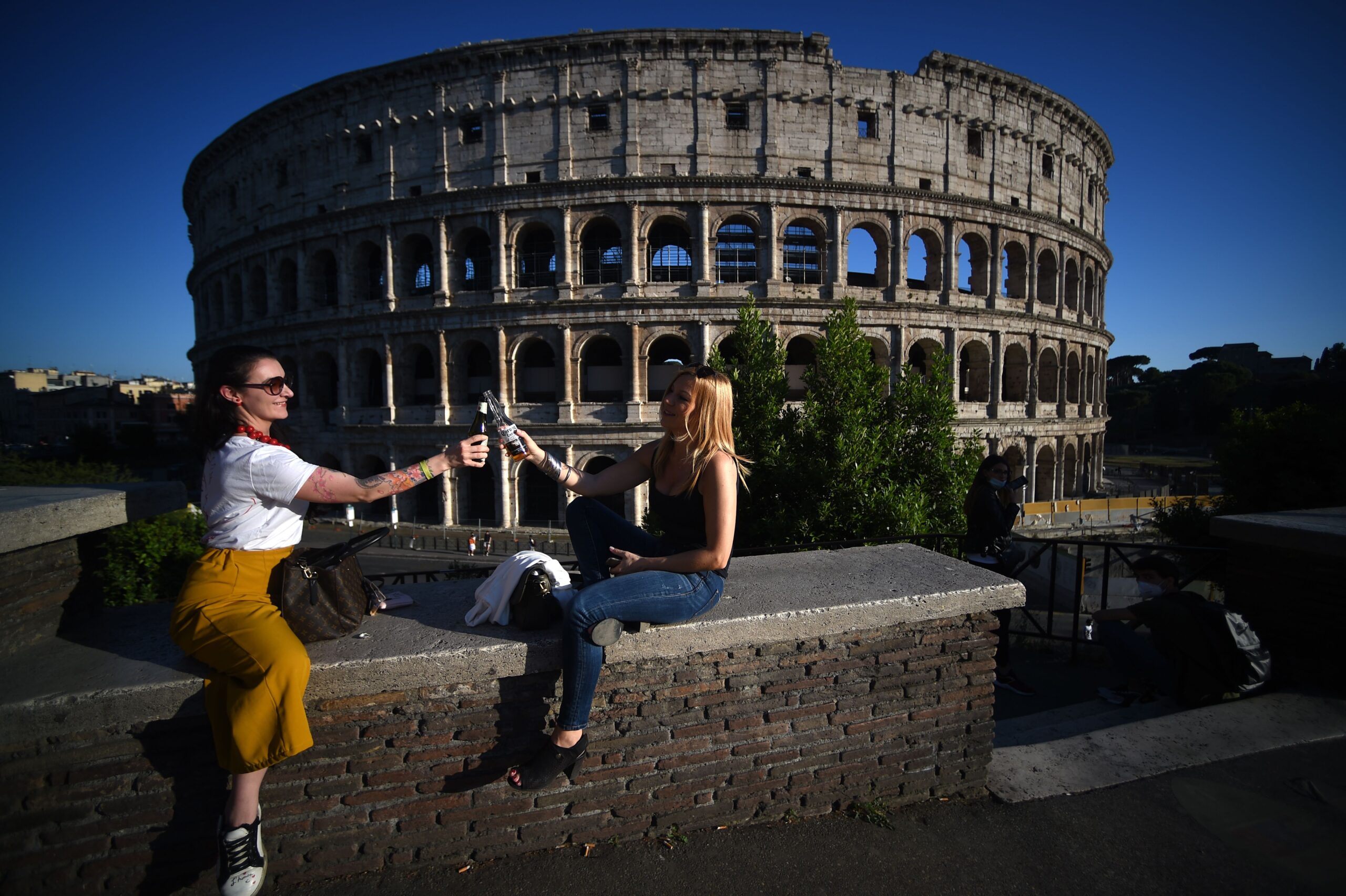 Young women clink bottles of beer as they share an aperitif drink by the Colosseum monument in Rome on May 21, 2020. Two American men were fined after breaking into the Colosseum to enjoy a couple of beers in a scenic spot. (Photo: FILIPPO MONTEFORTE/AFP via Getty Images)

The two men climbed over high railings to get in and enjoyed their beers at the famous arches that face the city until the two were seen and reported to the police.

“During the early hours of Monday morning some people noticed two young men drinking beer in the Colosseum, facing outwards on the second level,” Rome’s carabinieri police force said, according to CNN. “They alerted a police car nearby, which then stopped the two young men on Via dei Fori Imperiali.”

According to The Guardian, the men were aged 24 and 25.

The €800 fine was for illegally entering the property, which closes to the public at 4:30 p.m. Fortunately for the two men, they had the sense to simply enjoy their beer, rather than leave their mark on the property via vandalism. Tourists vandalizing the Colosseum is a fairly common occurrence and a crime that carries a punishment of up to a year in prison or a fine of no less than €2,065 (about $2,340).