Willy Wonka and the Beer Factory? Find a Golden Can of this Popular Brew for a Chance to Win $1 Million 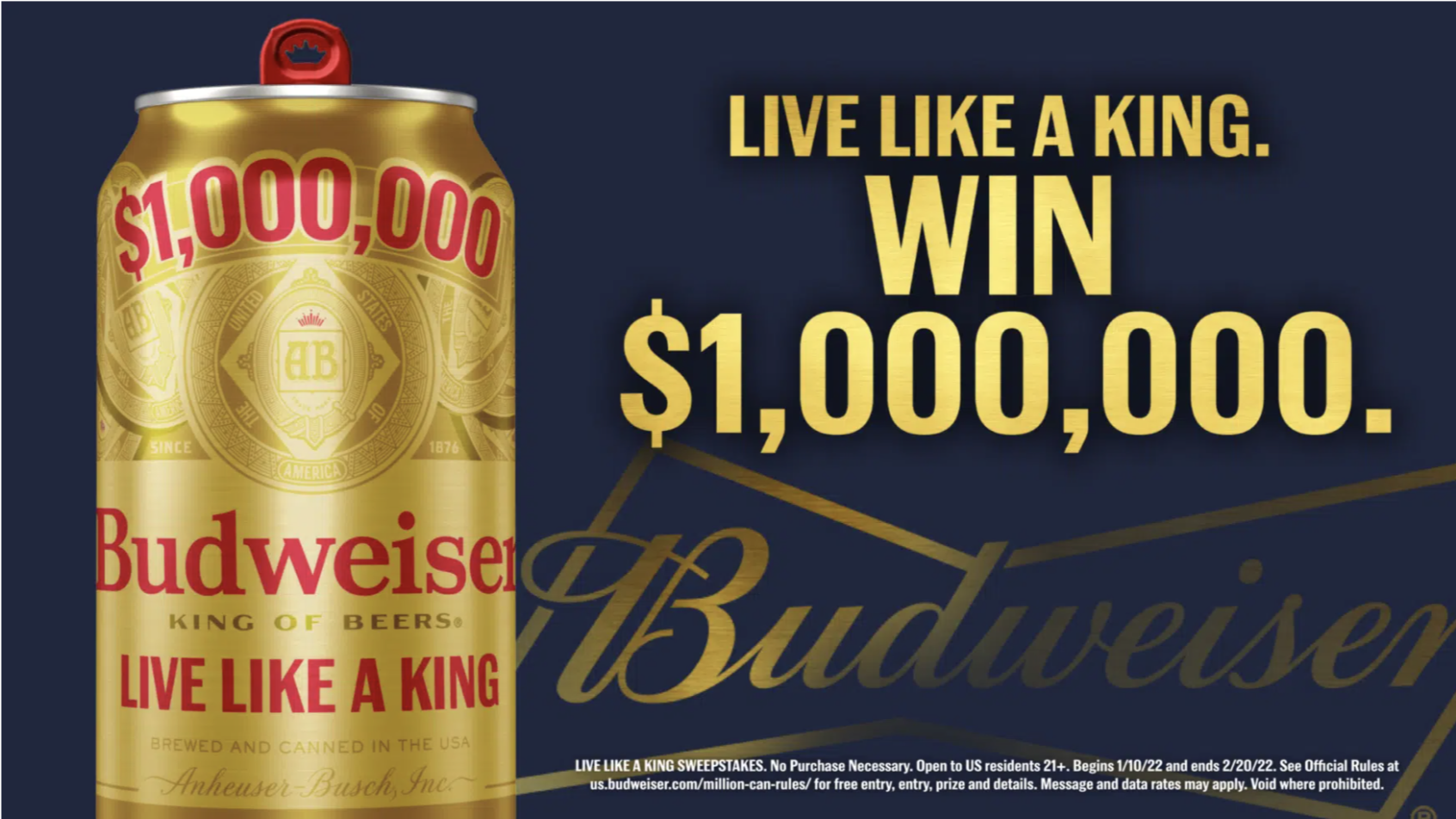 Anheuser-Busch has launched its “Live Like a King” promotion, offering consumers who find a golden can of Budweiser a chance to win $1 million. (Photo: Anheuser-Busch)

Taking a note from “Charlie and the Chocolate Factory,” Anheuser-Busch, the world’s most valuable producer of beer, is placing 10,000 golden cans in specially marked packs of Budweiser across the U.S. Whoever finds a golden can and posts a photo of it on Facebook, Instagram or Twitter, tagging @budweiserusa with the hashtags #LiveLikeAKing and #Sweepstakes, will be entered for a chance to win $1 million.

If you don’t want to hunt down a gold can, you can still enter; simply print your own golden can wrap on Budweiser’s website and post a picture of it wrapped around a bottle or can, using the same tag and hashtag as if you’d found a golden can, and you’ll be entered.

The contest began Jan. 10 and lasts until 11:59 p.m. ET on Feb. 20. One winner will be reflected in a random drawing on or about Feb. 21. The winner will be notified via direct message on their social media account and will have 48 hours to respond and accept the prize.
This isn’t Anheuser-Busch’s first time building sweepstakes around the golden can trope. In 2016, consumers who found a golden can of Bud Lightwere able to enter to win tickets to Super Bowls for life.

The contest is open to anyone 21 and older who is a resident of one of the 50 states or Washington, D.C.