How a Rare Bottle of Bourbon and a Basketball Blessed by the Pope, Signed by John Calipari are Helping Aid Tornado-Ravaged Kentucky 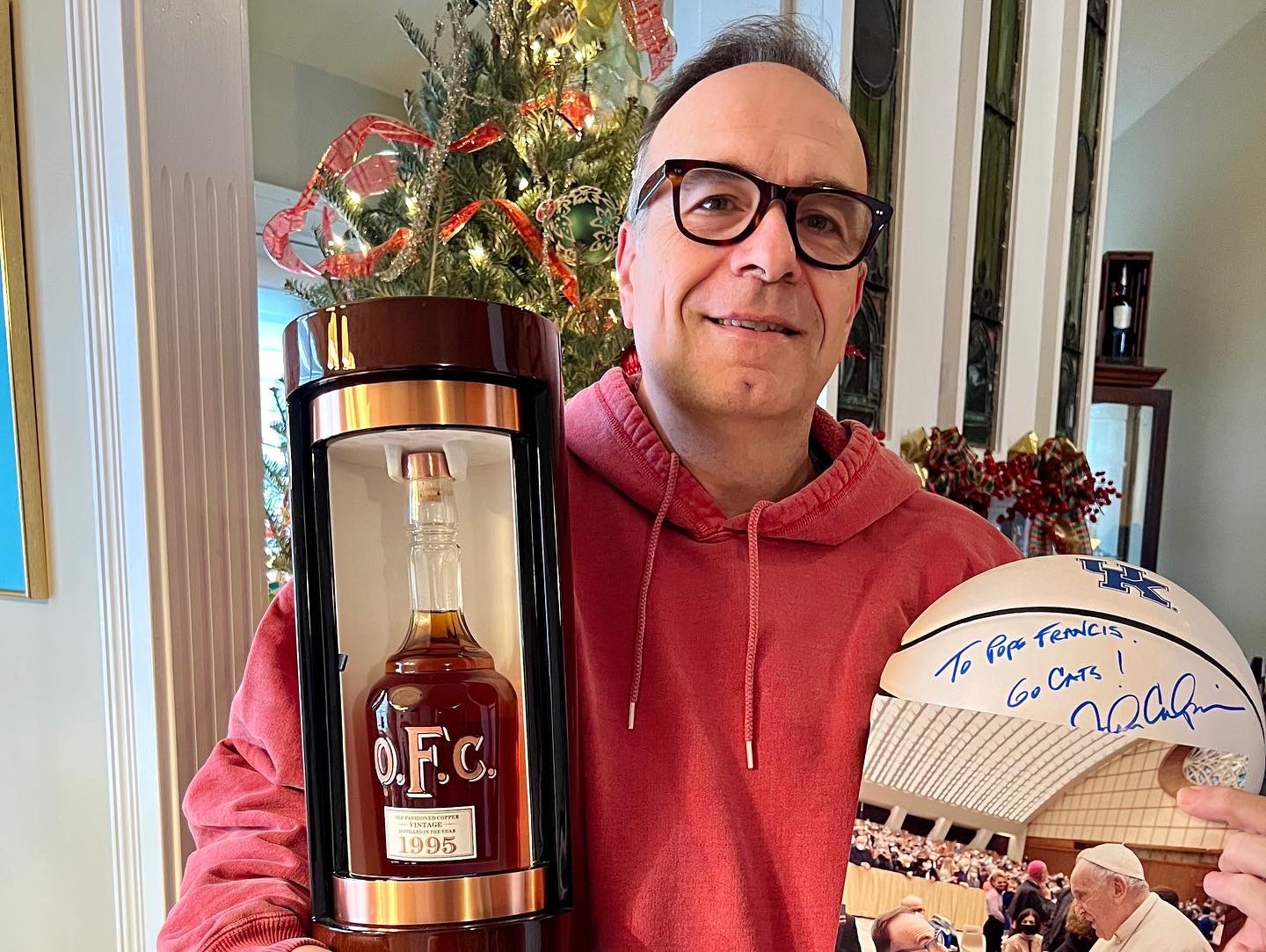 Two auction lots donated by a priest in Lexington, Kentucky, sold to one buyer for a combined $16,698. One lot featured a rare bottle of Buffalo Trace’s 1995 O.F.C. Vintage Bourbon, while the other had a basketball signed by University of Kentucky men’s basketball head coach John Calipari and blessed by Pope Francis himself. The funds will go toward recovery in western Kentucky from a Dec. 10 tornado that caused widespread destruction in the area.

Rev. Jim Sichko, who donated the lots, showed the sales in a tweet.

YOU CAN NEVER SAY THANK YOU ENOUGH!!

“I want to thank Coach Cal because I bugged the hell out of him to get it, I’m just being very honest,” Sichko said, according to WAVE 3.

Sichko traveled to Vatican City and gifted the basketball signed by Calipari and the bottle of bourbon to Pope Francis, who is a known fan of whiskey. The pope returned the items to Sichko and, according to WDRB, blessed the basketball.

Beam Suntory donated $1 million to the tornado relief, while the Kentucky Bourbon Benefit had raised about $3.4 million as of Dec. 22.