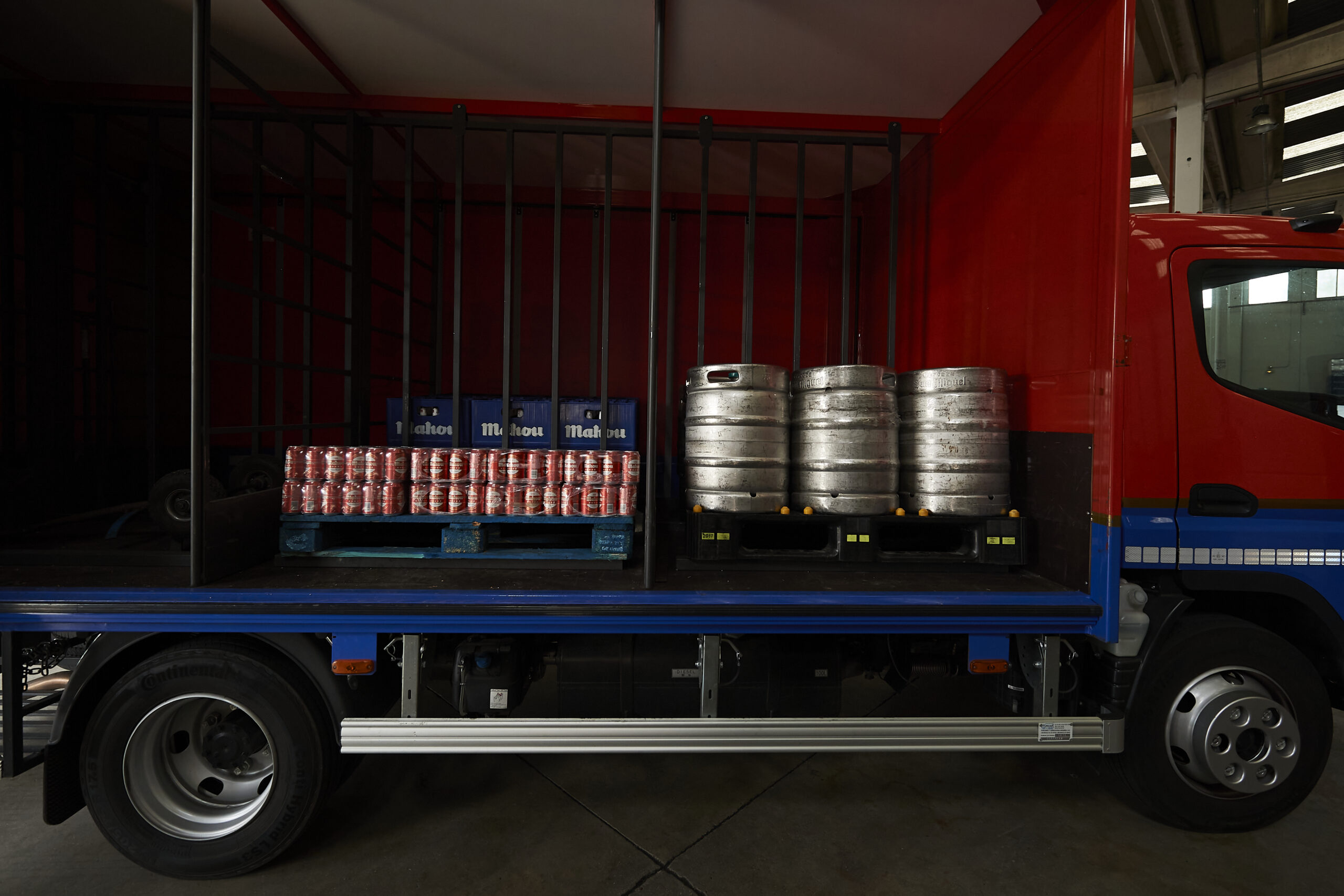 A view of kegs and cases of beer in a lorry on at the Mahou warehouse on May 25, 2020, in Madrid, Spain. A man in rhode island hijacked a beer truck Monday. (Photo by Carlos Alvarez/Getty Images)

On Monday, a Rhode Island man stole a truck carrying bottles and kegs of beer, which he found idling in a parking lot of a liquor store, WPRI reported.

Jeremy Fellela, 44, hopped into the driver’s seat and drove off while the truck’s liftgate remained open, with its ramp extended to the ground.

Fellela was pursued by police officers in what WPRI called “a slow-speed chase throughout Providence,” of about 10 to 15 mph, while bottles and kegs spilled out of the truck onto the street. The chase concluded when Fellela crashed the truck into a utility pole.

WPRI interviewed a witness, Greg Johnson, who was outside raking leaves at the time.

“The cops ran in and kind of pulled the guy out of the car and got him on the ground,” Johnson recounted. “You know, if you need beer … come to me, I’ll buy you beer. You don’t need to steal a truck.”

Fellela has been charged with possession of a stolen motor vehicle, eluding police, reckless driving and refusal to submit a chemical test. He is scheduled to be arraigned Tuesday.

In 2018, a shirtless man wearing American flag shorts was arrested after stealing a Coors truck in northern California.