Will This Be the Year? This Distillery Won’t Open Special Barrels of Bourbon Until its Favorite NFL Team Wins a Super Bowl 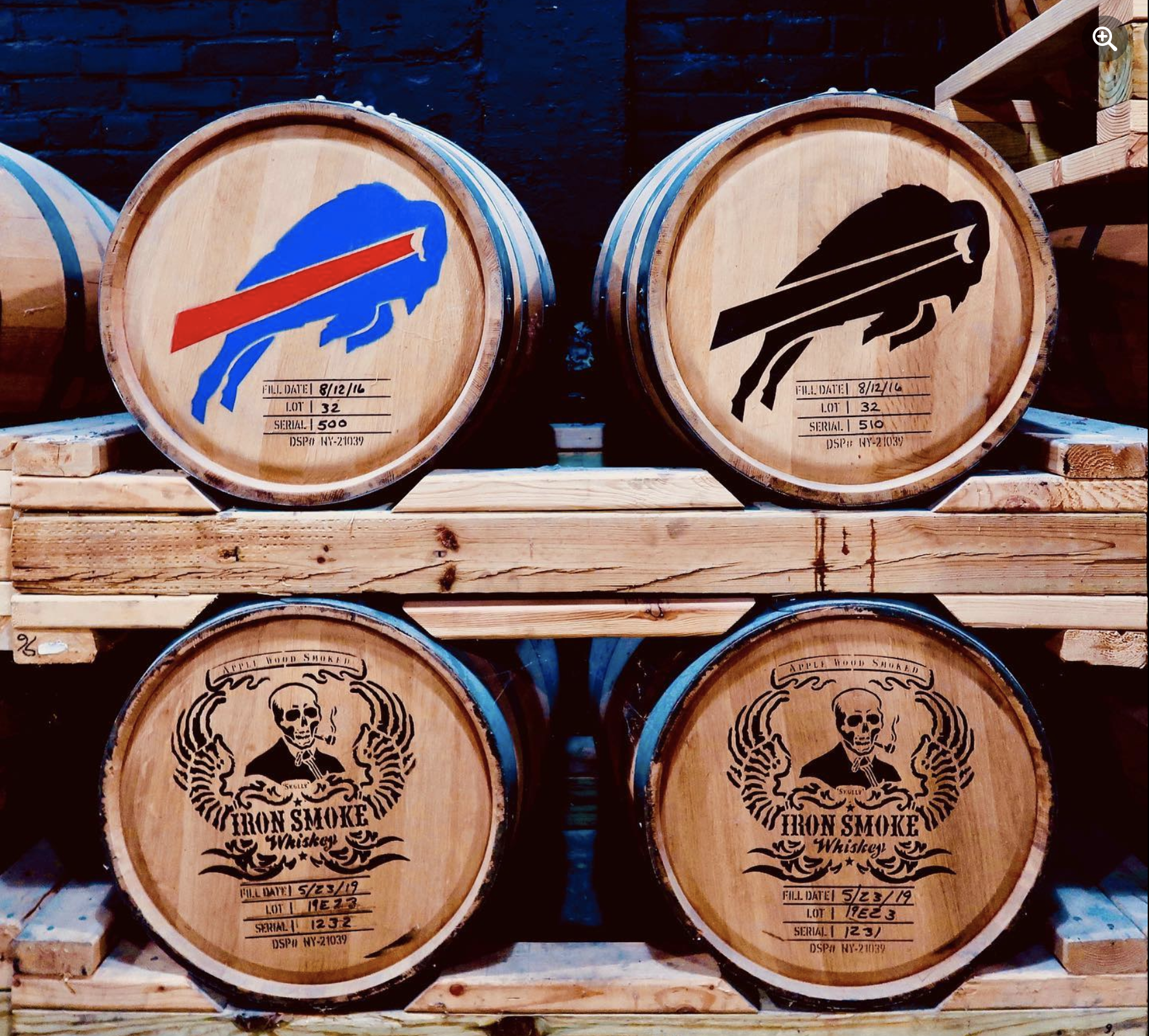 Iron Smoke Distillery in Fairport, New York, is waiting to open two barrels branded with the logo of the Buffalo Bills until the team wins a Super Bowl.

The barrels were filled in 2016, when the Iron Smoke co-founders Tommy Brunett and Steve Brown, both lifelong Bills fans, hosted some members of the Bills’ coaching staff for a distillery tour while the Bills were in town for training camp at St. John Fisher College.

After two years of declining the offer, some members of the staff took Iron Smoke up on its offer. Iron Smoke was barreling that day, and the distillers decided to make a homemade stencil and paint a Bills logo on two of the barrels.

Iron Smoke’s owners began telling their visitors that they had reserved the two Bills barrels for whenever the Bills won the Super Bowl. At that time, the contents of the barrels would be bottled and given to the coaching staff, who are some of the organization’s unsung heroes.

“If you’re an assistant coach and trainer, kids aren’t waiting in line to get your autograph,” Brunett said, per Yahoo Sports.

When aging whiskey, some of the liquid evaporates over time. That evaporated whiskey is called “the angel’s share.” According to Yahoo Sports, some doubters on tours have remarked that by the time the Bills actually win a Super Bowl, the angels will have drank up all of the bourbon, leaving behind an empty barrel.

If the Bills were to win this year, however, that would work out perfectly.

“Anything after five years in a 30-gallon barrel is optimal, so we’re in that range,” said Drew Westcott, Iron Smoke’s master distiller.

The two barrels should yield about 300 bottles, which Brunett and Brown estimate would be enough for the entire Bills staff, few of whom would have visited in 2016, but they’ll deliver it anyway, to express their appreciation, if the Bills win.

The Bills aren’t the favorites to win the Super Bowl, but they’re far from a laughingstock. Quarterback Josh Allen and company are given +800 odds at winning it all this year, making them the fourth-most-likely team to win, behind the Green Bay Packers (+350), Kansas City Chiefs (+425) and reigning champion Tampa Bay Buccaneers (+750).

Iron Smoke Distillery will host a playoff gameday party beginning at 3 p.m. ET on Saturday for the Bills’ wild-card matchup against the New England Patriots, which tips off at 8:15 p.m. The Bills bourbon barrels will on hand for photos, selfies and social media posts, according to Yahoo Sports.