California Distillers Get Extension to Ship to Consumers
American 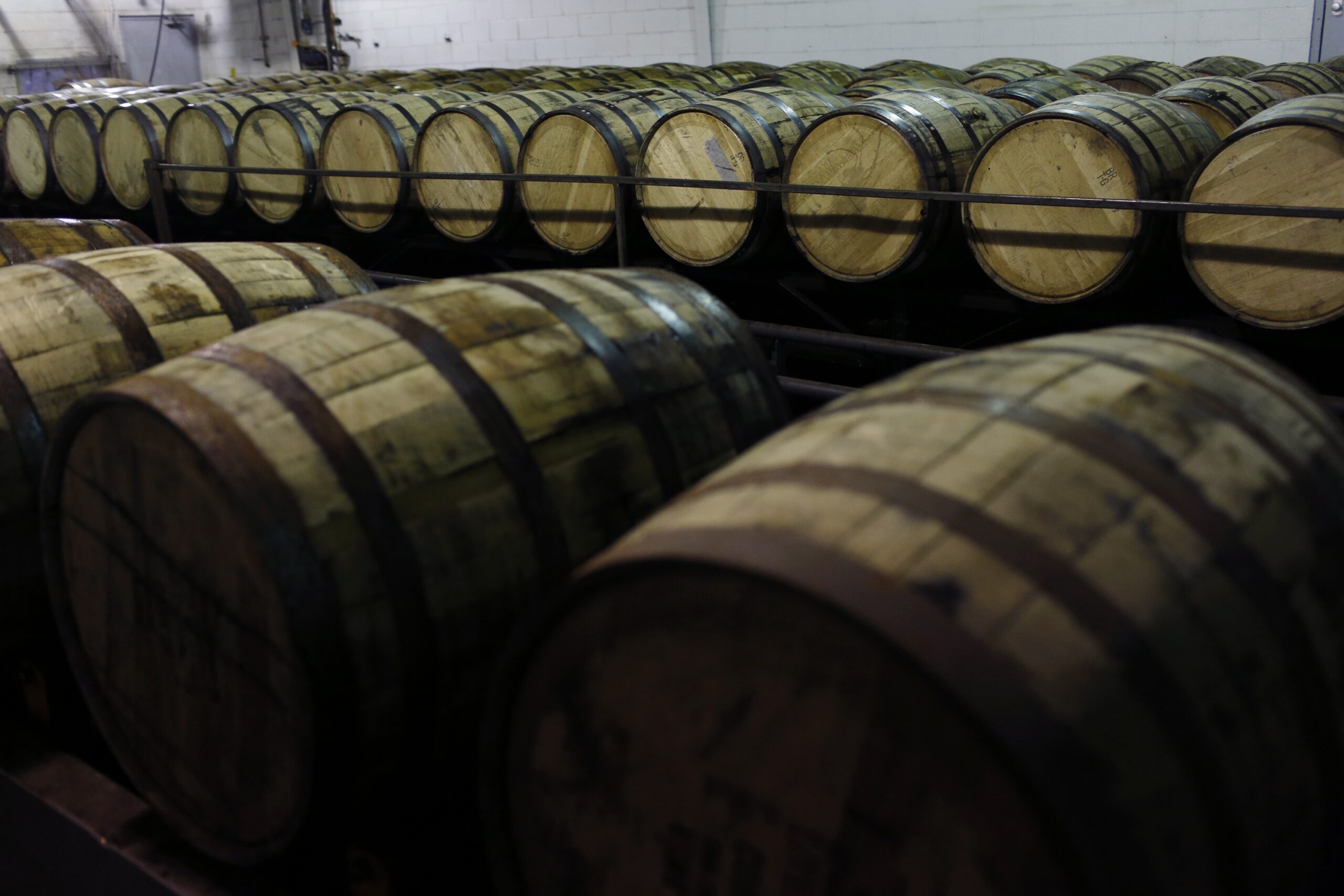 Barrels of Jim Beam Bourbon wait to be drained Jan. 13, 2014, at the Jim Beam Bourbon Distillery in Clermont, Kentucky. California distillers received an extension through the end of March on their legal right to ship spirits directly to consumers. (Photo by Luke Sharrett/Getty Images)

On Dec. 29, two days before the end of 2021, Reason Magazine published a story quoting Aaron Bergh, president and distiller at Calwise Spirits in Paso Robles, California, about the troubles that loomed for distilleries as the new year approached, bringing with it the expiration of a state emergency order allowing direct-to-consumer shipping of spirits, which has been a great aid to state distilleries, allowing them to recoup business lost due to the COVID-19 pandemic.

The very next day, Dec. 30, the state announced an extension of the order allowing craft distillers to directly ship booze, effective immediately and ending March 31, buying the state more time to see if the pandemic will begin to die down or, hopefully, find a more permanent solution.

“I’m relieved that I’m not getting cut off from a huge portion of my customer base,” said bergh, in a follow-up Reason Magazine story. “But we haven’t cleared the hurdles yet and could find ourselves back in a precarious position in three months if we don’t make our voices heard. I hope the legislature ultimately votes to pass S.B. 620 so we can continue to run our businesses responsibly and foster consumer choice, marketplace competition, and safety.”

S.B. 620 is a bill, proposed in February, which would legalize the direct shipping of booze from craft distillers for good. That bill has until the end of January to move forward to the Senate. Breweries and wineries are allowed to ship their libations directly to consumers, leaving distillers feeling that they’re doing business at a disadvantage compared with other entities in the beverage scene.