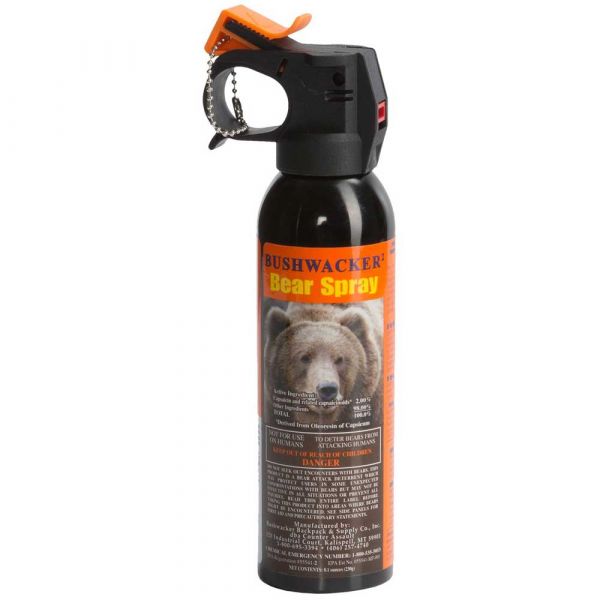 Bushwacker Bear Spray is pictured. Three teens were arrested after one of them allegedly sprayed multiple employees of a liquor store who refused to serve them alcohol. (Photo: BlackOvis.com)

Police were called to a liquor store Wednesday in Port Moody, Canada, after three teenagers who were described as “clearly underage” in the call to the police attacked store employees who would not sell them alcohol. After being refused purchase, one of the teens pulled out a previously concealed canister of bear mace and sprayed several staff members before fleeing on foot to a nearby SkyTrain station, police said. SkyTrain is a rapid transit system in the Vancouver area

“It is unfortunate that front-line employees took the brunt of this unnecessary and vindictive act of violence” Port Moody Const. Sam Zacharias said in a news release, according to the Tri-City News. “Any other victims or witnesses inside the store who have not yet spoken to police are asked to contact us.”