Captain Morgan Unveils the Cadillac of Punch Bowls for the Super Bowl, Featuring Scoreboard, LED Lights and Speakers — and it’s Up For Grabs 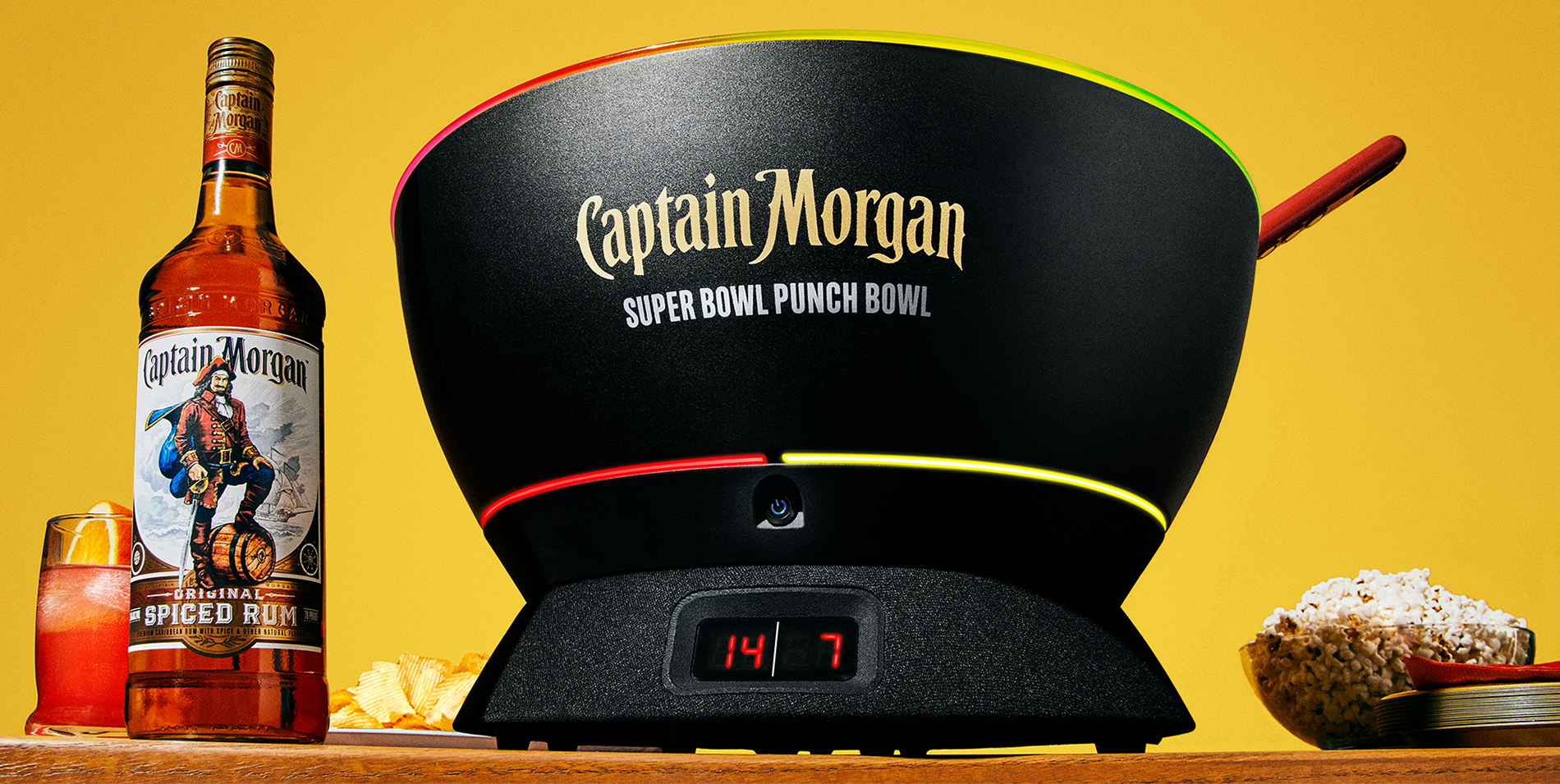 This isn’t your grandmother’s punch bowl; this is a seriously high-tech punch bowl. You may be wondering: How can a punch bowl of all things be high-tech? Let us explain.

The Captain Morgan Super Bowl Punch Bowl, capable of serving 32, features stadium-inspired lights and sound, Bluetooth speakers, subwoofers and LED graphic equalizers. This punch bowl will actually react in real time to what is going on in the Super Bowl. For example, when a team is in the red zone, the bowl’s lights glow red, according to Super Bowl champion Victor Cruz, who helped introduce the bowl Wednesday night alongside Matty Benedetto, founder of “Unnecessary Inventions,” on “Jimmy Kimmel Live.”

Only 20 Captain Morgan Super Bowl Punch Bowls were made, and one is being given away. If you’re 21 or older and would like to enter to win it, simply head over to www.captainmorgan.com/superbowlpunchbowl before Feb. 6 to enter.

“As the first-ever Official Spiced Rum Sponsor of the NFL, we knew we had to do something big – literally and figuratively – to celebrate the most exciting and highly-anticipated sporting event of the year,” said Sam Salameh, vice president, Captain Morgan, in a news release. “We’re taking the at-home Super Bowl experience to the next level. The Captain Morgan Super Bowl Punch Bowl does just that in a fun and over-the-top way, combining just the right amount of spice and applied science to boost any Super Bowl celebration.”

Benedetto chipped in by inventing a ladle to go with the bowl.

“When Captain Morgan introduced me to the Super Bowl Punch Bowl, I could see the careful planning that went into each of its ridiculously awesome, nonessential, essential features and immediately wished I had thought of it,” Benedetto said in the news release. “I had to get in on the action, so I designed a totally unique, unnecessary, necessary “sift-and-pour” ladle that keeps ice from watering down delicious Captain Morgan Original Spiced Rum cocktails. The perfect solution for nobody’s problem!”