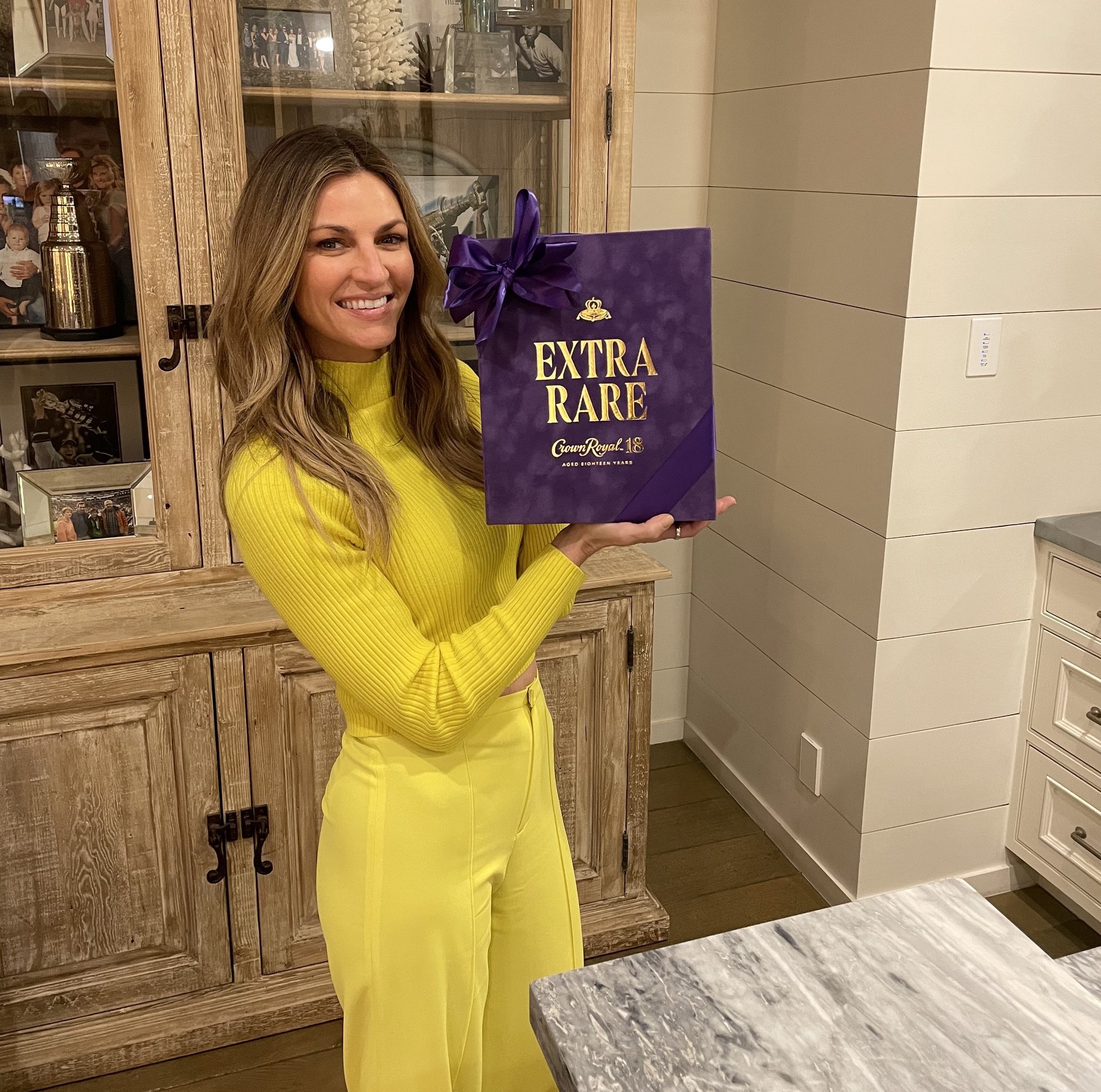 Crown Royal and sportscaster Erin Andrews recognized 56 of the most influential women in sports with a gift of the brand’s newest whisky — Crown Royal Aged 18 Years — to toast during the Super Bowl. (Photo: Crown Royal)

To celebrate the Super Bowl, Crown Royal announced Monday that it partnered with iconic sportscaster Erin Andrews, who currently works for Fox Sports, to gift its latest whiskey release to 56 of the “most influential women in sports.” Crown Royal also donated $1,000 on behalf of each of the 56 women to Women in Sports and Events.

“All season long, Crown Royal and our NFL team partners have given back to thank those who take care of us off the field in the areas of hospitality and military,” Sophie Kelly, Crown Royal senior vice president North American whiskies, said in a news release. “We’re thrilled to end the first year of our historic partnership by taking a moment to push the envelope even further to recognize a group of powerful women in sports. Each recipient is exceptional, and we feel honored to raise a glass of Crown Royal Aged 18 Years and toast to their unique journeys and contributions to the sports industry.”

The donations are part of the brand’s $1 million commitment to serving those who serve us via the Crown Royal Generosity Fund “spotlighting communities who make game day great,” Crown Royal said in the news release.

“I’m thrilled to partner with Crown Royal and recognize 56 women who have truly made a difference in the world of sports. Women have had a huge impact in sports culture and lifestyle, and I am proud to say that I am in good company with these trailblazers,” Andrews said. “I’m excited to see more change with the future women leaders in all areas of sport – from coaching to senior management, my personal passion journalism and beyond.”