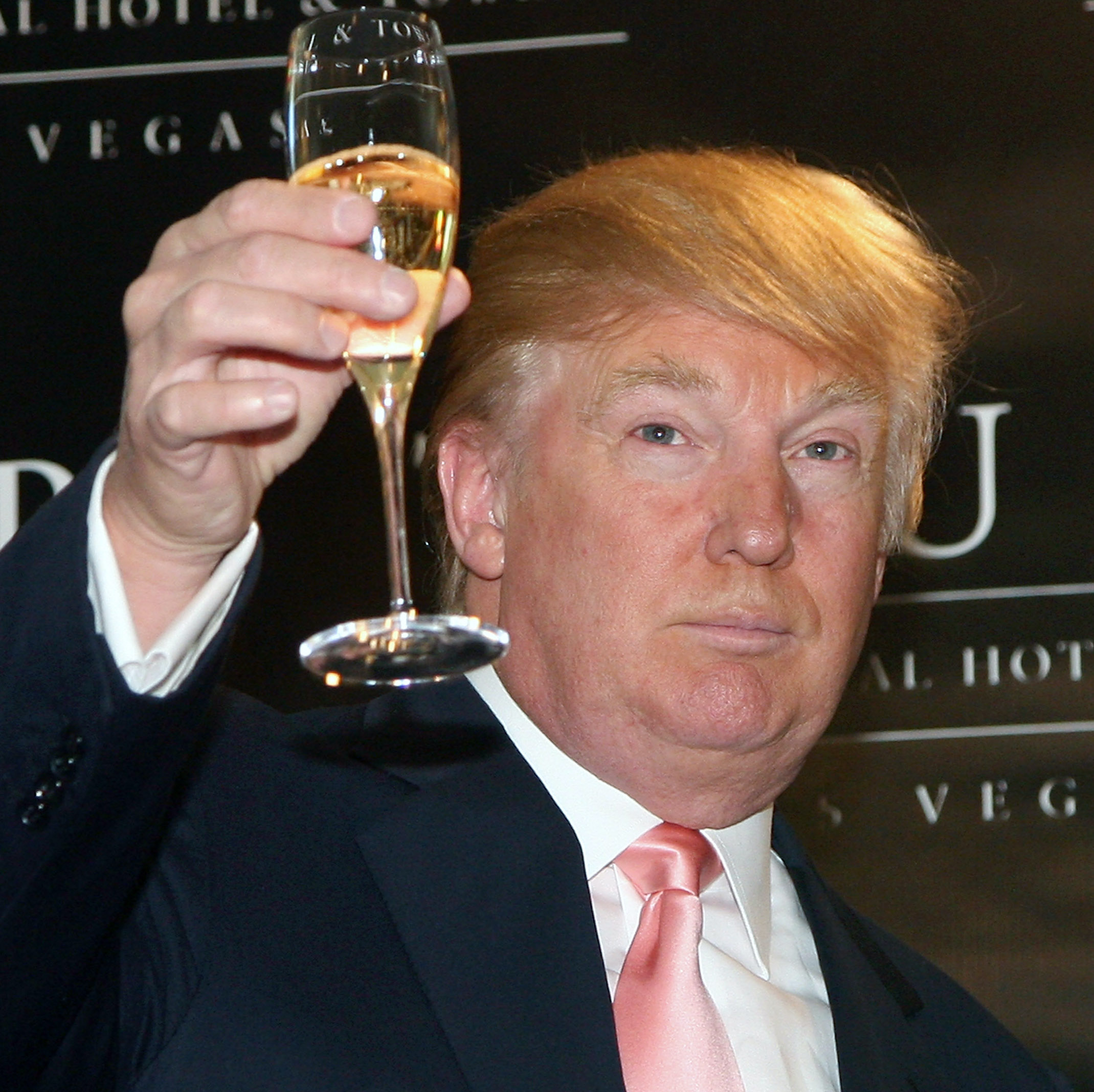 Donald Trump, The 45th president of the United States, opened a bar called 45 Wine & Whiskey, featuring a cocktail called the “Forty-Five,” which costs $45. Are you sensing a theme here? (Photo: Getty Images)

It’s all about the number 45 for Former U.S. President Donald Trump. Trump recently opened a bar themed after himself, 45 Wine & Whiskey Bar, in Trump Tower in New York City. The name of the bar is a reference to Trump being the 45th president. The bar is offering a $45 cocktail called the “Forty-Five”, which is accompanied by Diet Coke, reportedly one of Trump’s favorite drinks, and a side of beef sliders.

Despite the price tag, the drink sounds like a pretty basic Old-Fashioned, containing Wyoming Whiskey (not a top-shelf brand), Demerara and orange bitters. That’s a pretty outrageous price, but hey, maybe the sliders are really good.

The most baffling part is the inclusion of a Diet Coke, which is just not a drink most wish for while sipping on an Old-Fashioned-esque drink. But then, Trump, who claims he has never had a glass of alcohol, might not know that. Then again, there are various eyewitness accounts disagreeing with that statement, so perhaps he would know. Regardless, a mandated Diet Coke accompanying another drink is pretty unusual.

According to its Instagram page, the bar will feature innovative bar fare and “iconic memorabilia celebrating our 45th President of the United States.

Several other drinks on the menu appear inspired by Trump and his presidency, including “The Don,” “The West Wing,” “Rose Garden,” “The Mar-a-Lago Spritzer” and “The FLOTUS.” Those drinks, while still pricy (they range between $24 and $29) are cheaper than the Forty-Five. But then, they don’t come with a side of sliders.