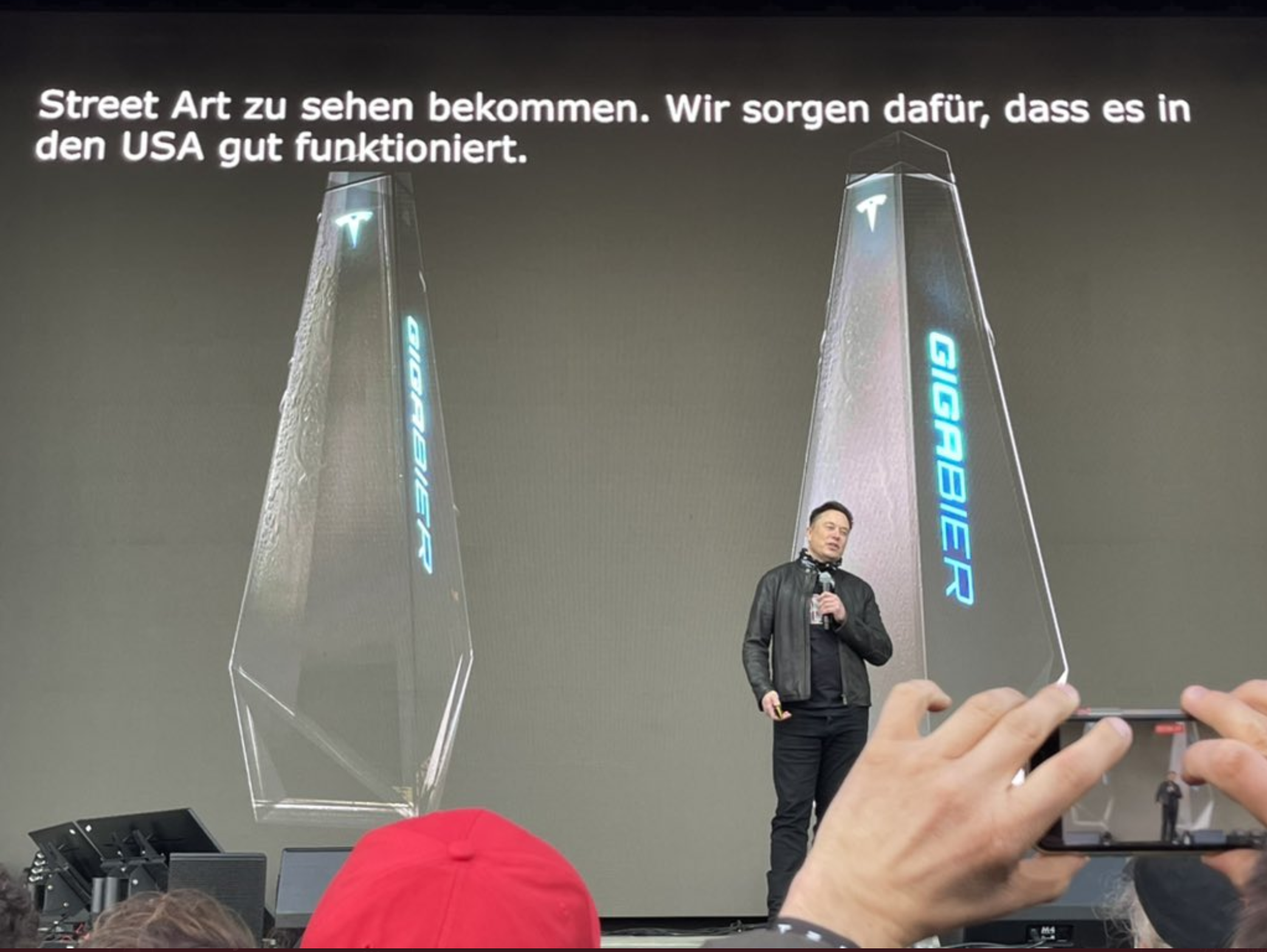 In late 2020, business magnate Elon Musk released a tequila, called Tesla Tequila after his electric vehicle company. Now, Musk is getting into the beer game with the announcement of his “GigaBier” at Tesla Giga Berlin’s County Fair on Saturday.

“We’re gonna build a train station that’s right on the property,” Musk said at the event, according to Teslarati. “And then we’re gonna have graffiti murals all throughout the factory, on the outside and everything. So I think that’s gonna be pretty cool. We’ve got some of them already. And we’re even gonna have a beer.”

Teslarati mused that based on the image, the beer receptacle appears to be inspired by the Tesla Cybertruck.

First tequila, now beer… Come on Elon, when are we going to get a Tesla-themed bourbon? During his appearance on the Joe Rogan Experience podcast in 2018, Musk famously took a hit of marijuana and a sip of whiskey. That spirit he sipped on with Rogan was a celebrity whiskey — Old Camp, made by Florida Georgia Line.

Maybe the reason Musk hasn’t come out with a whiskey line yet is because he tried Old Camp. We promise you Elon: They don’t all taste like that. There are a lot of really good whiskeys out there! Old Camp just isn’t one of them. Old Camp set a low enough bar that any whiskey Musk might create in the future will almost be guaranteed to be better than it.

If the billionaire does ever put out a whiskey, we’ll review it! Give it a shot, Elon.