Will Elvis Presley-Themed Spirit be a one-off or the Beginning of a Dead Celebrities Trend in Whiskey World? 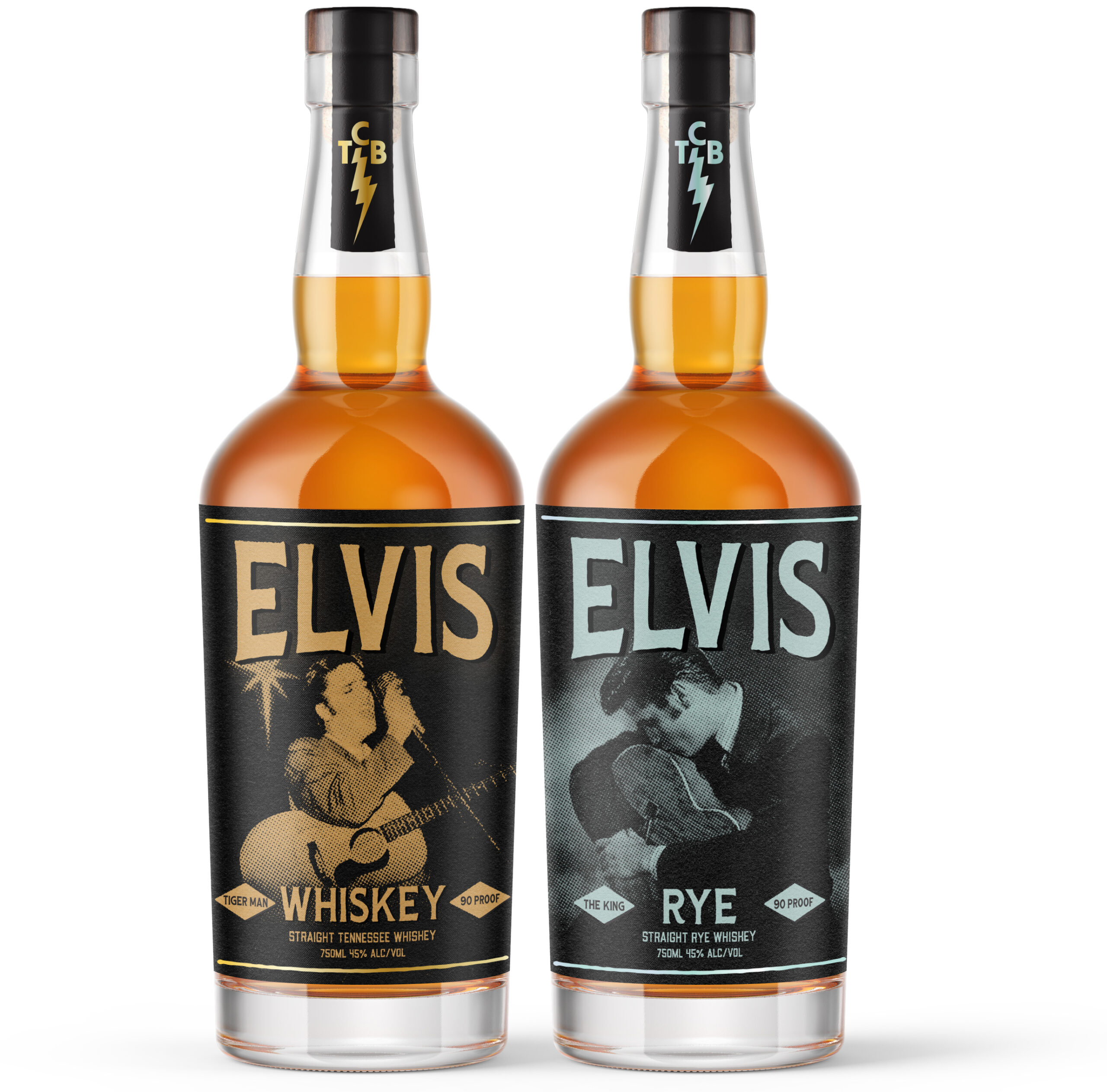 From Conor McGregor, to Matthew McConaughey, to Bob Dylan, to Florida Georgia Line, to Nick Offerman, to Drake, there’s no shortage of celebrity whiskeys. Some are good, some not so much. Those celebrities all have one thing in common, though: They’re alive. You don’t see whiskeys dedicated to celebrities who are no longer with us, as often.

In 2013 and 2014, the trend got off the ground with Jack Daniel’s Sinatra Select; Monument Valley’s “The Duke,” dedicated to John Wayne; and J.R. Ewing Bourbon. Since that era, though, the trend has gone cold, but Grain & Barrel Spirits, the maker of Chicken Cock Whiskey, is changing that, with the help of Elvis Presley Enterprises.

The two entities are partnering to launch two whiskeys paying tribute to — you guessed it — Elvis Presley. The whiskeys will be bottled in Presley’s home state of Tennessee.

Elvis Whiskey and Elvis Rye both are bottled at 90 proof. Here are the flavor profiles, according to a news release from Grain & Barrel Spirits:

It’s worth noting that both whiskeys will be sourced and bottled for the brand – the rye is produced at MGP in Indiana, and their other expression is produced at an Undisclosed Tennessee Distiller.

Will the trend continue?

Will this be a one-off, or will other distilleries follow suit? Whiskeys devoted to mega-celebrities like Elvis Presley are all but guaranteed to sell well; it’s a good-looking bottle, and there are bound to be a ton of people who will buy this for novelty’s sake, regardless of how passionate they are about whiskey.

If this sells exceptionally well, it wouldn’t be too surprising to see the trend catch on. Some outraged naysayers are sure to come forward and call this a cheap money grab, so there may be a negative PR aspect to making that decision. The critics won’t outnumber the fans, though, and money talks.