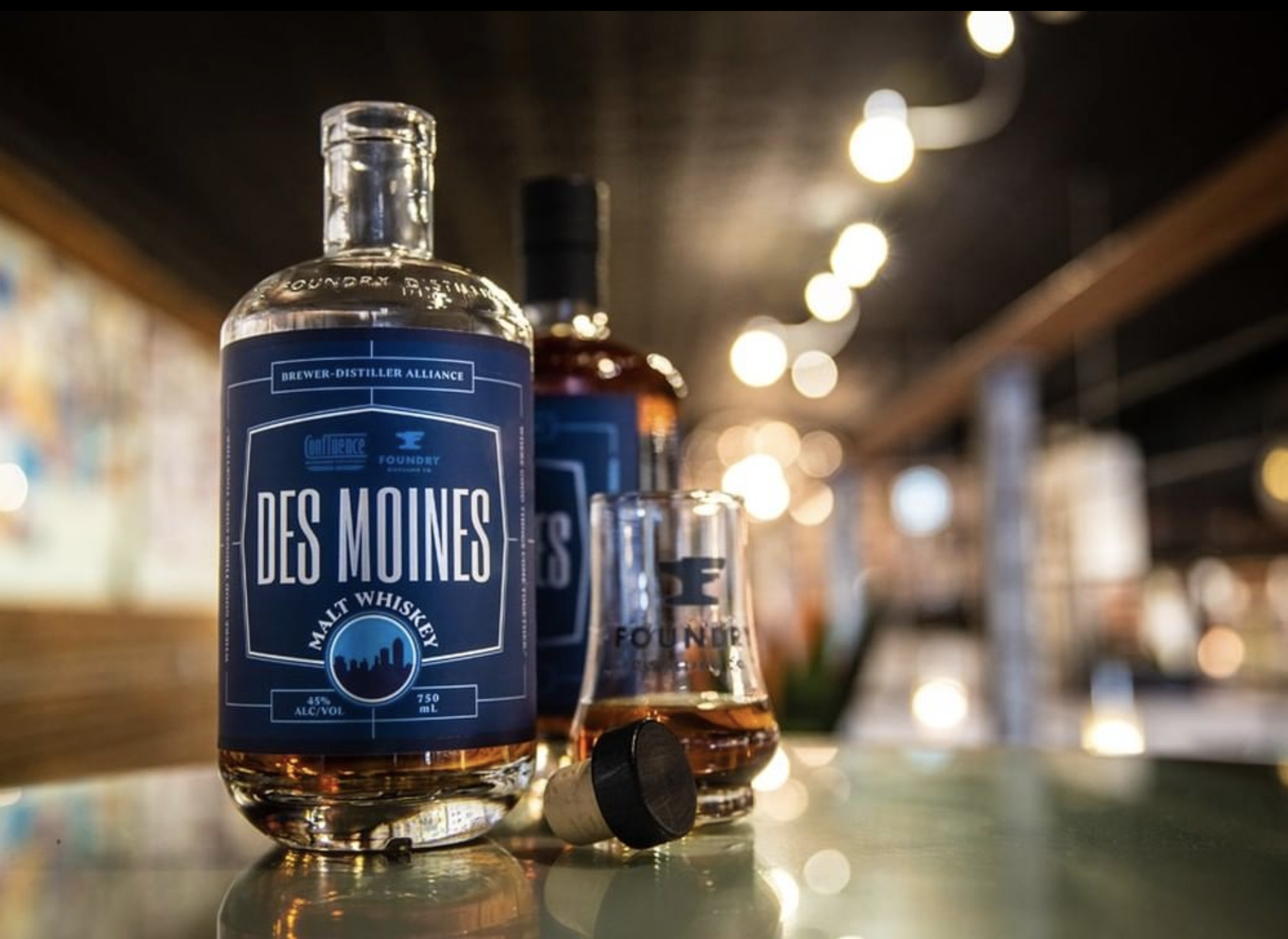 The malt whiskey is made from the wort of Confluence’s signature beer, the Des Moines IPA. Foundry turned the wort into whiskey by fermenting, distilling and barrel-aging it. The distillery is making only a few hundred cases of the first batch of Des Moines Malt Whiskey, Foundry and Confluence said in a news release announcing the malt whiskey.

The brewery and distillery will celebrate the release with a party called “Des Moines Fest” at 10 a.m. to 2 p.m., Oct. 30, at Foundry Distilling Co. Tickets can be purchased here for $10.

“This has been a great partnership that’s captured the essence of our beer in whiskey form,” said John Martin, president and co-founder of Confluence Brewing Co, in the release. “I think that Confluence fans, beer lovers, and whiskey enthusiasts are really going to enjoy this special creation!”

This is not Foundry’s first partnership with a brewer, but the next step in its Brewer-Distiller Alliance initiative. Foundry has released collaborations with a brewery 16 other times, including Stone Brewing and Surly Brewing.