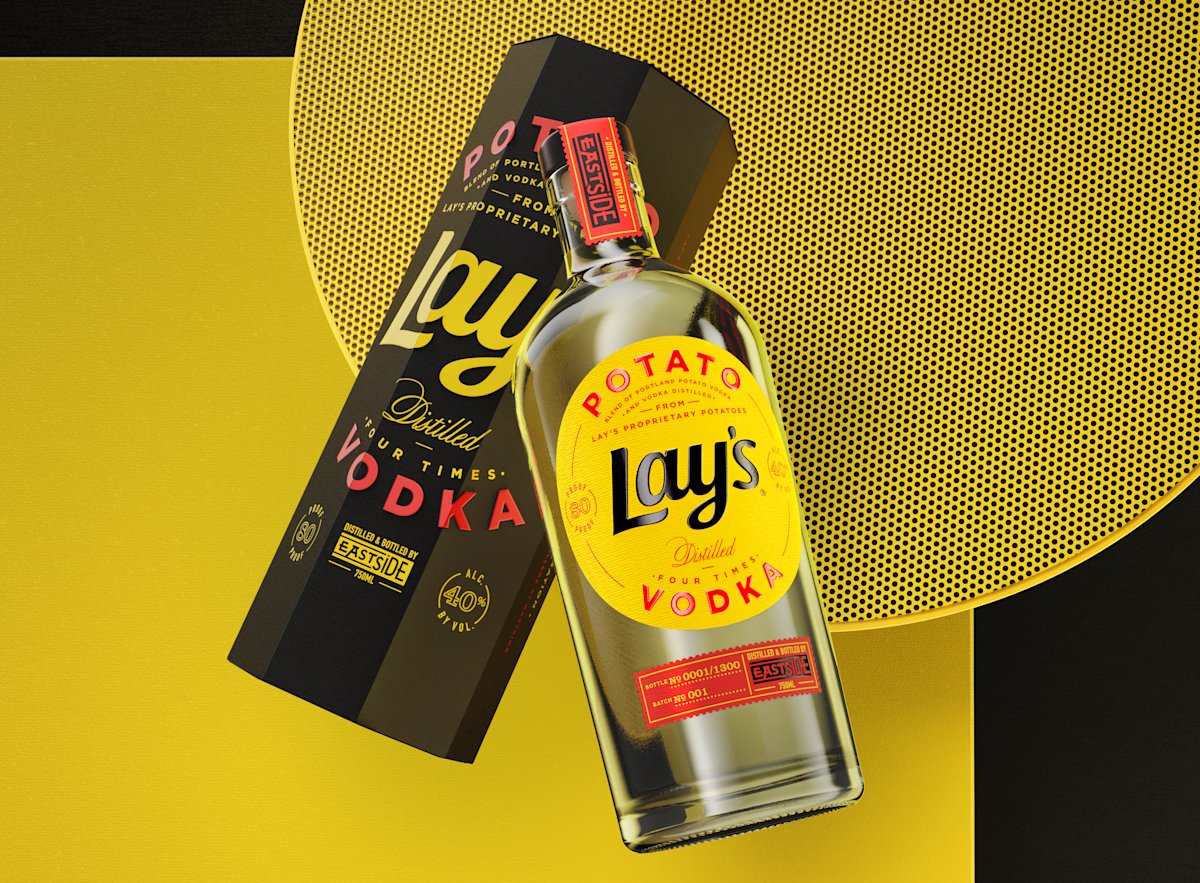 Lay’s Vodka is distilled from the same potatoes that the company’s chips are made from.

In a surprise drop, chip company Frito-Lay collaborated with Portland, Oregon-based Eastside Distilling to release Lay’s Vodka, which sold out within hours. Lay’s announced the drop at 9 a.m. ET. At 11:49 a.m., the Lay’s Twitter account tweeted that the drop was sold out.

On the surface, Lay’s Vodka sounds like a pretty gross concept, but it turns out that the spirit isn’t flavored like Lay’s chips but simply distilled from the same potatoes that make them. This sounds like a better idea than Arby’s Vodka, which was flavored and spiced to taste like the fast-food chain’s french fries.

Lay’s potato chips are made from a proprietary variety of potatoes developed by Frito-Lay scientists.

“For decades, Lay’s has created joy through iconic chips and delicious flavors,” the company said, per Yahoo. “Now, just in time for holiday festivities, the iconic potato chip brand is transforming its signature, proprietary potatoes into a one-of-a-kind vodka.”