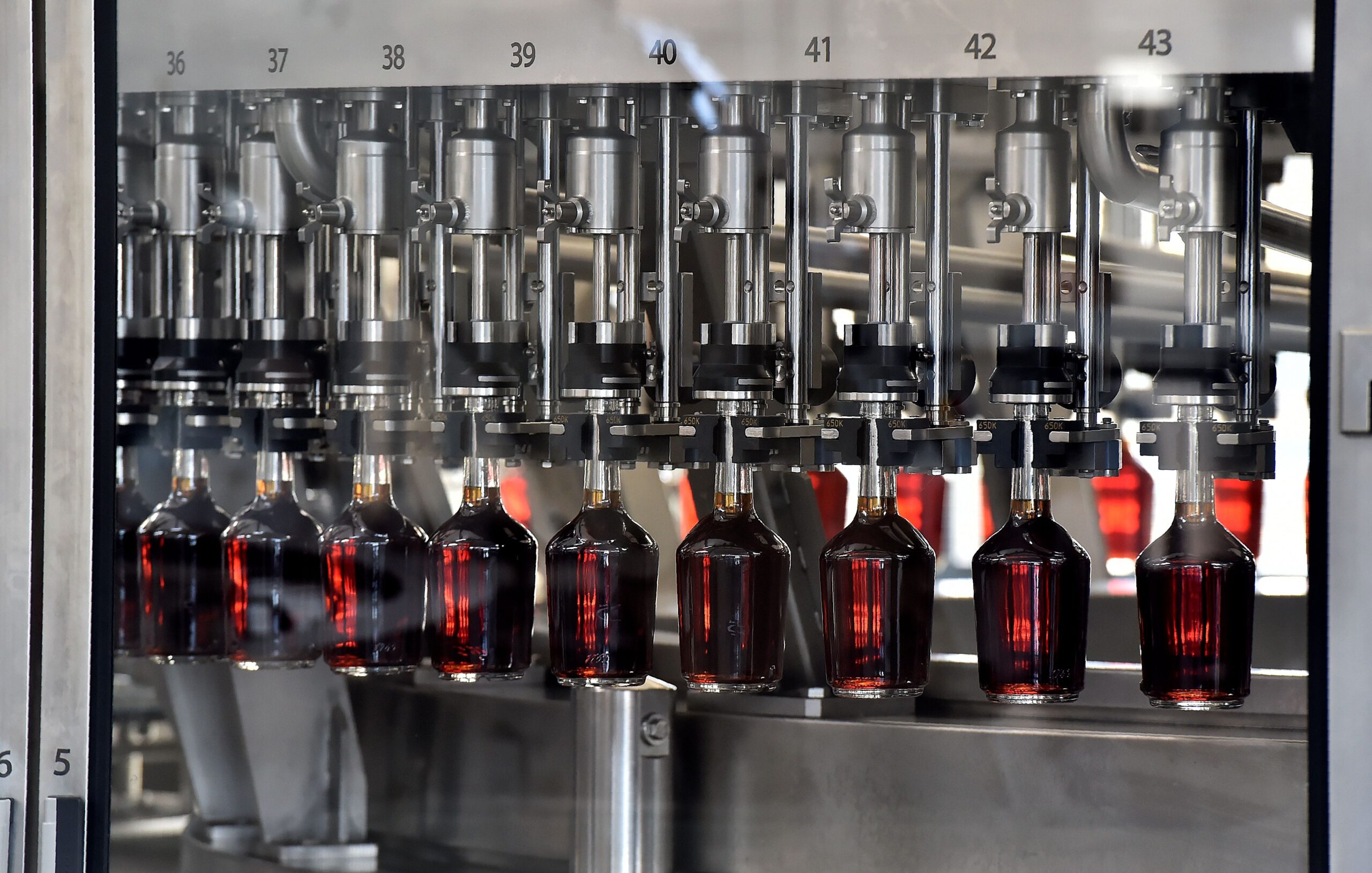 Bottles of cognac are pictured at the world leader for the production of Cognac Hennessy’s new bottling plant on October 18, 2017 in Salles-d’Angles. A glass shortage is having a brutal effect on U.S. distillers. (Photo: GEORGES GOBET/AFP via Getty Images)

COVID-19-related supply-chain issues have led to an ongoing shortage of many materials and products throughout the world, but one shortage has been especially damning for the spirits industry: glass.

Shortages have caused some states, Pennsylvania, New Jersey and Virginia among them, to limit the amount of alcohol customers can purchase at stores.

Rhode Island is another state struggling; the Boston Globe on Wednesday published a story detailing the struggles faced by the state.

Rhode Island Spirits was one company quoted in the story. The company shut down due to the pandemic in March 2020 and hasn’t had an easy time since reopening. A lack of glass bottles has caused immense difficulty. In October, the company received only half of the order it placed in June.

“I mean, how often are you allowed to call your bottle broker each day? We’ve been fighting the bottle war for a year now,” co-owner Kara Larson told the Boston Globe.

It is a frustrating quandary; these companies have everything they need to make their spirits but nothing to put them in.

Manya Rubinstein, co-founder of Rhode Island’s Industrious Spirit Company, told The Boston Globe that her company was forced to look outside off Rhode Island for manufacturing companies.

“Sometimes I wish we weren’t part of a global supply chain,” Rubinstein said.

The issue is compounded by the season; winter holidays are a time for peak sales, and a low supply of bottles could be especially damaging.

“We’ll get through the holidays,” said Larson. “But if we don’t get some bottles in four months, that’s when I’m really going to start panicking.”