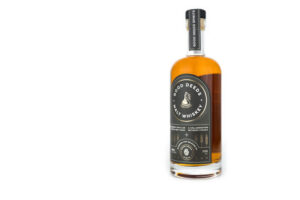 Good Deeds Spirits is a new group of distillers and friends committed to being a force for good in the spirits industry.

Each spirit Good Deeds releases will benefit a different nonprofit — hence the name Good Deeds. Its first project is a single malt whiskey whose proceeds will go toward the STEPUP Foundation.

The STEPUP Foundation offers a spirits training program designed to provide opportunities to underrepresented individuals in the industry.

According to Seelbach’s, which sells the whiskey, Good Deeds Malt Whiskey was created in February from 10 donated whiskeys. Blenders Johnny Jeffery (Bently Heritage Estate Distillery), Randy Hudson (Triple Eight Distillery), Reade Huddleston (Headframe Spirits) and John McKee (Headframe Spirits) blended for two days in Butte, Montana. The whiskey was blended on-site, then returned to used Bourbon barrels to marry for five months before proofing down to 46% for bottling and release. 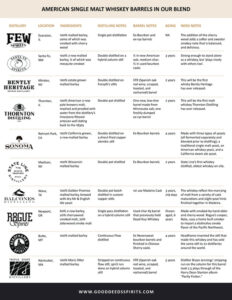 Color: Medium Amber with flashes of gold and copper.

Finish: Long, with evolution on the back palate.

This is an exciting collaboration among many well-known distillers. It’s refreshing to see so many different brands come together and grow inclusion in the industry. We can’t wait to see the next limited-edition whiskey released, and more importantly, the following good deed that comes from it.