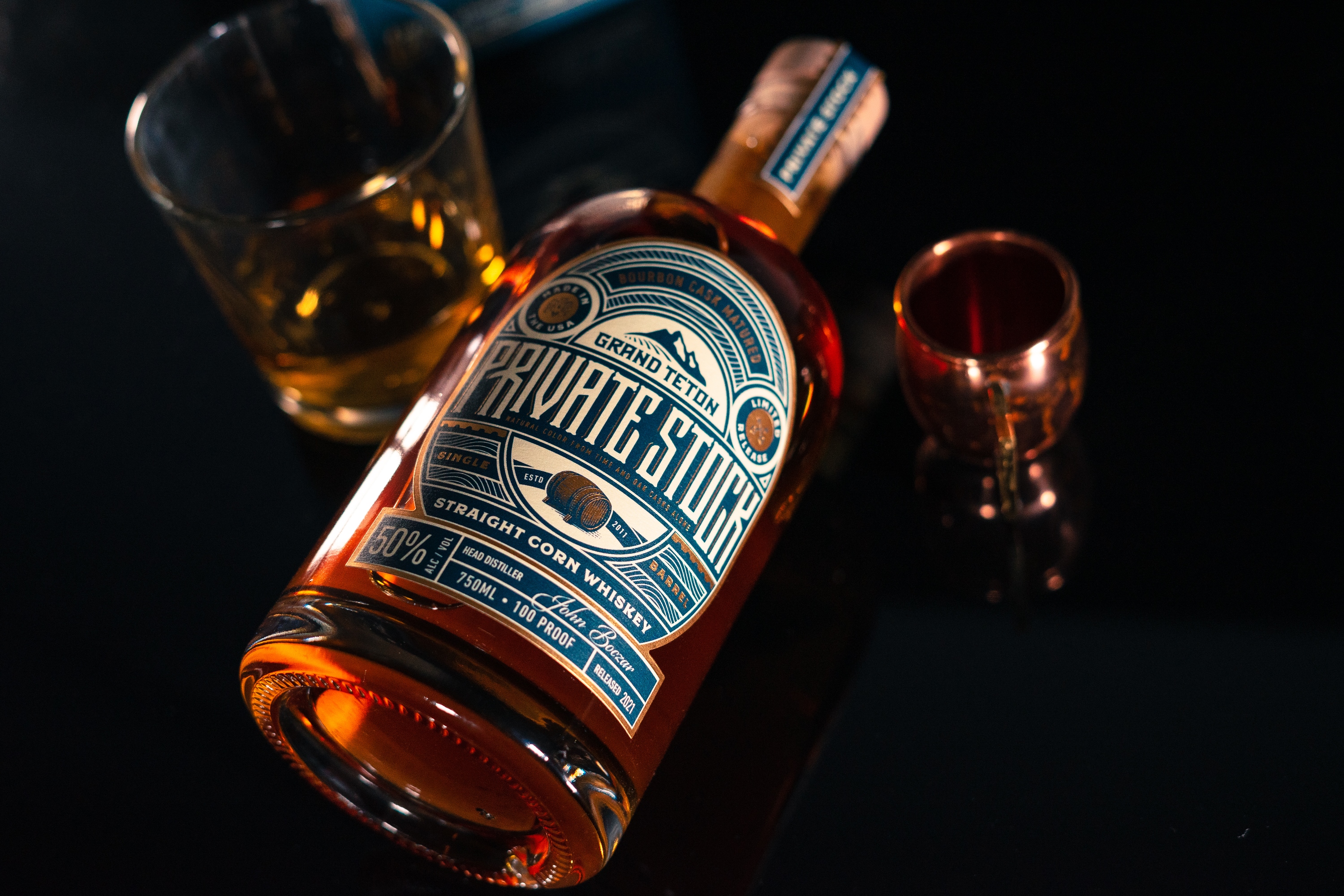 Grand Teton’s Private Stock Whiskeys are limited-release barrels that are selected, proofed with pure mountain water and hand-bottled, according to a news release.

The Private Stock Straight Corn Whiskey is Grand Teton’s longest-aged spirit to date. Each bottle is hand-numbered with barrel and bottle numbers and is sold in an embossed gift box. It is bottled at 100 proof and has a suggested retail price of $79.95 for a 750-milliliter bottle.

The Private Stock Straight Corn Whiskey is distilled entirely from local Idaho corn and was aged for 6.5 years in American white oak Colter’s Run bourbon barrels. Launched to commemorate the distillery’s 10th anniversary, only nine barrels of this limited-edition whiskey will be released.

“We’re thrilled to share this special whiskey as we mark our 10 year anniversary,” said John Boczar, head distiller at Grand Teton Distillery, in the release. “The taste has exceeded our expectations and we’re looking forward to sharing it along with future Private Stock whiskies with whiskey lovers, collectors and those looking for something that really lets our craft shine.”

In late August, Grand Teton Distillery announced plans to expand its property to increase production and build a tasting room capable of holding 50 guests. Part of that plan was to add solar panels to be more environmentally friendly.