Who Knew? Hamsters hold Their Liquor Ridiculously Well — and Love to Drink 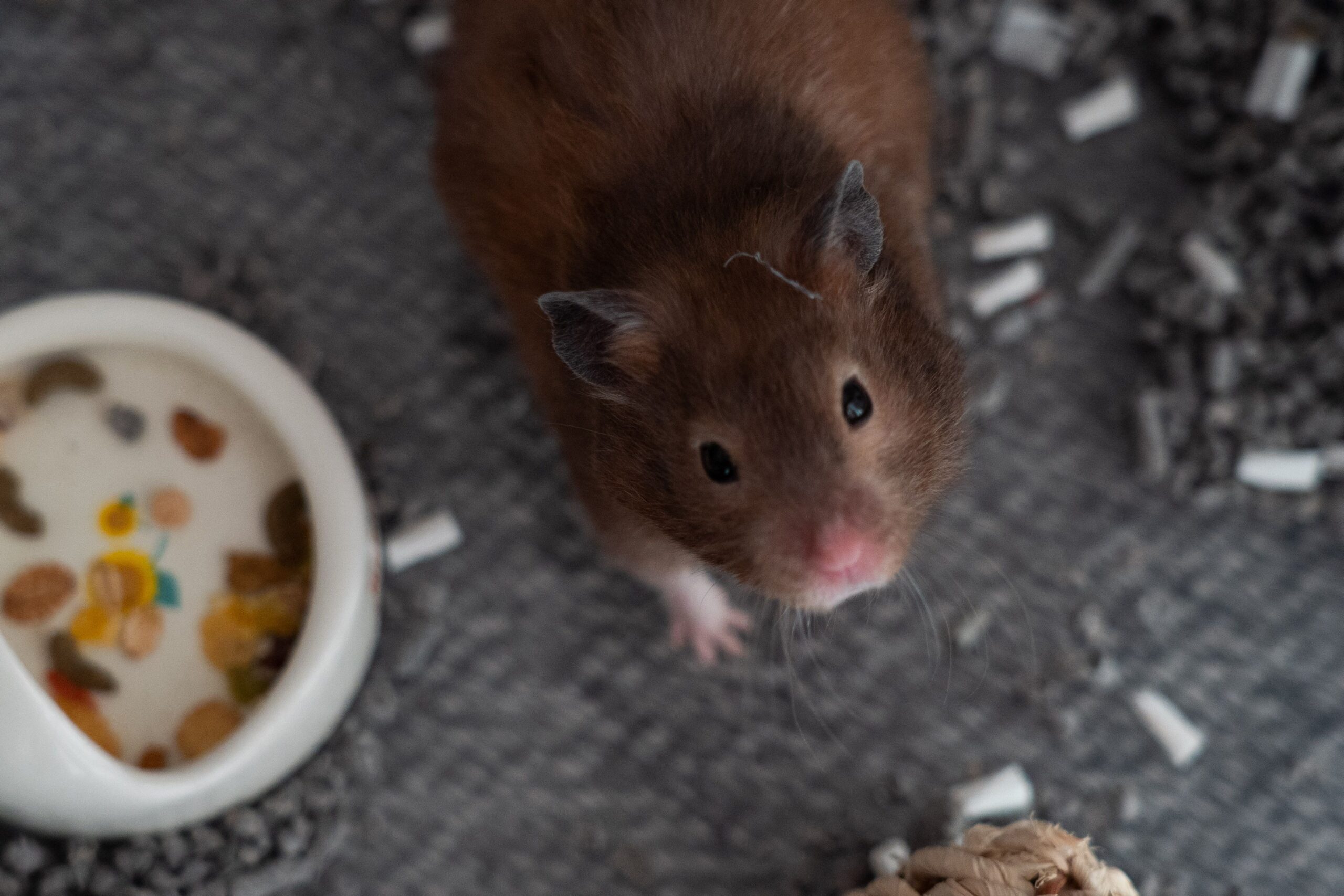 A two-year-old hamster named “Ring” looks on from a cage Jan. 19 in Hong Kong. Did you know that hamsters enjoy booze and have a very high tolerance for alcohol? (Photo by Bertha WANG / AFP) (Photo by BERTHA WANG/AFP via Getty Images)

If you’ve ever wondered which animal was the best at handling booze (which you probably haven’t; that’s a pretty bizarre thing to think about), you probably thought it would be one of the bigger members of the animal kingdom. An elephant, perhaps. Or maybe a hippopotamus or rhinoceros.

Elephants, it turns out, are total lightweights. They lack a gene for metabolizing alcohol. It turns out, the real booze fiends are the tiny, chubby-cheeked rodents known for running on wheels.

“You just put a bottle of unsweetened Everclear on the cage and they love it,” Gwen Lupfer, a psychologist at the University of Alaska Anchorage who has studied alcohol consumption in hamsters, told The Atlantic.

Hamsters regularly consume 18 grams per kilogram of body weight a day, the alcoholic equivalent of a human drinking a liter and a half of 190-proof Everclear. In the wild, hamsters hoard ryegrass seeds and fruit, which they eat as they ferment and grow more alcoholic over time.

Out of the wild, in lab settings, hamsters will choose booze over water, according to The Atlantic.

“You could take a hamster right from the pet store and give it grain alcohol,” Danielle Gulick, an addiction researcher at the University of Florida, told The Atlantic. “It would happily drink.”

And it’s not just that they love booze; hamsters have a remarkably high tolerance for the strong stuff. According to Lupfer, hamsters have livers that are extremely efficient when it comes to breaking down ethanol, which leads to very little alcohol actually making it through to the bloodstream.

Hamsters’ impressive handling of alcohol isn’t totally new information; a study in the 1950s found that the little guys could outdrink lab rats.

Hamsters’ alcohol tolerance is likely an adaptation to their hoarding lifestyle, according to The Atlantic. They would have a tough time getting through the winter without hoarding food, and when that food fermented, the hamsters would need to be able to consume it without growing ill.