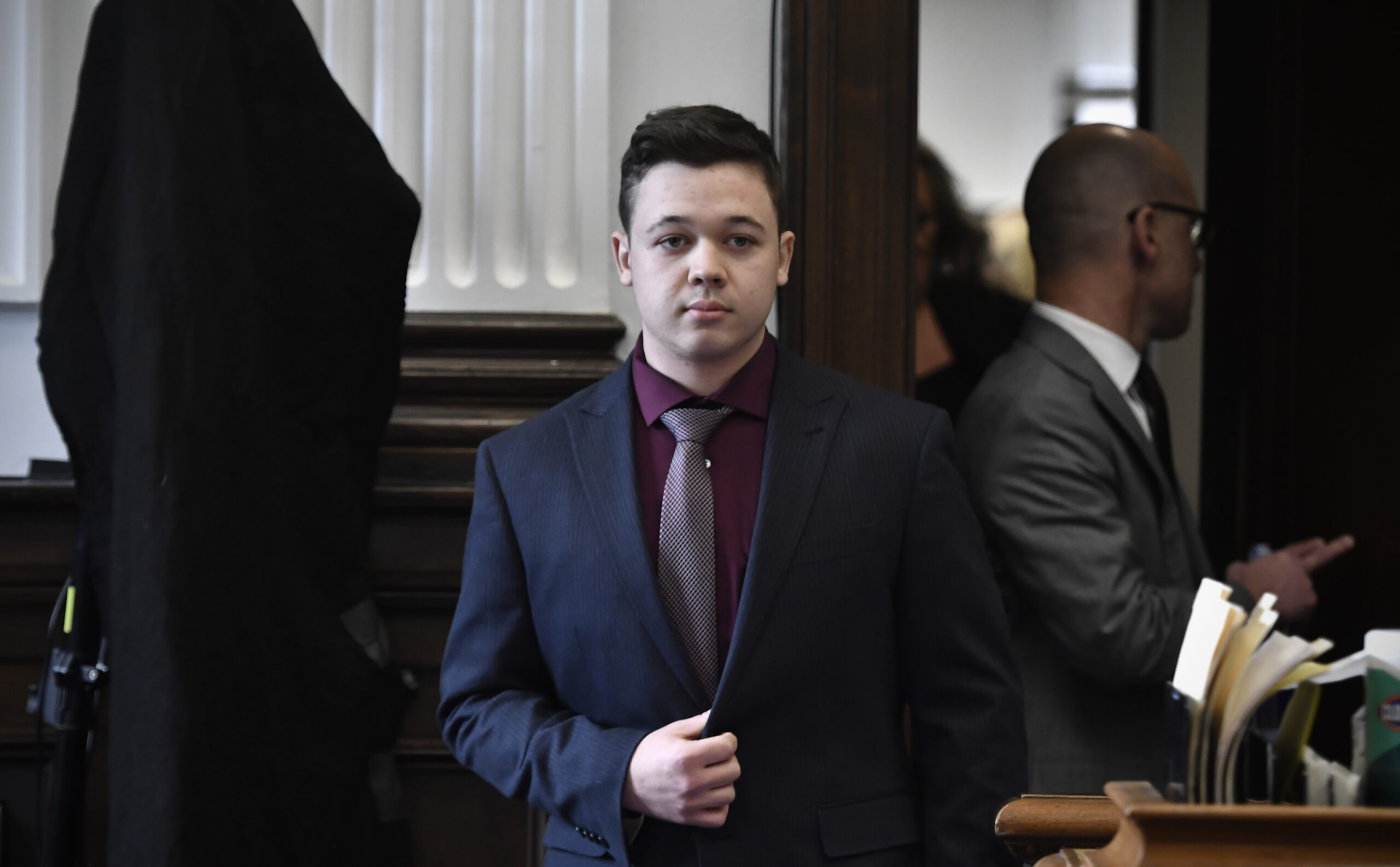 Kyle Rittenhouse enters the courtroom to hear the verdicts in his trial prior to being found not guilty on all counts Nov. 19 at the Kenosha County Courthouse in Kenosha, Wisconsin. (Photo by Sean Krajacic – Pool/Getty Images)

Heaven Hill Brands, The United States’ largest independent, family-owned and operated producer and marketer of spirits, took to Twitter on Sunday to express its disapproval of consumers celebrating the not guilty verdict in the case of Kyle Rittenhouse, who shot three men with an assault rifle, killing two of them, during a protest against police brutality in Kenosha, Wisconsin, last year.

“We have been disheartened to learn that some individuals and businesses have been using our Rittenhouse Straight Rye Whiskey brand to celebrate the Kyle Rittenhouse case verdict, despite the profound loss of life from those events,” Heaven Hill wrote on Twitter. “There is no link between our Rittenhouse Rye brand, which was started post-prohibition to commemorate Rittenhouse Square, and this case. It is our strongly held belief that in serious matters such as this, where lives were lost and people deeply affected, there is no cause for celebration, but instead deep reflection on how we can make the world a more peaceful and respectful place for all.”

Indeed, a quick search reveals a great number of tweets regarding celebrating the verdict with Heaven Hill’s rye. “Bartender, give me a Rittenhouse Rye on the rocks and make it a double! Justice has been served,” wrote one user.

The replies to Heaven Hill’s tweets were a mixed bag, with many users applauding the brand’s stance (“Another reason why I love Heaven Hill,” replied one user) but others arguing that brands shouldn’t take stances on politics, and a few tweeters even vowing to stop drinking Heaven Hill. “@BuffaloTrace now has ALL of my family’s business. #cowards,” replied one user. “How will they survive?” another profile sarcastically retorted.

Through much of September and October, Heaven Hill workers went on strike over labor contract disputes but came to an agreement with the company last month on a five-year contract agreement.