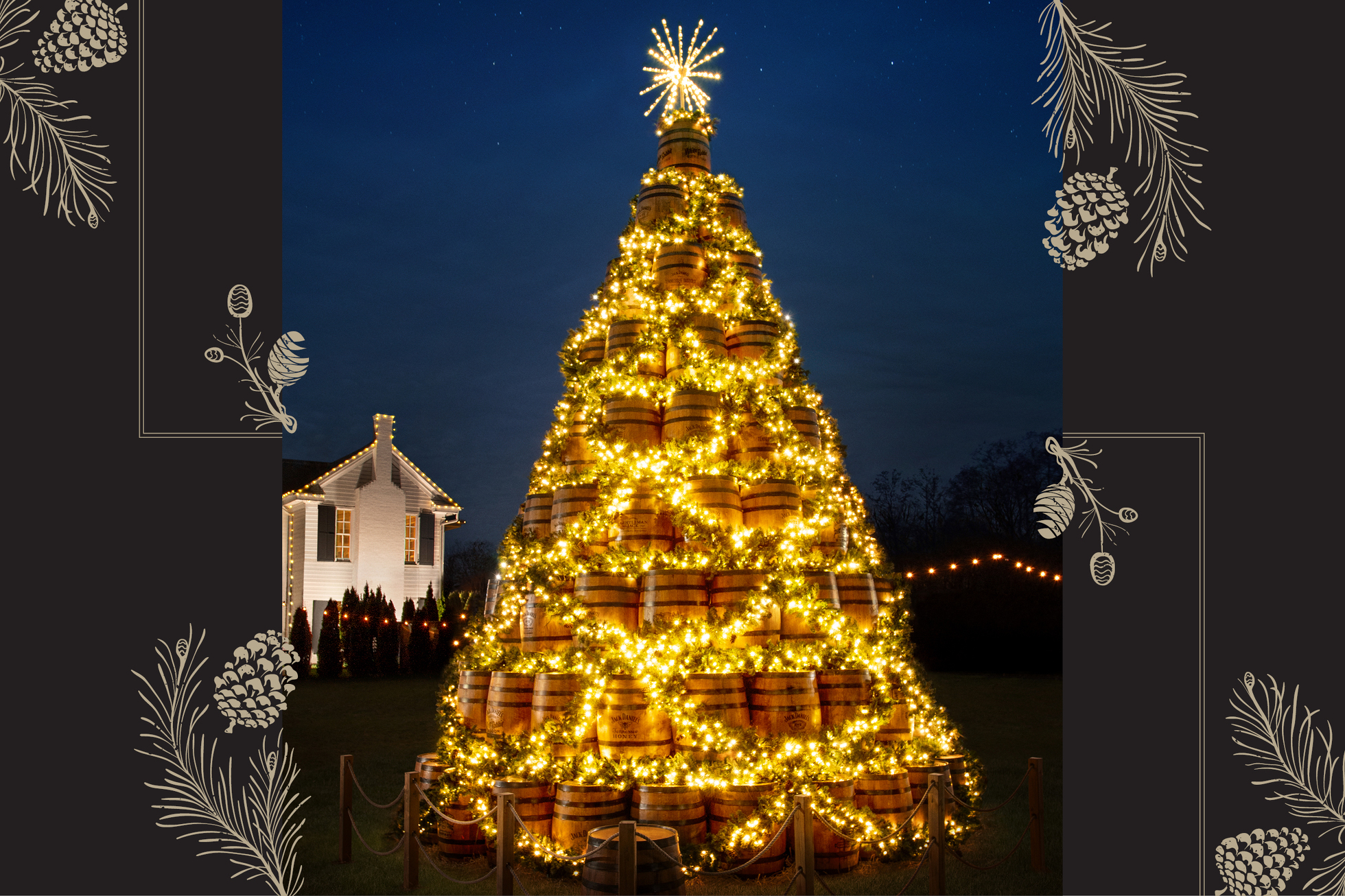 To raise money for Jack Daniel’s “Operation Ride Home” program, a collaboration with Armed Services YMCA, the top barrel on each “tree” will be auctioned off (no whiskey included with barrel sales), starting at $500. Each barrel will be signed by Master Distiller Chris Fletcher and customized with laser engraving.Those who wish to enter the bidding can do so at Jack Daniel’s website.

Since Jack Daniel’s teamed up with the Armed Services YMCA in 2011, the two groups have assisted 8,583 individual junior-enlisted service members and their families, according to Jack Daniel’s.