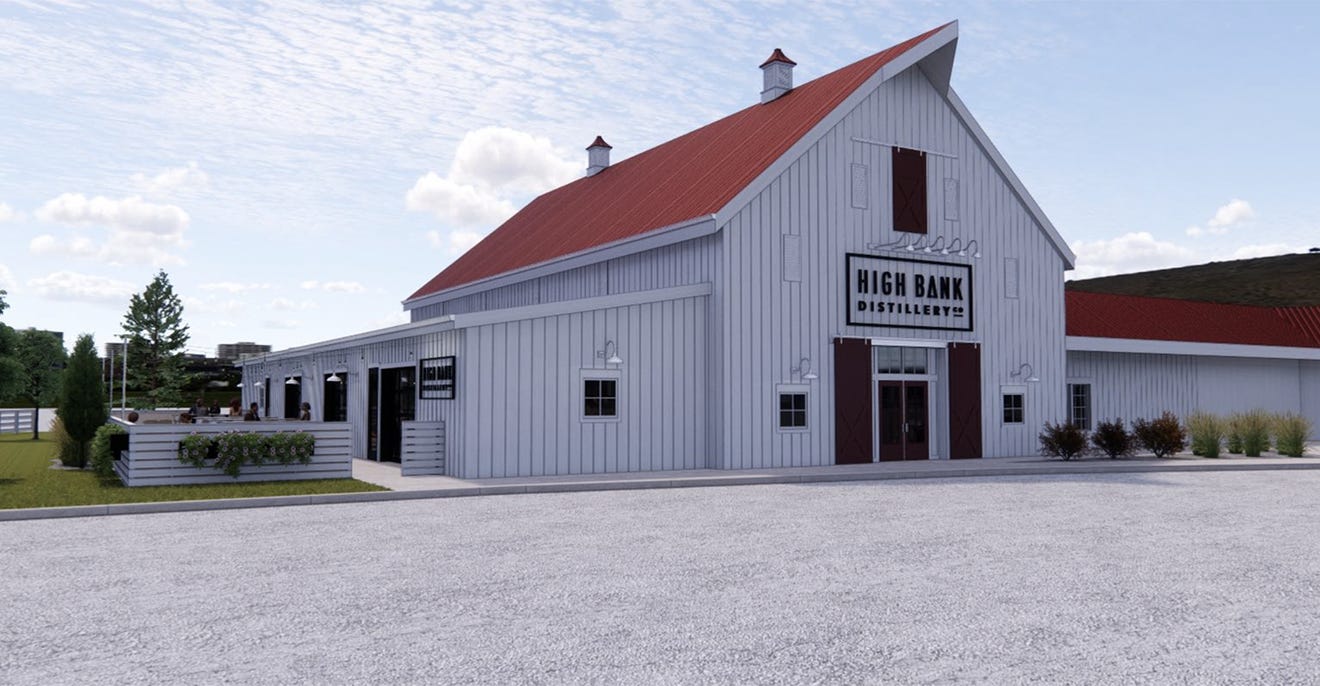 A rendering of High Bank’s second location in Gahanna, Ohio, is shown.

The second distillery will be 7,500 square feet and will include a bar, restaurant and retail store, plus barrel storage. High Bank co-founder Jordan Helman told Columbus Underground that guests love High Bank’s current atmosphere and open space, so the goal with the new location is to recreate that atmosphere.

“Since opening in 2018, the goal for our distillery has always been to create the best product for our customers,” master distiller and co-founder Adam Hines said. “This means focusing on quality and bringing an uncompromised approach to everything we do. With our new location, we are excited to be able to share our award-winning, nationally recognized spirits with more of the Columbus community.”

“Quality of life amenities continue to be a defining factor for our residents and businesses alike. High Bank Distillery brings a new experiential dining option to the City of Gahanna, expanding the unique offerings within our community and growing our presence as a hub for quality dining and entertainment in the Gahanna/New Albany area.”

High Bank’s expansion is yet another signifier of spirit-industry success. Barton 1792 recently announced a $25 million expansion, while Buffalo Trace is in the midst of a $1.2 billion expansion. James E. Pepper also broke ground on its first warehouse last month.

With all of those Kentucky distilleries and more finding massive success, it’s nice to see that distilleries in other states — such as Ohio — are thriving, as well.