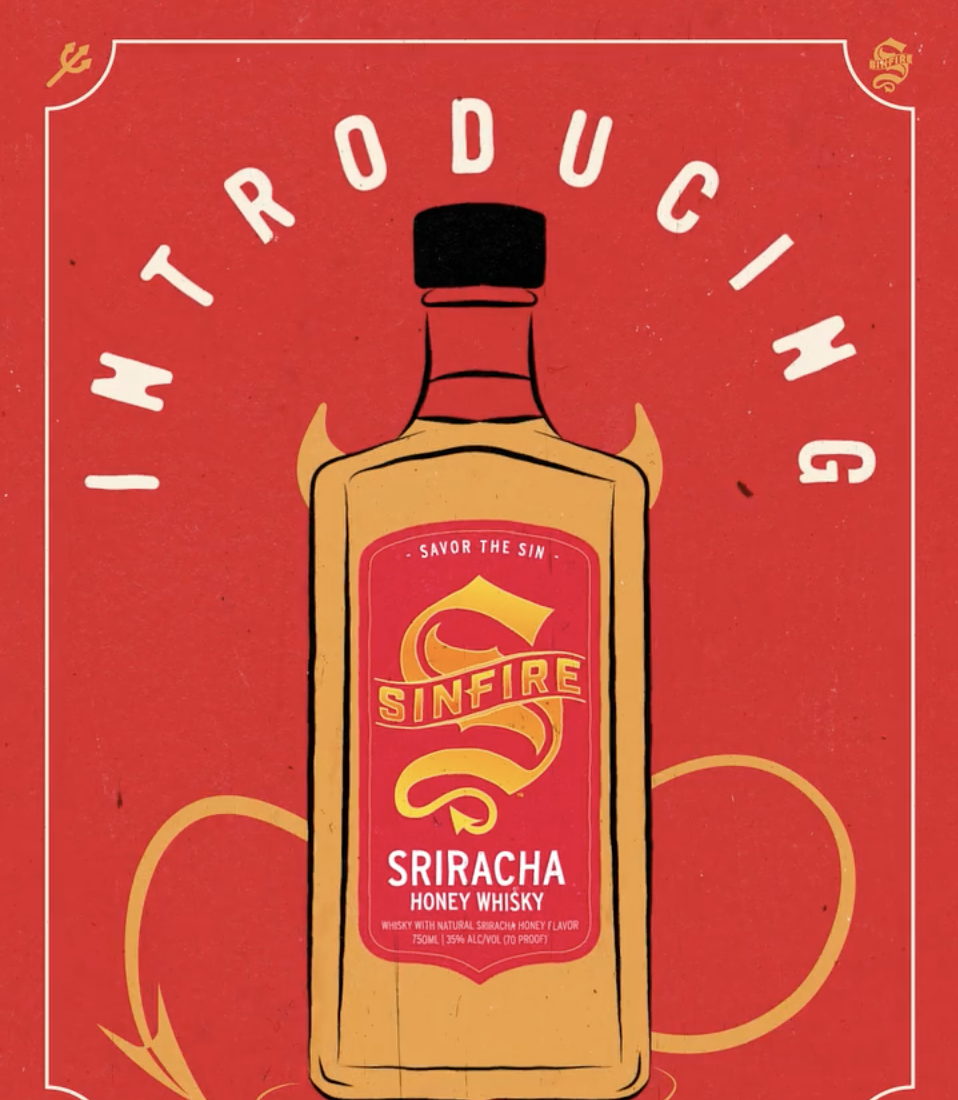 Remember when George Dickel announced a Tabasco-barrel-aged whiskey, and everyone thought it was an April Fool’s joke? And then it wasn’t? So do we.

For better or worse, the hot-sauce whisky trend didn’t end there. Oregon’s Hood River Distillers has continued it with the announcement of the latest whisky in its Sinfire line: Sinfire Sriracha Honey Whisky.

“We are very excited to shake things up in the flavored whisky category with such a unique and exciting flavor combination. The blend of Sriracha and honey takes the consumer on a rollercoaster of flavors from sweet to spicy and back again,” said Zack Crowe, Marketing Brand Manager at Hood River Distillers, in a news release.

Sriracha Honey Whisky is bottled at 35% ABV — the same as George Dickel’s Tabasco release. The relatively low proof means it is classified as a flavored whisky rather than a bourbon or straight whisky.

Hood River recommends consuming the drink as a chilled shot but says it also can work as a way to give cocktails a “serious kick.”

Sinfire Sriracha Honey is currently available in Oregon and Washington, and Hood River says it will be rolled out to more states in the near future with a suggested retail price of $15.95 for a 750-milliliter bottle.

The other Hood River Sinfire flavors are cinnamon, apple cinnamon and vanilla cinnamon.

So, we haven’t tasted this one yet. But a sriracha-flavored whisky selling for $16 a bottle, which for some reason includes Smarties candy in its flavor description, doesn’t inspire much confidence.

But who knows? Maybe it’ll surprise us