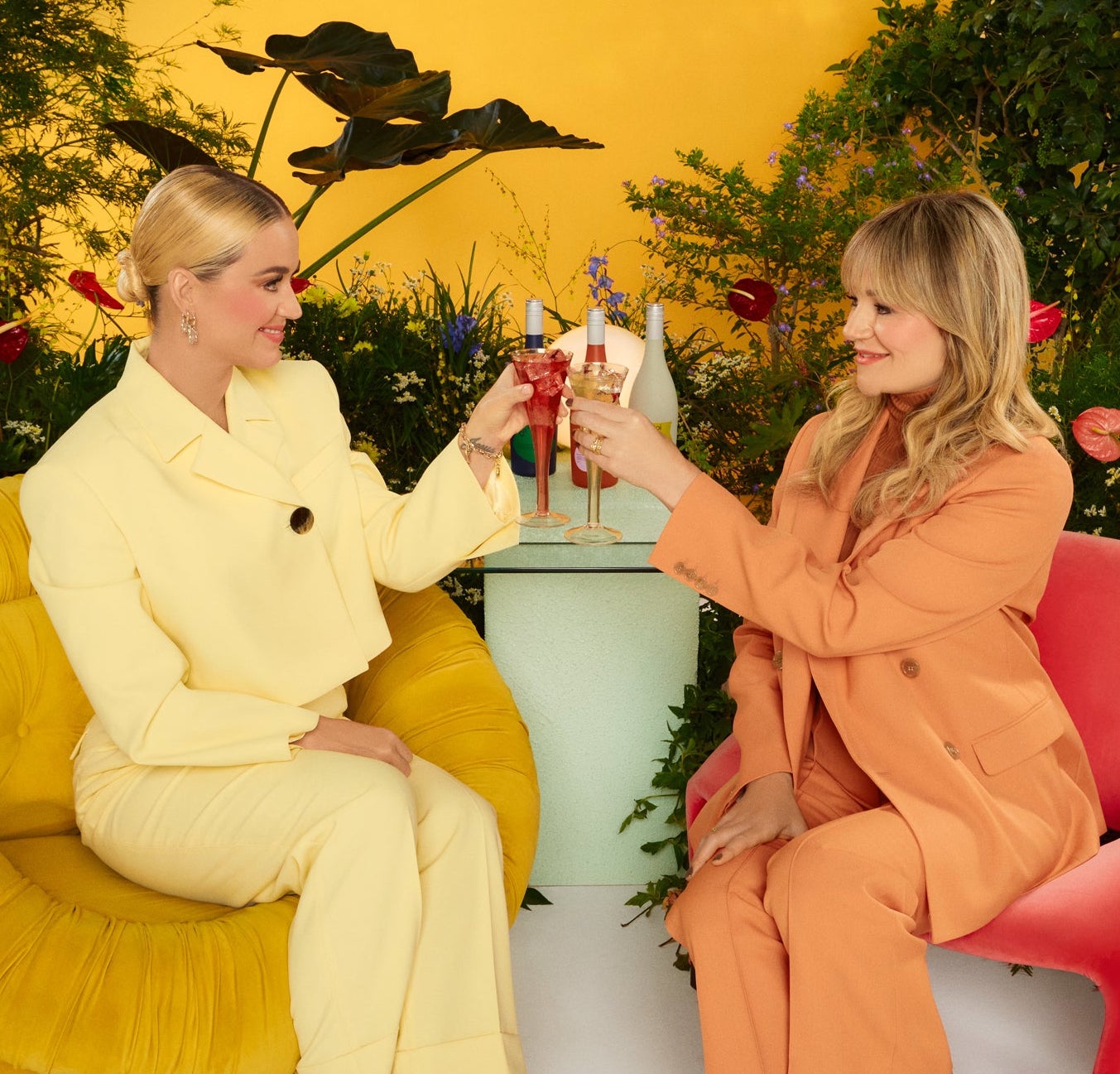 Pop star Katy Perry announced Monday the release of De Soi, a line of nonalcoholic, sparkling aperitifs. “Just in time for SOBERUARY,” she wrote on Instagram, using a term for Dry January that she definitely just made up.

Perry went on to write that the aperitifs are full of “feel-good adaptogens like maca and reishi mushroom.” De Soi, which Perry said on Instagram is meant to help drinkers “create, relax and ease into the night,” comes in three flavors: Golden Hour, with citrus and lemongrass; Champignon Dreams, with reishi mushroom and passion flower; and Purple Lune, with ashwagandha and tart cherry. All three flavors contain green tea.

Consumers can purchase 750-milliliter bottles at drinkdesoi.com for $25 each or a variety pack, which comes with one bottle of each flavor, for $70. The website also offers a subscription service, which allows consumers to save 15% on every order.

A no-alcohol product is much more in-line with Perry’s current image than her old one; now the mother of a one-year-old child, Perry is a few years removed from her old partying, boozing persona. When Perry was unable to drink due to being pregnant with her now-daughter, she discussed wishing she could have a drink.