Andy Beshear to be Presented With $3.4M for Tornado Relief
American 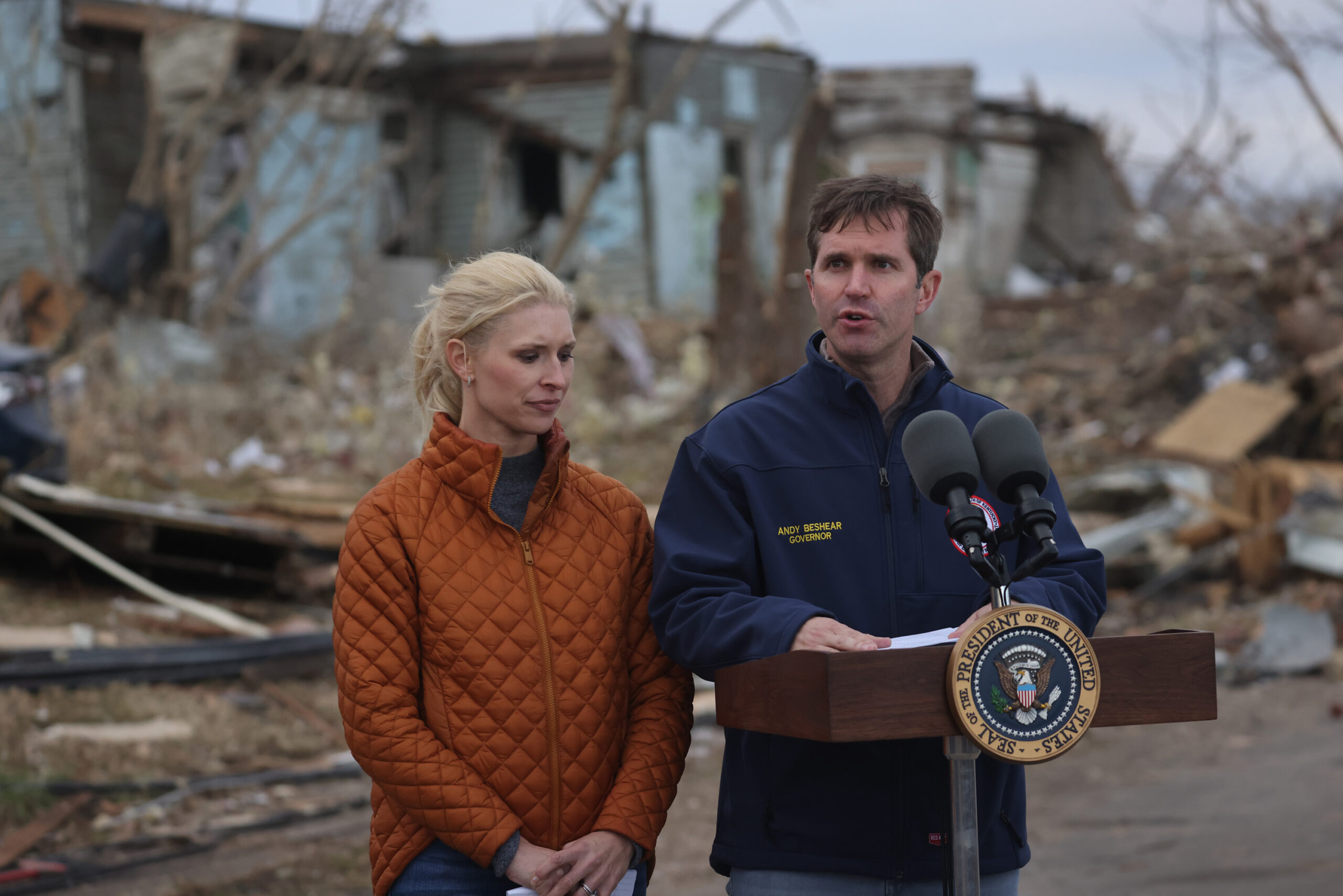 The Kentucky Bourbon Benefit, a group formed by The Kentucky Distillers’ Association, the Bourbon Crusaders and famous bourbon curator Fred Minnick to raise funds to help Kentucky recover from a Dec. 10 tornado that annihilated communities in the western portion of the state, will present the money it has raised to Kentucky Gov. Andy Beshear on Tuesday.

The Kentucky Bourbon Benefit tripled its goal, raising $3.4 million via a six-day auction of rare bottles and private barrel selections. It will present that $3.4 million, in check form, to Beshear.

The event will take place at 1 p.m. Tuesday at Capitol Rotunda on 700 Capitol Ave., Frankfort, Kentucky.

When the Kentucky Bourbon Benefit announced its formation and mission, it drew praise from Beshear, who said, “I appreciate our signature Bourbon industry quickly stepping up to raise much-needed money for Kentucky families that have lost so much in this tragedy.”

Proceeds from the benefit are going to the Team Western Kentucky Tornado Relief Fund.

Aside from the Kentucky Bourbon Benefit, Beam Suntory donated $1 million and Wild Turkey $50,000 to tornado relief.

A Lexington priest donated nearly $17,000 that he raised by selling a rare bottle of Buffalo Trace 1995 O.F.C. Vintage Bourbon and a University of Kentucky basketball that he had signed by Kentucky Coach John Calipari and blessed by Pope Francis.