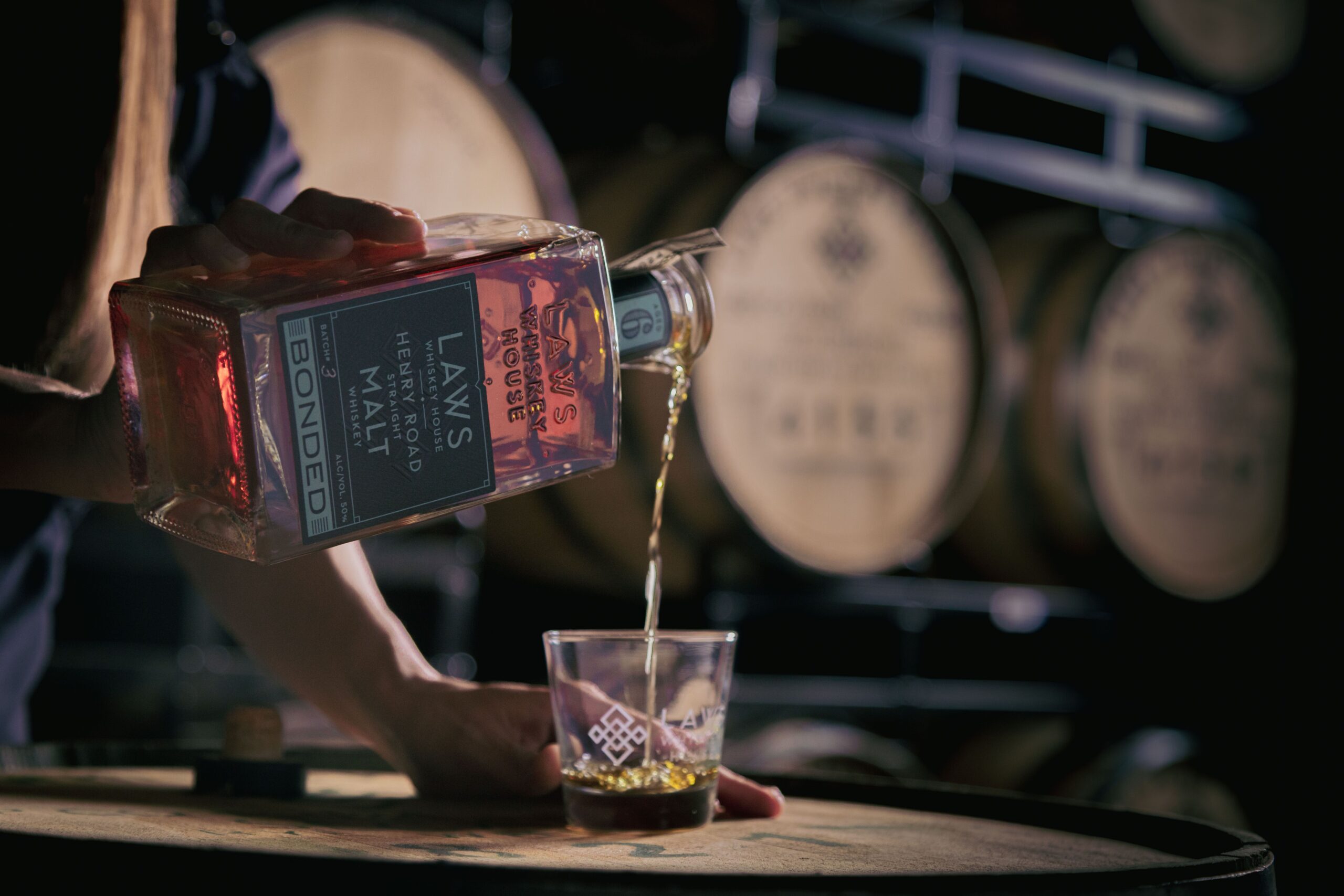 Denver, Colorado-based distillery Laws Whiskey House on Thursday announced the third release of its Bonded Henry Road Straight Malt Whiskey. The limited seasonal release will be available in key markets across the country starting Friday for a suggested retail price of $79.99.

The Bonded Henry Road Straight Malt Whiskey is made using an heirloom barley variety that, according to Laws Whiskey House, commercial farmers stopped using due to its low yield. Wayne Cody of the Cody Family Farm and Colorado Malting Company, however “found its unstripped and robust flavor too valuable to let go,” Laws Whiskey House wrote in a news release. Now, Cody grows this barley for Laws Whiskey House in a field alongside Henry Road, which the whiskey is named for.

This whiskey’s mash bill is 100% heirloom malted barley, made with various malts from the Cody Family Farm, including crystal malt, chocolate malt and biscuit malt. The whiskey is cooked, fermented and distilled on-grain — meaning that the distillery combines all of its grains prior to cooking, fermenting and pumping to the still for distillation. Per Laws, this unusual process imparts a “signature nuttiness” to the distillate.

“At Laws, we pride ourselves in seeking out the distinct flavors of each American mother grain in our whiskeys,” Founder Al Laws said in the news release. “We believe that the soul of whiskey is comprised of the people who grow the grain, the people who make the whiskey, and the people who drink it. We’re excited to be on this journey of Laws’ commitment to creating exceptional Bottled-in-Bond whiskey and we hope you enjoy this special whiskey as much as we do.”

Laws filled seven 53-gallon, #3 char American white oak barrels in the summer of 2016, leading to a yield of 1,464 750-milliliter bottles after six years of aging.

The latest Laws release meets the standards of the Bottled in Bond Act of 1897.

Taste: Finishes dry and lingers on the palate, and its unique candy-like flavor boasts notes of sweet peanut brittle, hazelnuts, and a walnut depth. You’ll also find fruity notes of apple with a background of melon rind and seagrass.