After making stops in cities including Austin, San Diego, San Francisco and St. Louis, The Brick Bar, a Lego-inspired pop-up bar built out of more than 1 million blocks, is headed to Indianapolis on March 19. Tickets are on sale now for $22 a person. Those who wish to attend can sign up for a 90-minute timeslot between 11 a.m. and 11 p.m.

The bar will feature sculptures made completely from building blocks and “an abundance of blocks for people to shape into their own creations.” Local DJs will play music all day. There will be “lots of prizes to be won for the best builders,” according to the event description.

The bar also features table tennis played on a table made from 22,500 bricks. 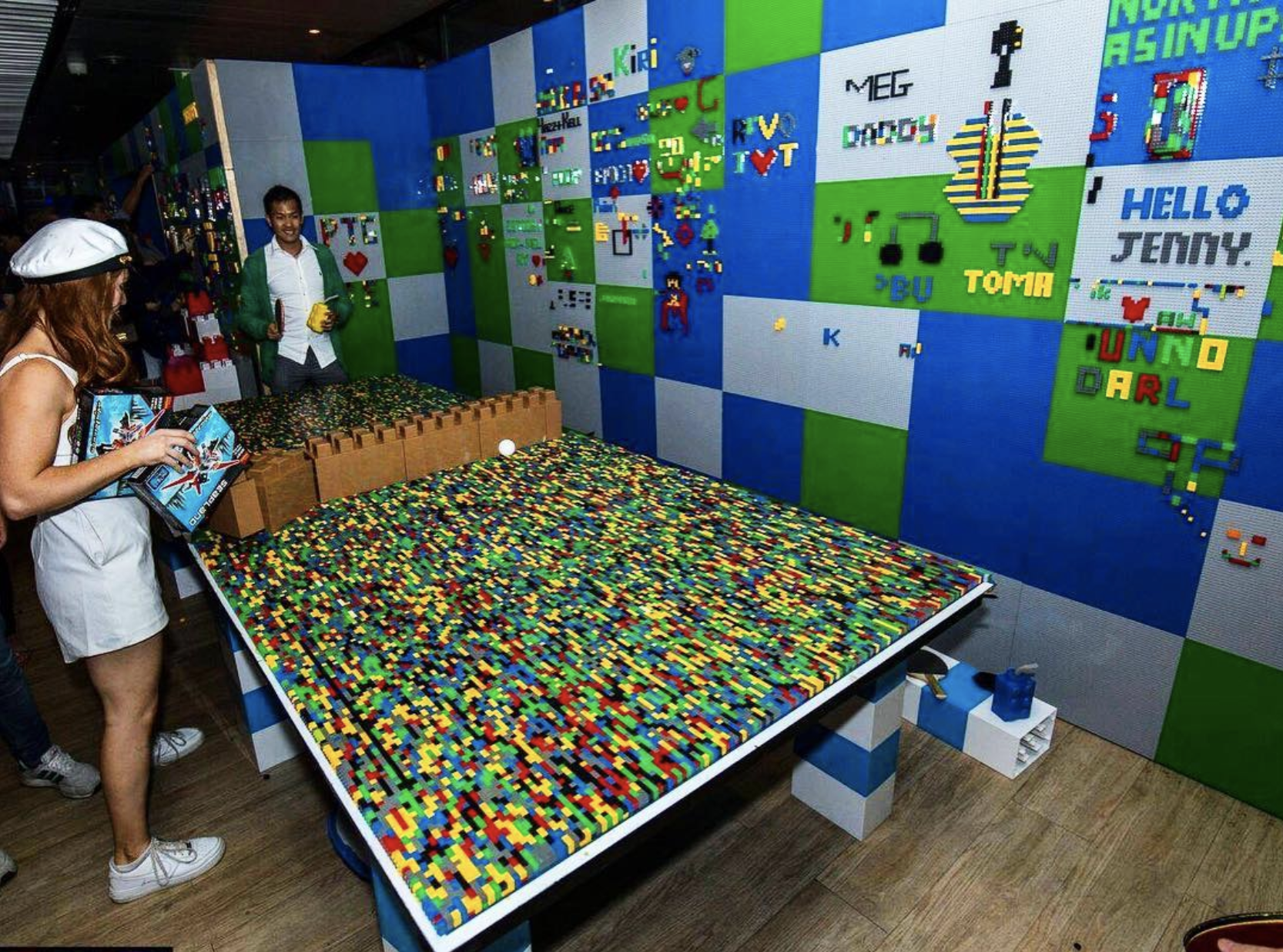 The Brick Bar’s table tennis table is made out of 22,500 lego bricks. (Photo: The Brick Bar)

Children 5 and under will be welcomed in free of charge, but after 6 p.m., the bar will be restricted to those 21 and older.

The venue has yet to be announced and will be revealed to ticketholders at a later date.

The Brick Bar has been touring the world since 2018 and has made stops in at least 14 cities.