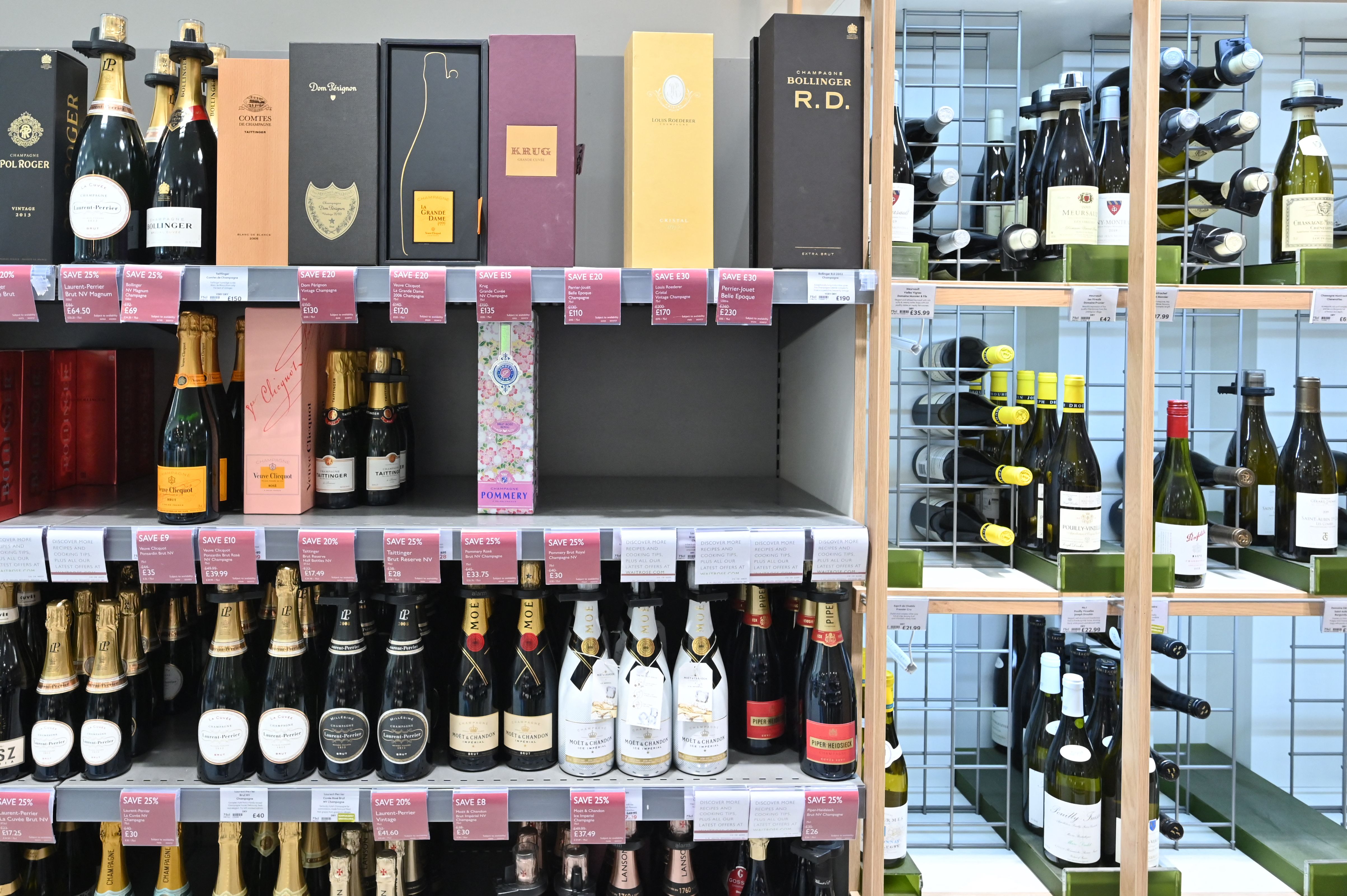 Partially filled wine shelves are seen in a supermarket July 22 at Nine Elms, south London. Liquor shortages are wreaking havoc on the U.S. and Britan. (Photo by JUSTIN TALLIS/AFP via Getty Images)

During the early lockdown days of the COVID-19 pandemic, retail alcohol sales skyrocketed as bars shut down and consumers had no option but to drink at home. As the demand increased, the supply struggled to keep up. And as bars and restaurants have reopened, shortages haven’t stopped. Last week, the chairman of the North Carolina Alcoholic Beverage Control Commission resigned, citing stress about supply issues. Vermont, New Jersey and Ohio are among states facing shortages. Add Virginia and Pennsylvania to that list, too. Both states are limiting the amount of alcohol customers can buy.

Last week, the Pennsylvania state board in charge of consumer liquor sales announced it would limit customers to purchasing two bottles a day when it comes to 42 beverages including Hennessy cognac, Buffalo Trace bourbon and patrón tequila.

That shouldn’t pose much of an issue for everyday customers — two bottles per day are typically more than enough — but the limit also applies to restaurants in bars in Pennsylvania, which poses a much more serious threat. Two bottles of liquor for a few people during a night at home is more than plenty, but those two bottles go by very quickly when bartenders are serving hundreds or thousands of patrons a night.

In Virginia, customers are limited to buying a single bottle per day for certain brands.

In New Jersey, alcohol sales aren’t controlled by the state, so mandates like the ones in Pennsylvania and Virginia aren’t in place. But even in New Jersey, some stores have taken to rationing higher-end bottles.

“I don’t think anybody saw the kind of demand that we’re seeing right now — particularly in those high-end and super-premium products — coming,” said David Ozgo, chief economist of the Distilled Spirits Council of the United States, according to NPR.

One reason for the shortages is likely the U.S.’s complex three-tier system of alcohol distribution. But another, major issue is simply that spirits take a long time to make. Ingredients need to be grown, the spirits need to distill and age.

The U.S. is not alone in this problem. Britain is dealing with similar issues is already thinking about shortages during the December holiday season, according to The Drinks Business.