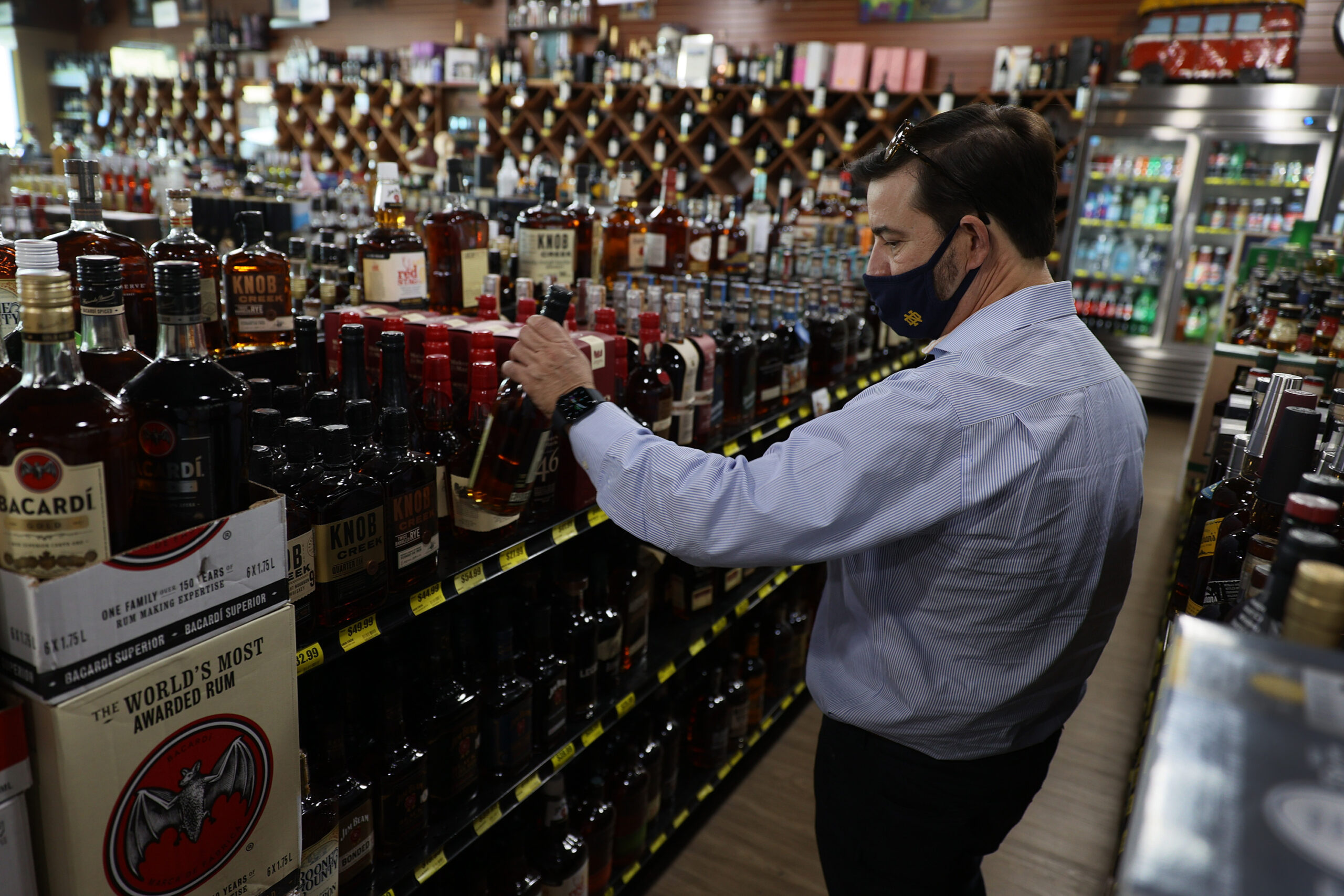 Ramon Baez shops for bourbon at Jensen’s Liquors on Feb. 3 in Miami, Florida. The Distilled Spirits Council of the United States’ new Luxury Brand Index showed that spirit sales in the U.S. have steadily grown since 2015. (Photo by Joe Raedle/Getty Images)

At the 2021 DISCUS Annual Conference in Austin, Texas, the Distilled Spirits Council of the United States unveiled its Luxury Brand Index, a new tool to analyze the sales of premium spirits brands. The tool tracks sales of brands in six major spirits categories — Cognac, American whiskey, Irish whiskey, Single Malt Scotch, Japanese whisky and Tequila — that sold for a retail price of $50 or more for a 750-milliliter bottle.

“Across all major spirits categories, consumers are captivated by the quality, exclusivity, and heritage of luxury brands,” said David Ozgo, DISCUS senior vice president for economic and strategic analysis, according to a news release. “The sale of luxury spirits brands has spiked 125 percent between 2015 and 2020, and demand for these prestige products is growing.”

Through the first half of 2021, luxury spirits brands are up 25%. LBI findings about each category:

Tequila: Since 2015, luxury tequila has grown at an annual rate of 30.7% and totals nearly 28 million bottles.

Cognac: Since 2015, luxury cognac has grown at an annual rate of almost 16% and now totals nearly 29 million bottles.