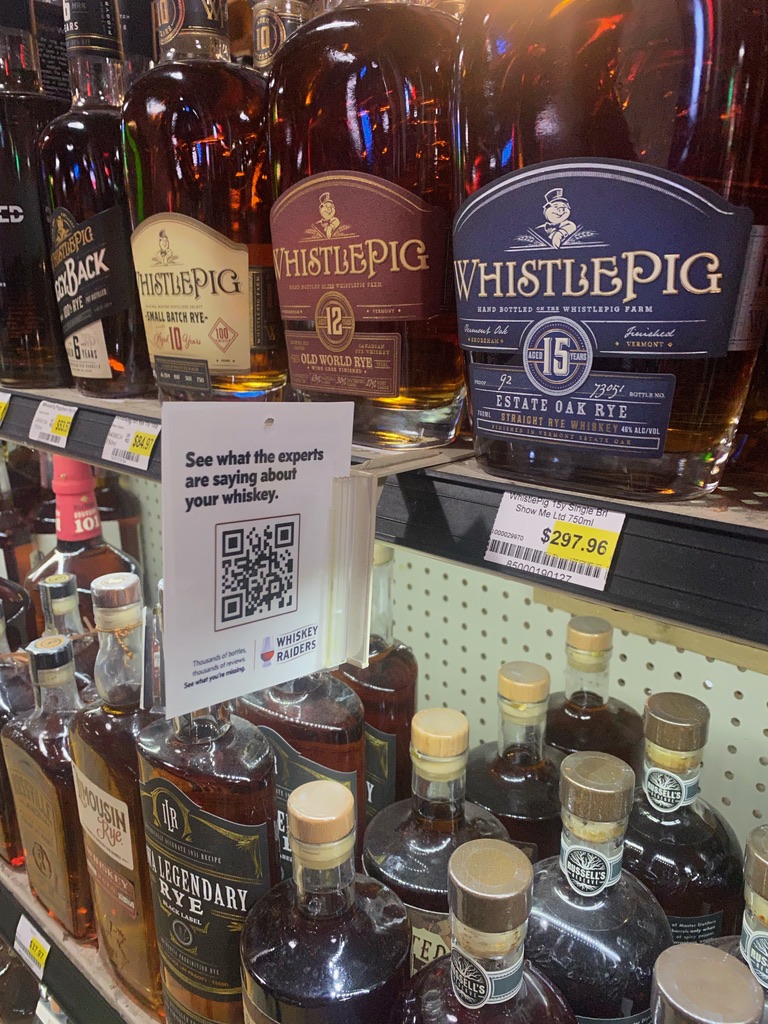 Whiskey Raiders and Macadoodles are teaming up to bring whiskey reviews to retail shoppers.

December 13, 2021 — Large midwest liquor retailer, Macadoodles, has announced a partnership with popular whiskey review site, WhiskeyRaiders.com, which will incorporate the site’s reviews in its whiskey/bourbon aisles to enhance the customers’ experience. In every aisle, there will be a QR code linking to Whiskey Raiders’ archive so that customers can see how the experts rate a particular whiskey before purchasing it.

With over 2,000 whiskey, bourbon and scotch reviews on its website, Whiskey Raiders is the single largest whiskey review source on the internet.

“It can be intimidating to purchase a new whiskey if you are not familiar with the brand,” said Andrew Eisbrouch, COO of Whiskey Raiders. “This partnership will provide Macadoodles’ customers with an in-store resource that can help them experiment with items out of their comfort zone.”

“We have a large group of customers who are enthusiasts for the ever-growing assortment of whiskeys and bourbons,” said Roger Gildehaus, founder and president of Macadoodles. “Leveraging technology to help customers learn more about available products will further enhance our renowned Customer Service.”

Macadoodles will be posting the Whiskey Raiders’ QR Codes immediately in stores. Whiskey Raiders will be expanding this initiative to other liquor retailers over the next few months, as well.

Whiskey Raiders is a one-stop shop for whiskey reviews and coverage founded by entrepreneur and journalist, Dan Abrams. The site aggregates individualized reviews from various top sites (including our own) into one centralized location and assigns one average score. Its in-house spirits expert is Jay West, better known across the internet as t8ke. Gear Patrol magazine labeled Jay “the most prolific whiskey reviewer on the internet” and readers can find him moderating some of the largest whiskey subreddits on Reddit like r/bourbon.

2016 Market Watch “Retailer of the Year” and 2021 Beverage Dynamics #3 in the Top 100 Retailers, Macadoodles is a midwest-based liquor retail chain with eight locations across Missouri and into Arkansas. With thousands of bottles of spirits, liquors, wines and whiskeys to offer, Macadoodles has found its place as one of the largest regional liquor retail chains in the United States. Macadoodles continues to build on this momentum and is actively expanding its eight-store footprint and seeking franchise investors.