Manhattan Will Have Its First Legal Whiskey Distillery Since Prohibition 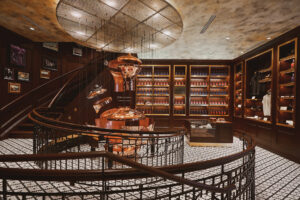 With the growing popularity of whiskey, it’s no surprise that Manhattan is taking advantage of the trend with the city’s first whiskey distillery since prohibition.

According to the New York Times, the Great Jones Distilling Company will be located at 686 Broadway in Noho, and a 28,000-square-foot space, and opening to the public in August 2021. The entire distillery will be four stories and include a cocktail bar, tasting room, shop, event area, and a restaurant from Per Se alum Adam Raksin debuting in September.

However, finding the building was a feat in itself, the New York Times stated that The search for an appropriate building took more than a year. Due to zoning laws in Manhattan, there were only about 120 buildings to choose from that allowed distilling alcohol. Thankfully, the building on Broadway became available right as the company was about to look outside the city. 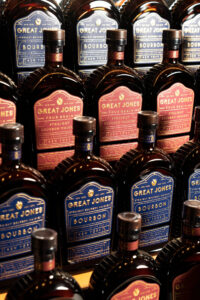 Three kinds of whiskey will be available, and two are exclusive to the distillery. Image via Great Jones Distillery Co.

While this is not the city’s first distillery by a long stretch, it is historical in that it is the first whiskey distillery in over a century. “Manhattan does seem to be the one market that has not embraced or capitalized on this whiskey renaissance,” said Mike Keyes, a career spirits executive and the chief executive and president of Proximo Spirits. “It just felt really noticeably absent for the most vibrant and energetic city in America.”