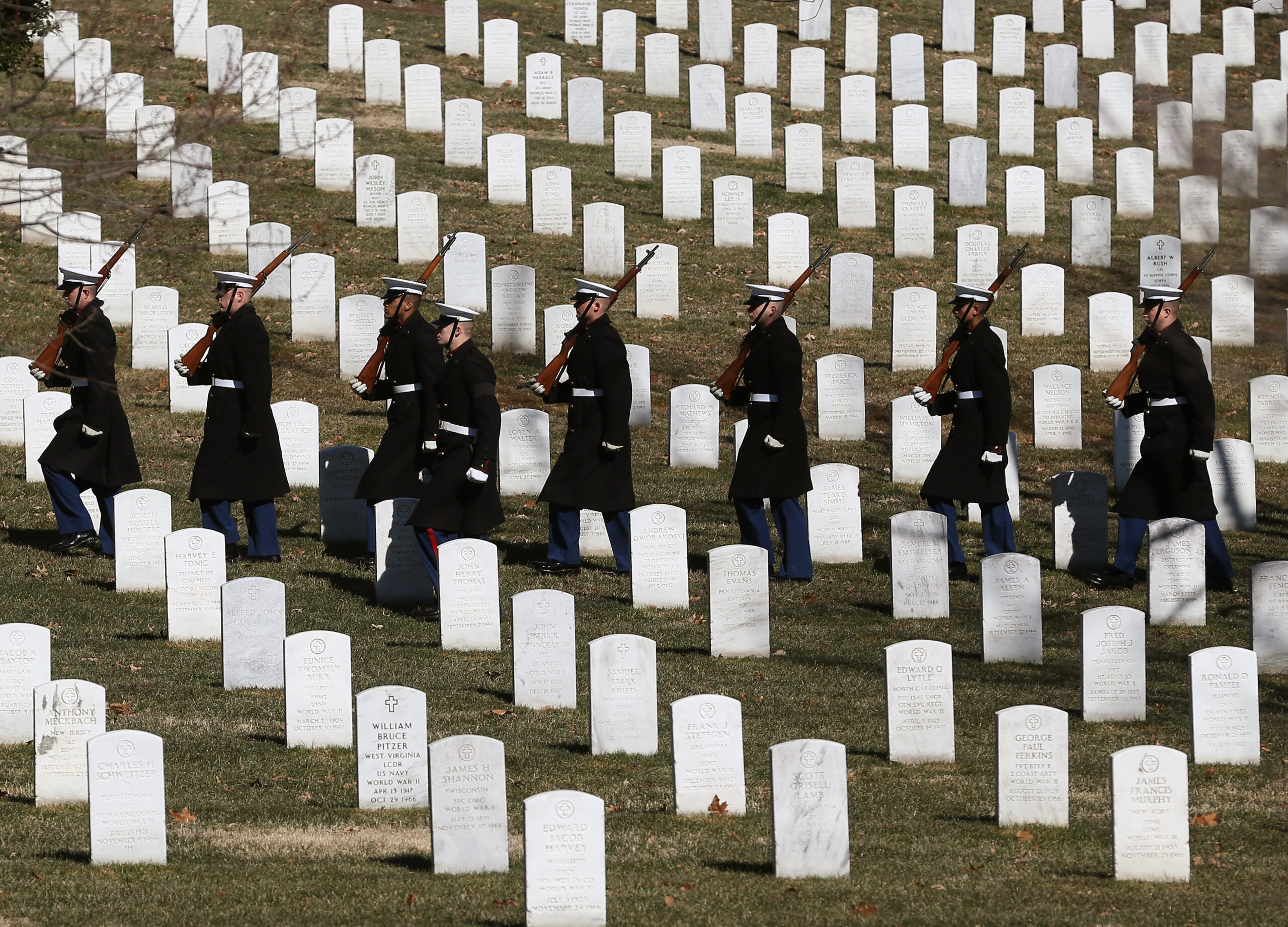 A US Marine firing party walks away after participating in a burial service for US Marine Corps Cpl. Robert Richards at Arlington National Cemetery Feb. 13, 2015 in Arlington, Virginia. A group of Marines will open a bottle of cognac from the 1920s. (Photo by Mark Wilson/Getty Images)

In 1944, a group of 14 U.S. Marines, who all had survived the 1942 Battle of Guadalcanal, set aside a bottle of 1920s-era Joseph Etournaud & Company Extra Grand Fine Champagne 1st Grand Cru Cognac. They called the bottle the “Last of the First,” as it was intended to be opened by the last survivor among the Marines and sailors who served with the 1st Marine Division during World War II.

Next month, to celebrate the Marine Corps’ 246th birthday, those still alive — most in their mid- to late-90s — will gather in San Diego and open the bottle in a salute to their fallen comrades, according to the San Diego Union-Tribune.

So far, seven veterans from the 1st Marine Division have been located and invited to the Last of the First salute.

“In their presence we will open the Last of the First Bottle and they will toast their comrades — heroes who are no longer with us,” said retired Marine Col. Richard Rothwell.

The bottle of cognac was donated to the Marines in 1944 by Ralph McGill, a World War I Marine Corps veteran and editor and publisher of the Atlanta Constitution. For the past 11 years, the bottle has been on display at the Marines’ Memorial Club in San Francisco and will be brought out for the Last of the First salute on Nov. 6.

The Marine Corps Birthday celebration and Last of the First salute will be from 5 to 9 p.m. Pacific Time, Nov. 6, at the Omni La Costa Resort & Spa, 2199 Costa Del Mar Road, Carlsbad. All active and retired Marines, their spouses and friends of the Marine Corps are invited.