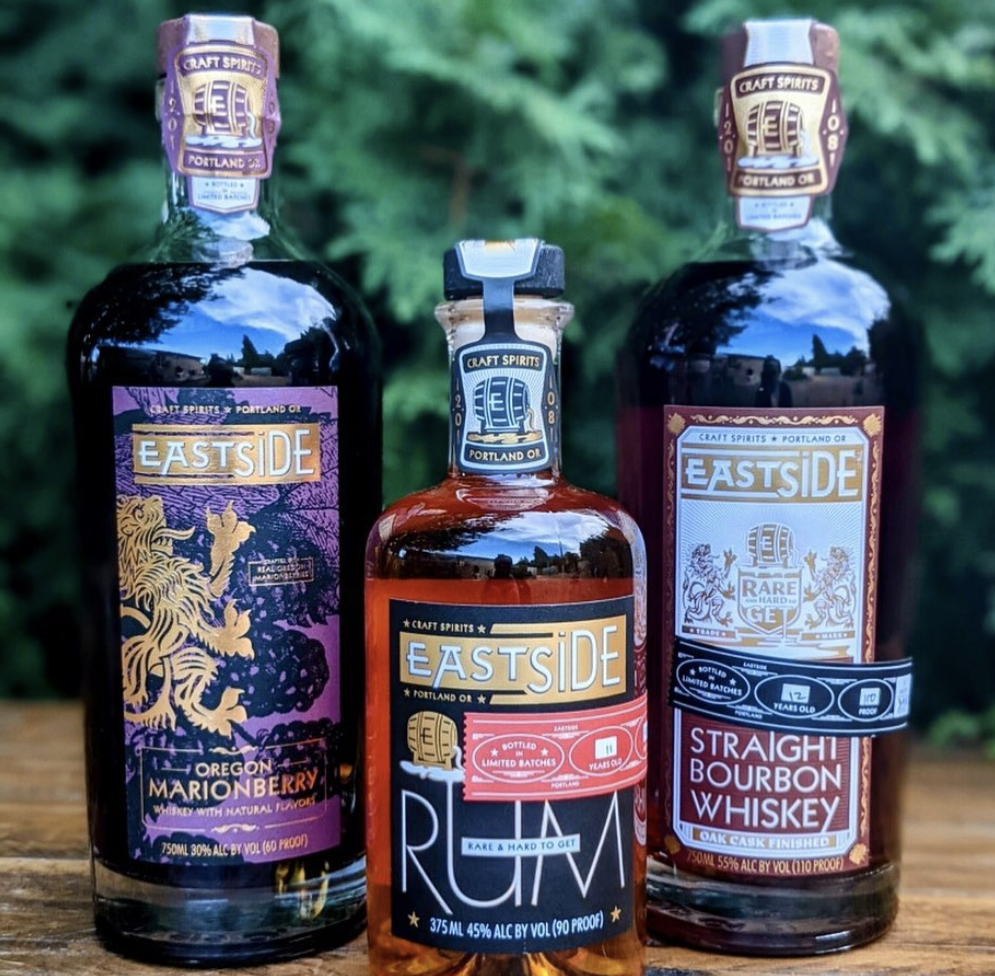 The three flavored whiskey releases announced are Marionberry, Luxardo Maraschino Cherry and Oregon Cranberry. All of the whiskeys will be available for purchase this holiday season, but one has already been released.

On Sept. 1, the company re-launched its Eastside Marionberry Whiskey with “a new and improved premium formula and packaging,” according to a news release.

The whiskey is crafted using local Oregon marionberries. If you’re wondering what a marionberry is, you’re not alone; this special type of blackberry is famous — but only in Oregon. The marionberry is a cross of the Chehalem and Olallie blackberries and was bred at Oregon State University in the 1950s.

Eastside Marionberry Whiskey is available at select stores, bars and restaurants in Oregon, Washington and Texas. It is expected to be more widely distributed during next year’s berry harvest season.

Tasting notes: It has a bright, bold aroma of blackberry and raspberry blended with classic bourbon whiskey notes of vanilla and caramel. Intense, fresh marionberries hit the palate and quickly transform to spice and citrus, evolving into warm brandy and cherry essence. The finish lingers awhile with subtle whiskey heat and baked tart dryness.

“The Cabernet of Blackberries meets Bourbon Whiskey. I believe marionberry whiskey is where wine drinkers and whiskey drinkers meet,” Ericson said in the release. “Many of the flavors and aromas of berry and oak will be immediately recognizable to oenophiles. The intense berry flavor mixed with notes of citrus, vanilla, and oak are the perfect introduction to the wide world of whiskey.”