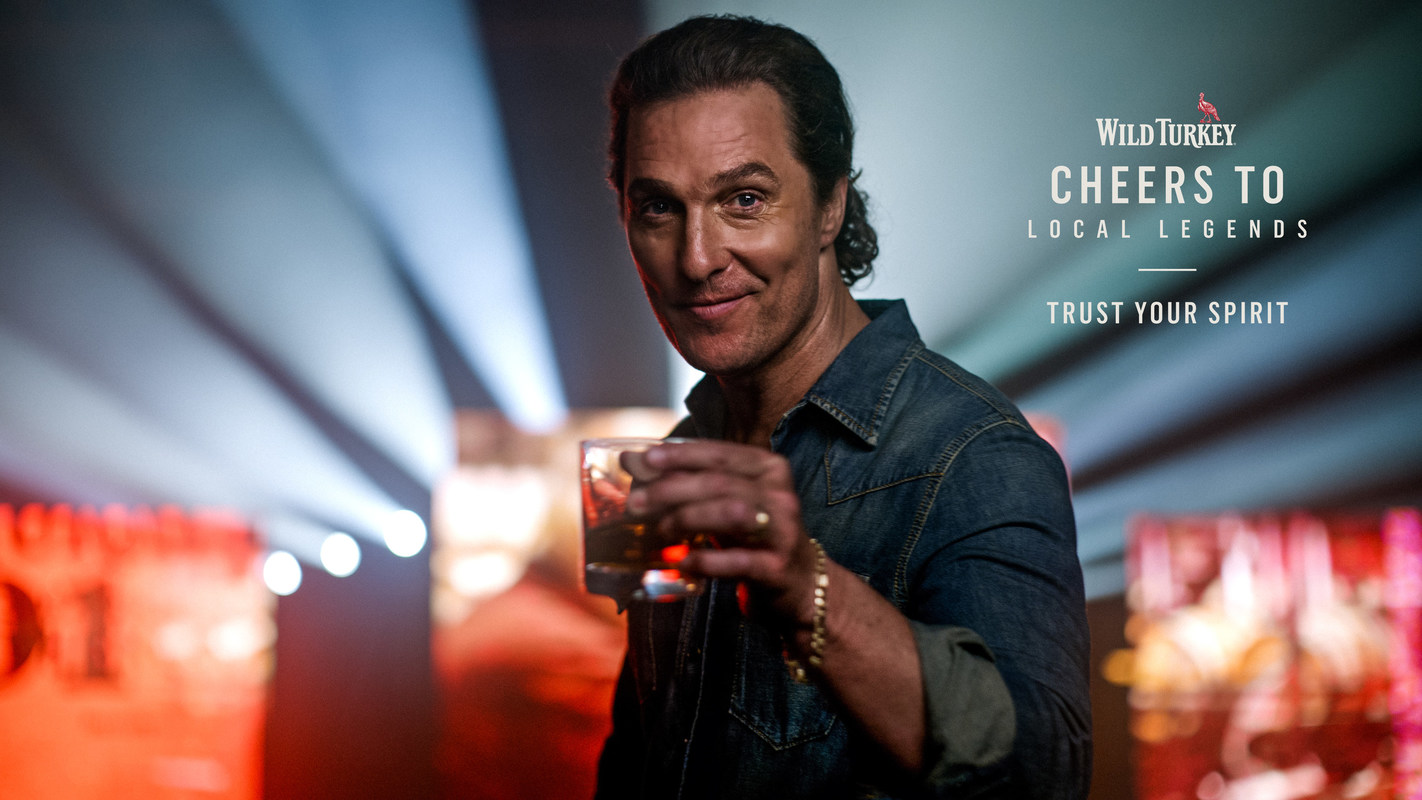 For the fifth straight holiday season, actor Matthew McConaughey and whiskey brand Wild Turkey are joining forces to honor local music scenes. This year, the two parties are launching a campaign to recognize five “Local Legends,” who each will select a music-centric charity to donate $10,000 of Wild Turkey’s money to.

In a reference to Wild Turkey’s new “Trust Your Spirit” campaign, the brand says it selected Local Legends who demonstrated courage, conviction and confidence during the COVID-19 pandemic.

“These bold, selfless individuals showed up for the music scene in extraordinary ways – whether raising funds for furloughed or unemployed musicians, offering virtual music lessons, or organizing benefit concerts,” said Campari, which owns Wild Turkey, in a news release.

Justin Branam: Branam is the program director for Musicians Corner, a nonprofit organization in Nashville that aims to preserve, enhance, and share the Parthenon and Centennial Park. During the pandemic, Musicians Corner worked to provide virtual experiences, keeping the safety of audiences top of mind while still finding ways to provide entertainment to their community and spotlight musicians and local small businesses. His $10,000 will be donated to Musicians Corner.

Jason Eskridge: Eskridge is a former NASA mechanical engineer who quit to pursue music. Now a prominent figure in the R&B and urban Nashville scene, Eskridge created Sunday Night Soul, a bi-monthly event spotlighting soul artists in Nashville. Eskridge retooled the event to be streamed virtually during the pandemic. His $10,000 will be donated to the Nashville Arts and Business Council to benefit Your Song, a collaborative songwriting program that connects performing arts centers, musicians and artists with vulnerable communities to promote healing and community connectedness.

Justin Fedor: Fedor is a singer, guitarist and benefit concert organizer in Charlotte, North Carolina. Since 2013, Justin has organized the Tribute to Benefit concert series, which raises tens of thousands of dollars for local charitable causes. During the pandemic, Fedor enlisted his community to create a virtual John Prine Tribute and another Tribute to Black Artists. Fedor’s $10,000 will be donated to DrumsForCures, which has matched funds with Tribute to Benefit several times in the past to double the donations to local non-profits. DrumsForCures produces DRUMSTRONG events, raising awareness and funds in support of cancer survivorship, education and research through facilitated interactive rhythm experiences globally.

Jess Garland: Garland is a filmmaker and local musician in Dallas who formed the non-profit Swan Strings, which brings free music lessons to Dallas residents. She is also the Executive Director of another music-centric non-profit, Girls Rock Dallas. Garland’s $10,000 will be donated to Deep Ellum 100, an organization that provides financial grants to musicians affected by the pandemic.

Melissa A. Weber: Weber, aka DJ Soul Sister, is a longtime New Orleans resident and local dance party host. She’s credited as the first to implement a vaccine mandate at her New Orleans dance parties, where she spins classic funk. She has chosen to split her $10,000 donation evenly between the New Orleans Musicians Clinic and Assistance Foundation, which provides medical care and social services to local artists; and Backstreet Cultural Museum, which preserves and documents local music-oriented cultures of Mardi Gras Indians, social aid and pleasure clubs, jazz funerals and other Black New Orleans cultural traditions.

On Nov. 5, the five Local Legends will be honored at an intimate, outdoor concert hosted by Wild Turkey in Nashville with live performances by local talent, including Devon Gilfillian and Seratones.

“Music can heal, inspire, transform and take us on time travelling trips to where we’ve already been and where we want to go. With a rhythm, a rhyme, a hook and a beat, music is a soundtrack to our lives individually, as groups, and as a people,” McConaughey said in the news release. “Musicians are outlaws, poets, performers, and prognosticators – and we need to them keep taking the stage. With that said, it’s vital that we invest in these local music scenes – to keep the lights on at our favorite venues and nurture the next generation of great live performers.”

McConaughey is a significant part of Wild Turkey’s brand. He officially joined the company as creative director in 2016 and regularly appears in advertisements for the whiskey. He even has his own whiskey — Longbranch — launched by Wild Turkey.