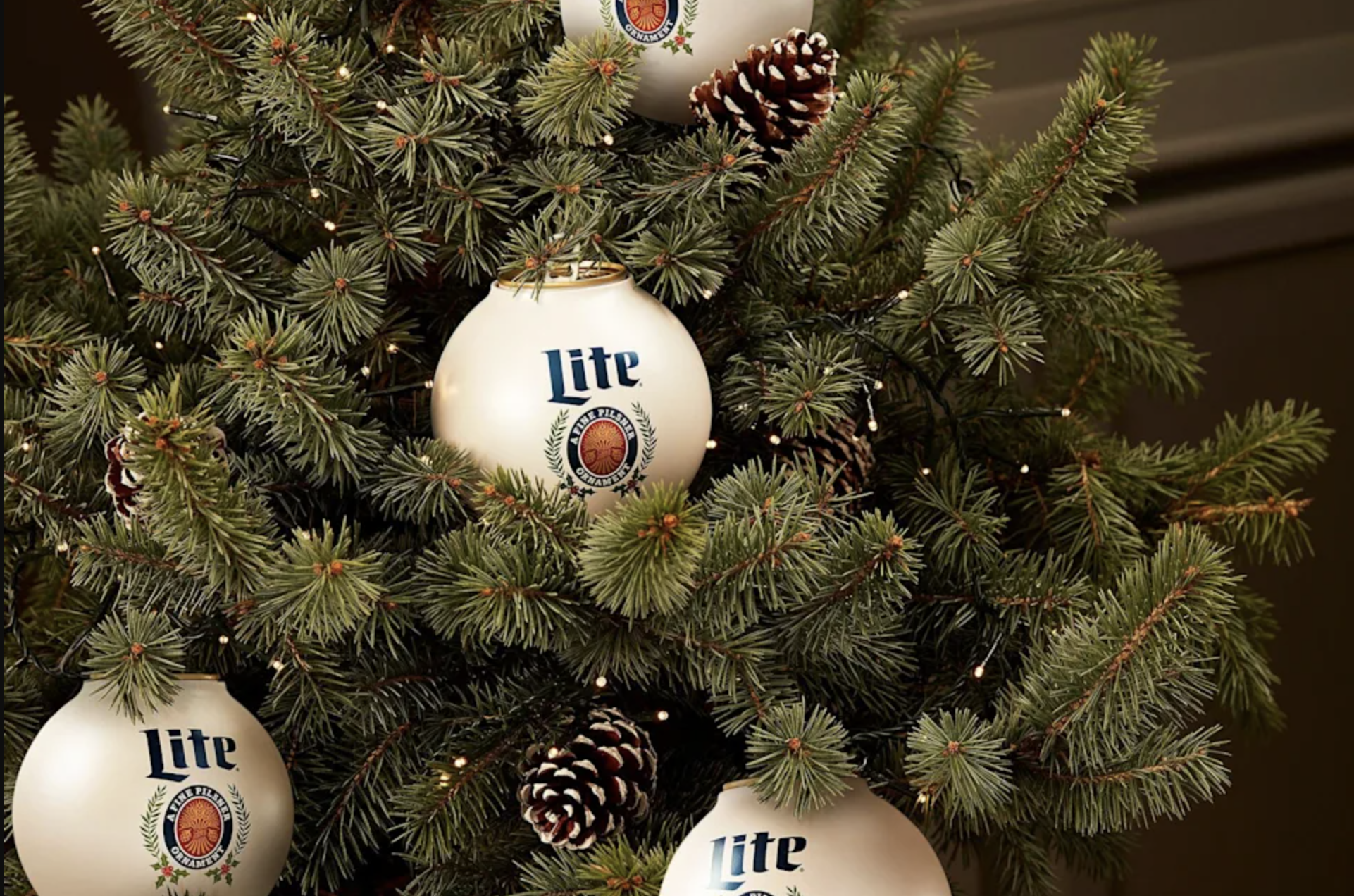 Christmas is more than two weeks away, but we’re confident in crowning the best holiday advertiser of 2021: Miller Brewing Company.

Beernaments are Miller Lite ornaments for your Christmas tree that are designed to “fit snugly” around 8-ounce cans of Miller Lite, the company announced, per Yahoo. So, essentially, it’s an ornament/koozie hybrid.

The cans will go on sale Tuesday at 3 p.m. ET. exclusively at Beernaments.com. A six-pack of Beernaments will sell for $19.75.

“Once enjoyed, Beernaments can be hung on Christmas trees for all to behold by simply using the tab and a hook,” Miller said. The stark white balls appear to also fit snuggly in a beer drinker’s hand and feature the classic Miller Lite logo — albeit with the phrase ‘a fine pilsner ornament’ instead of ‘a fine pilsner beer’ surrounded by green holly instead of the usual golden barley.

The Beernaments don’t include the beer, unfortunately. While these ornaments are a fantastic idea, it would be nice if they were sized to hold the standard 12-ounce cans of beer; 8-ounce cans are much less common. Perhaps this was tactical on the brand’s part, however, to encourage buyers to actually put Miller Lite in the ornaments rather than any other beer, as Miller Lite actually does sell 8-ounce cans, called Minis. Walmart and Meijer both sell Miller Lite’s 8-ounce cans, which come in 12-packs and 24-packs.