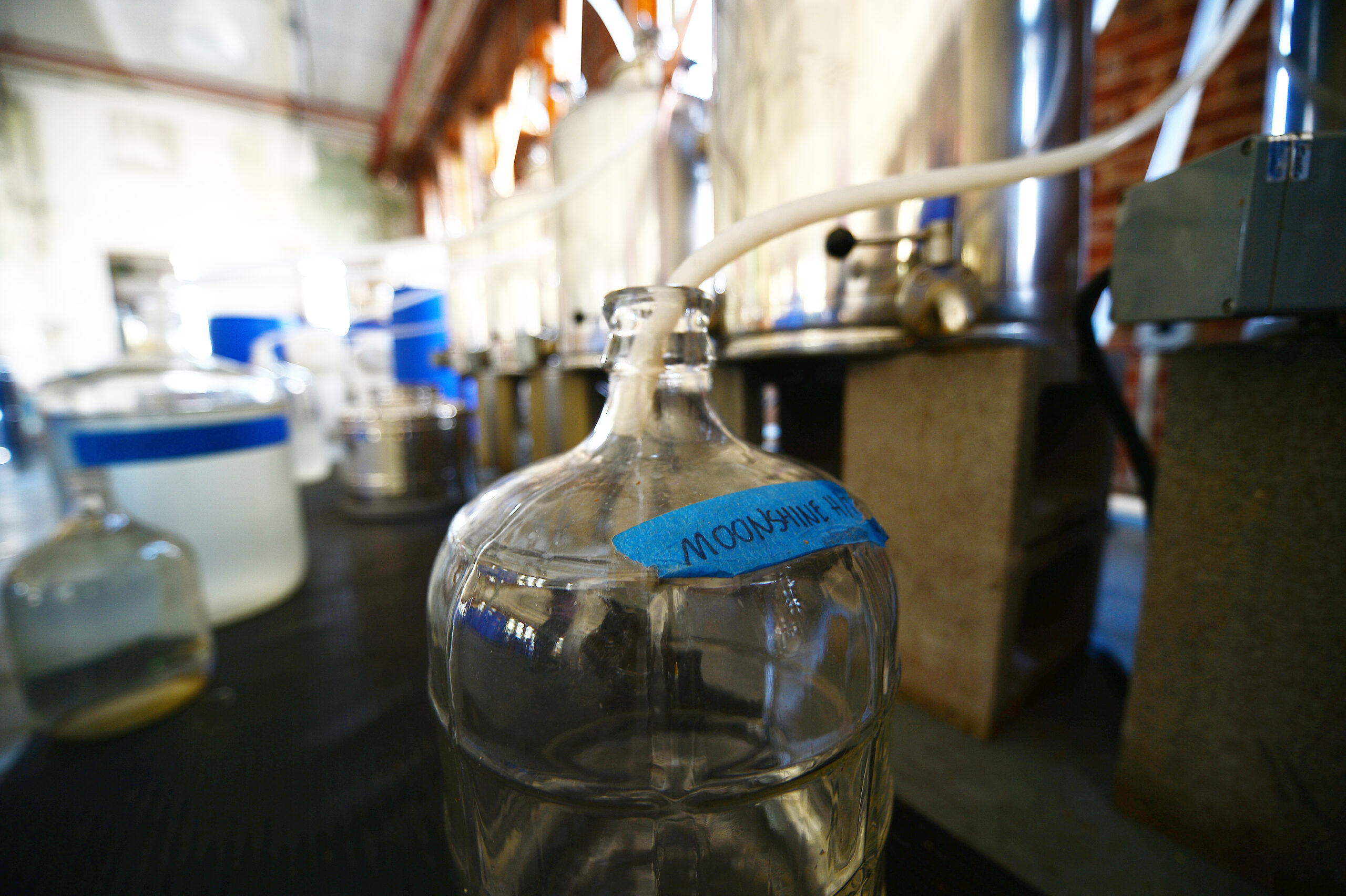 Whiskey making stills produce at the Kings County Distillery, New York City’s oldest operating whiskey distillery and the first since prohibition, Sept. 22, 2012 at the Brooklyn Navy Yard in New York. In January, a 30-year moonshine operation in Pennsylvania was busted by an undercover agent. (Photo credit should read EMMANUEL DUNAND/AFP/GettyImages)

A couple who allegedly ran a 30-year bootleg liquor business in Centre County, Pennsylvania, have been busted by state police after a yearlong undercover investigation, according to WJAC-TV.

Glenn and Barbara McCleester, 79 and 65, face misdemeanor charges of unlawful sales of liquor and manufacturing and selling liquor without a license, per WJAC-TV.

The investigation began in April 2021 when the state police Bureau of Liquor Control Enforcement received an anonymous online complaint alleging the couple were “bootleggers.”

Between April and January, an undercover officer made four separate purchases of the illegal moonshine from the couple, which they sold for $60 per gallon jug, investigators said.

The officer said that when he first met with the McCleesters, they said the recipe had been passed down to them from “legendary moonshiner” and former NASCAR driver Junior Johnson. The officer said Barabra even showed him how “pure” the moonshine was by lighting it on fire and showing him that the flame was blue, not orange. If it were orange, she told him, that would be evidence of impurities in the product, which would cause hangovers.

On Jan. 26, officers served a search warrant at the couple’s cabin in Taylor Township and seized the distilling products used in their operation.

The couple has preliminary arraignments scheduled for Feb. 15.