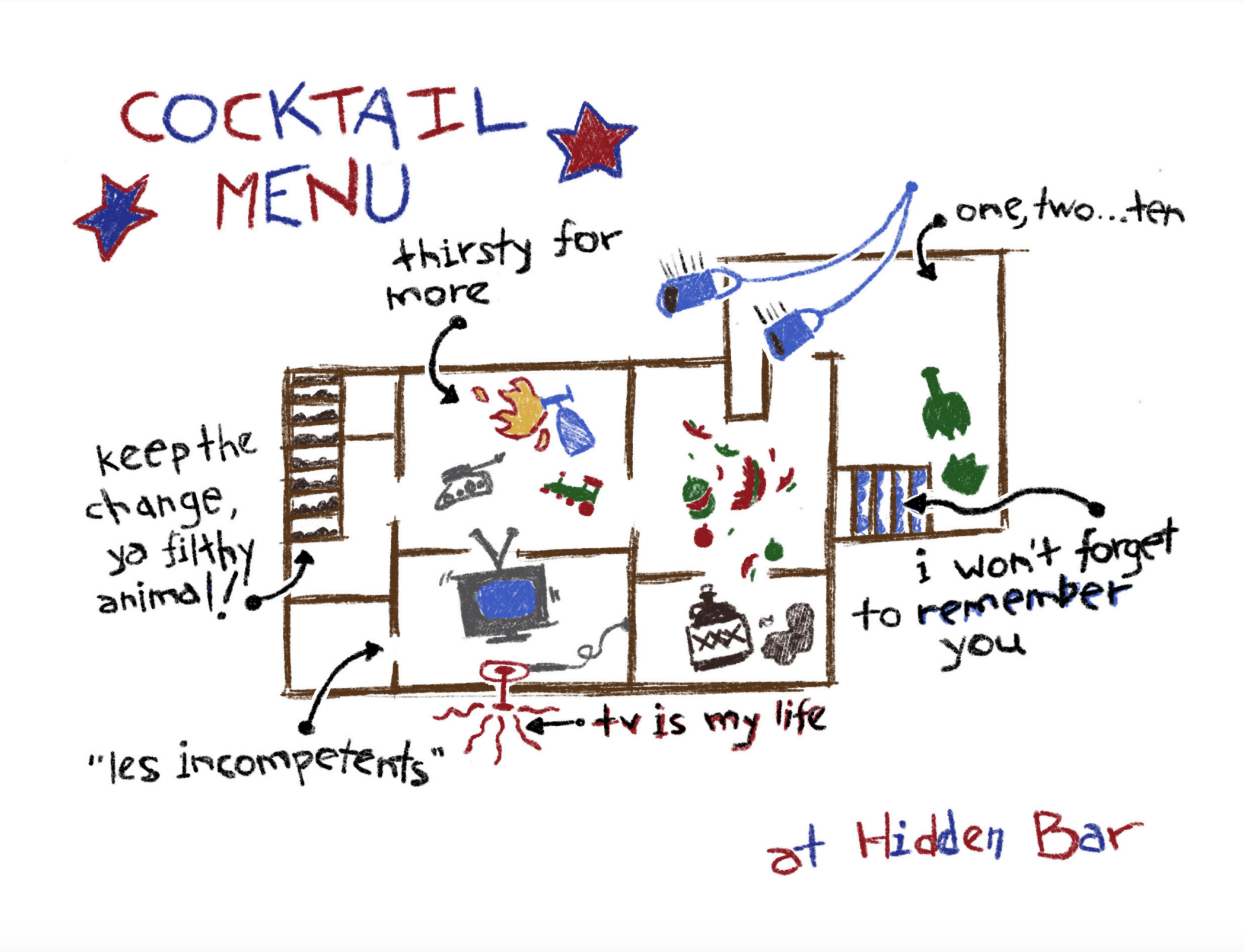 Nashville’s Hidden Bar is set up in a “Home Alone” theme for the holidays. (Photo: Hidden Bar)

Hidden Bar beneath the historic Noelle Hotel in Nashville, Tennessee, is bringing back its “Home Alone”-inspired holiday experience. The Bar is set up as a replica of the McCallisters’ house from the classic Christmas film, from the red brick exterior to a recreation of the living room and its furniture, according to Travel + Leisure.

The bar even has “Home Alone”-inspired cocktail and snack menues, including the “Thirsty for More,” a cocktail made with whiskey, raspberry, amaro, lemon, bitters and ginger beer; the “One, Two…Ten,” made crafted with a house rum blend, cold brew, nocino, allspice, orgeat and chocolate bitters; the “Les Incompetents,” made with Bombay Sapphire, Cap Corse Blanc Quinquin, orange cream citrate and tonic water; and the “Keep the Change, Ya Filthy Animal!”, which serves three to five and is made with Bacardi Superior, cognac, apple brandy, black tea and magic apple.

The food menu features treats inspired by Kevin’s meals, including slices of Little Noelle’s Pizza made with Focaccia, pepperoni and mozzarella; stuffed shells prepared with rigatoni, Velveeta and parmesan; and “Chicago Style” pigs in a blanket.

Hidden Bar is open from 5 to 11 p.m. Wednesdays, Thursdays and Sundays, and 4 p.m. to midnight Fridays and Saturdays.

A bar in Washington, D.C., is hosting an elaborately decorated Festivus party, inspired by TV show “Seinfeld,” on Dec. 23.