These 5 Musicians Each Have a new Whiskey for Sale 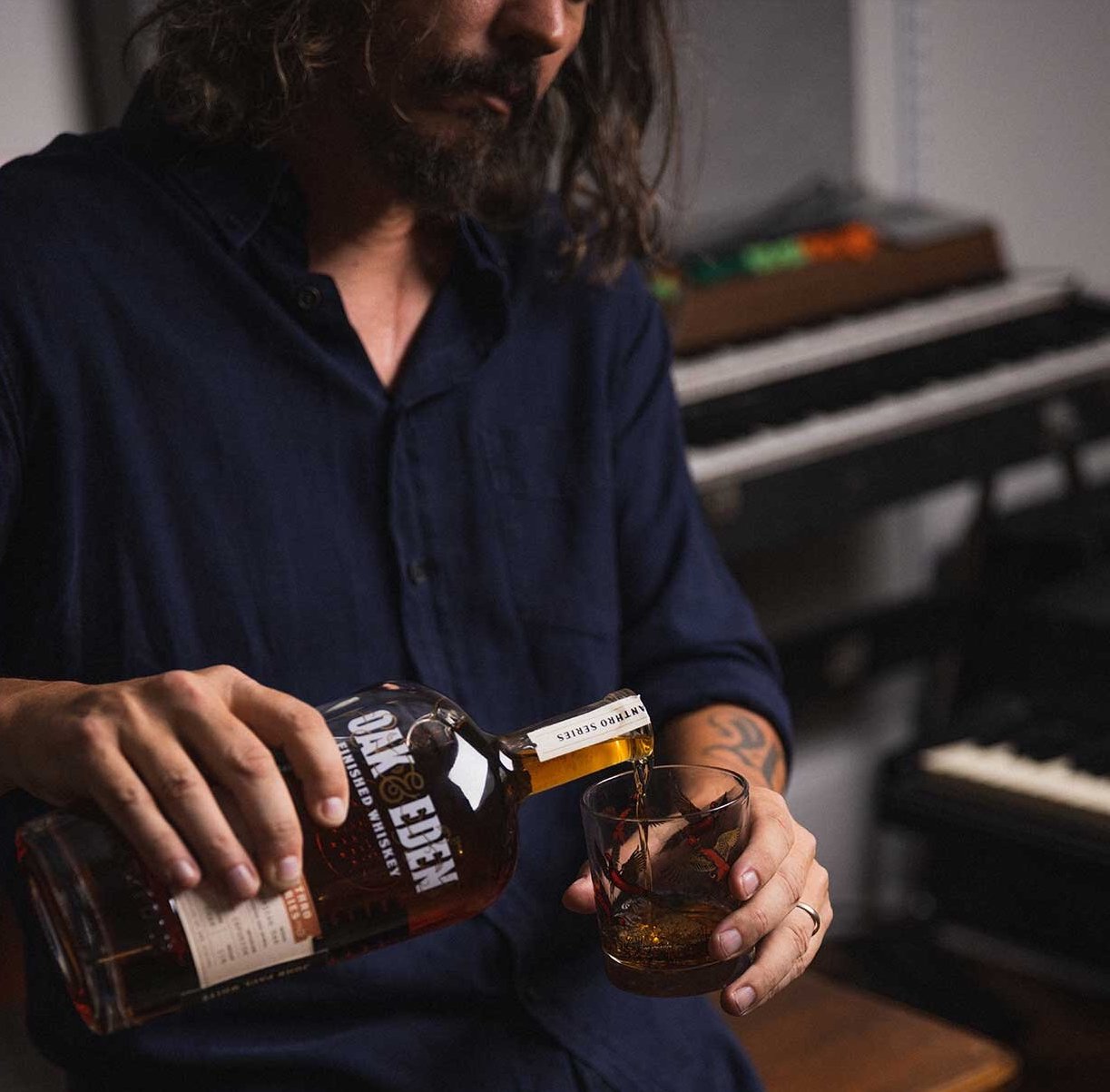 Five musicians each are getting a whiskey as part of Oak & Eden’s Anthro Series. (Photo: Oak & Eden)

John Paul White: The singer-songwriter The Civil Wars brings you a barrel-strength four-grain bourbon, finished with a charred American Oak spire. “It is a bold, smooth, and legendary bourbon, just like the legend himself,” reads the Oak & Eden website. The bourbon clocks in at 116 proof and costs $74.

Jamestown Revival: The whiskey devoted to Texas folk duo comprising Jonathan Clay and Zach Chance is the only non-bourbon release of the bunch. Instead, it’s a barrel-strength rye whiskey “finished with a bold & spicy French Oak spire, making for a robust, yet surprisingly smooth finish,” according to Oak & Eden. The rye is bottled at 116 proof and costs $74.

Filmore: Rising Nashville-based country singer-songwriter Tyler Filmore, who goes by his last name alone, has been on the rise since his debut single “Slower” took off in 2018. According to Oak & Eden, Filmore considers himself a coffee connoisseur and a bourbon enthusiast, which led to the final product: a four-grain bourbon finished with a cold brew coffee- and honey-infused American Oak spire. The bourbon is bottled at 90 proof and sells for $64.

Filmore calls the release “An ode to country music, a sold out crowd, and good whiskey.”

Penny & Sparrow: Kyle Jahnke and Andy Baxter formed a duo after meeting at the University of Texas at Austin. Their bourbon is cask-barrel-strength and finished with a charred American Oak spire. According to Oak & Eden, “This composition of ingredients is a perfect go-to when it comes to writing and performing.” The bourbon is bottled at 116 proof and costs $74.

Abraham Alexander: Born in Greece of Nigerian descent, Alexander moved to Texas with his family at 11. Alexander has had a hard life, including losing his mother shortly after his family’s immigration. According to Oak & Eden, the singer-songwriter sees the trials he has been through as “the springboard moments that were used for an undefeatable joy that he carries.” In a tribute to that message, Alexander’s bourbon is finished with a vanilla-infused American Oak spire, intended to add “a warm, steady, and nostalgic note” to the bourbon. The bourbon is bottled at 90 proof and costs $64.

The initial releases in the anthro series were released in collaboration with pro skiier Kina Pickett and “Yellowstone” actor Forrie J. Smith.