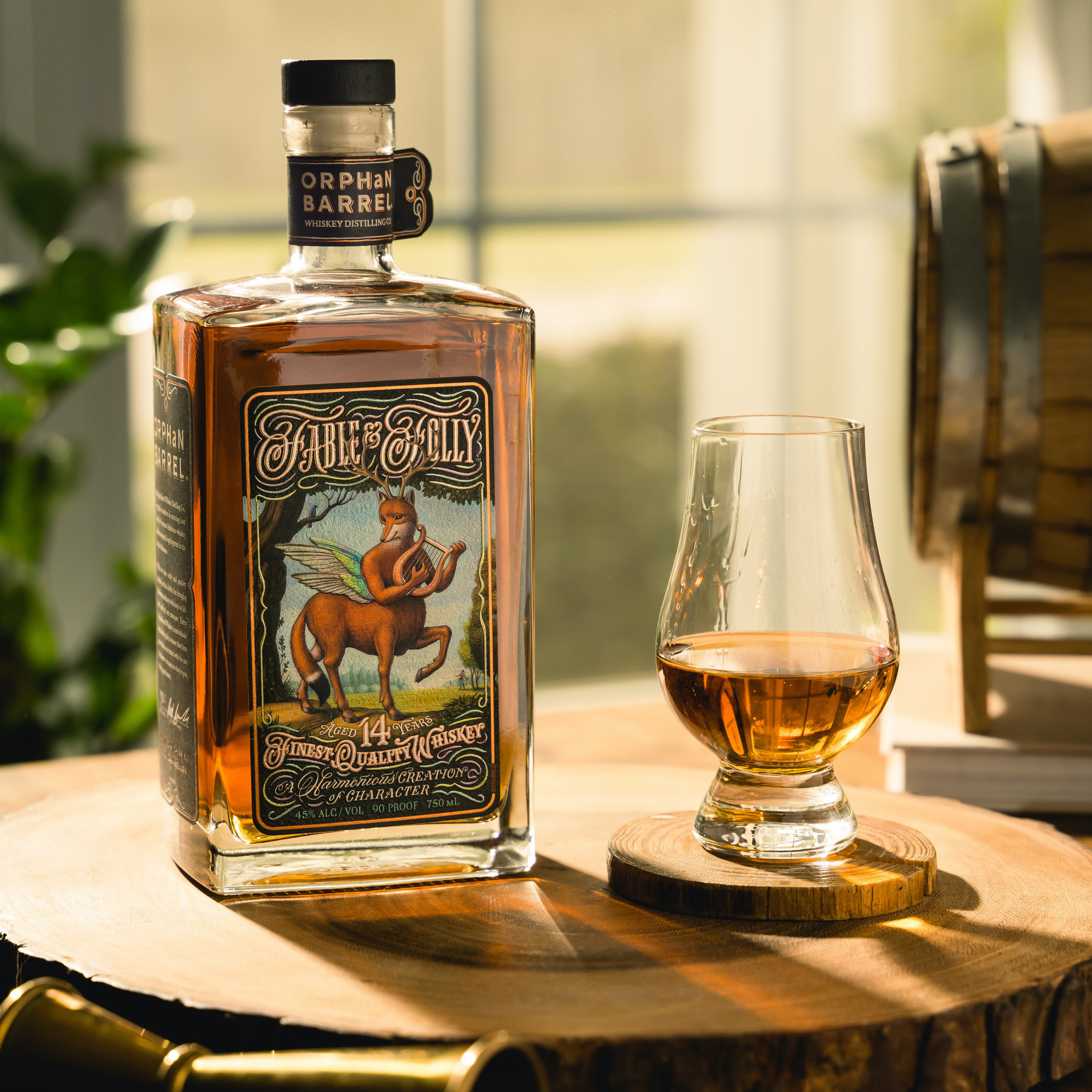 Master Blender Andrew Mackay discovered the last remaining stores of these rare, “orphaned” whiskeys from years past and blended these to create Fable & Folly.

“Fable & Folly honors the quality ingredients that go into it and the ethos of the Orphan Barrel Whiskey Distilling Co. as a whole,” Mackay said in a news release. “In my discoveries of the six orphaned stocks that are part of Fable & Folly, it became clear that blending them would both highlight and enhance the nuances that make these liquids so special. Fable & Folly tells the stories of whiskeys past while exciting aficionados and collectors with a unique new spirit that stands the test of time.”

Orphan Barrel describes the whiskey as “featuring spicy notes of rye and pepper. It begins with a burst of spice and delicately warms to a smooth richness with sweet notes of syrup and fruit.”

The Fable & Folly bottle depicts a hybrid of a stag, a hummingbird and a fox, the idea being that, like this fusion of animals, Fable & Folly “combines the best of these stocks into one delicious and distinctive breed of whiskey, a perfect embodiment of the Fable & Folly heritage, lore and legacy.”