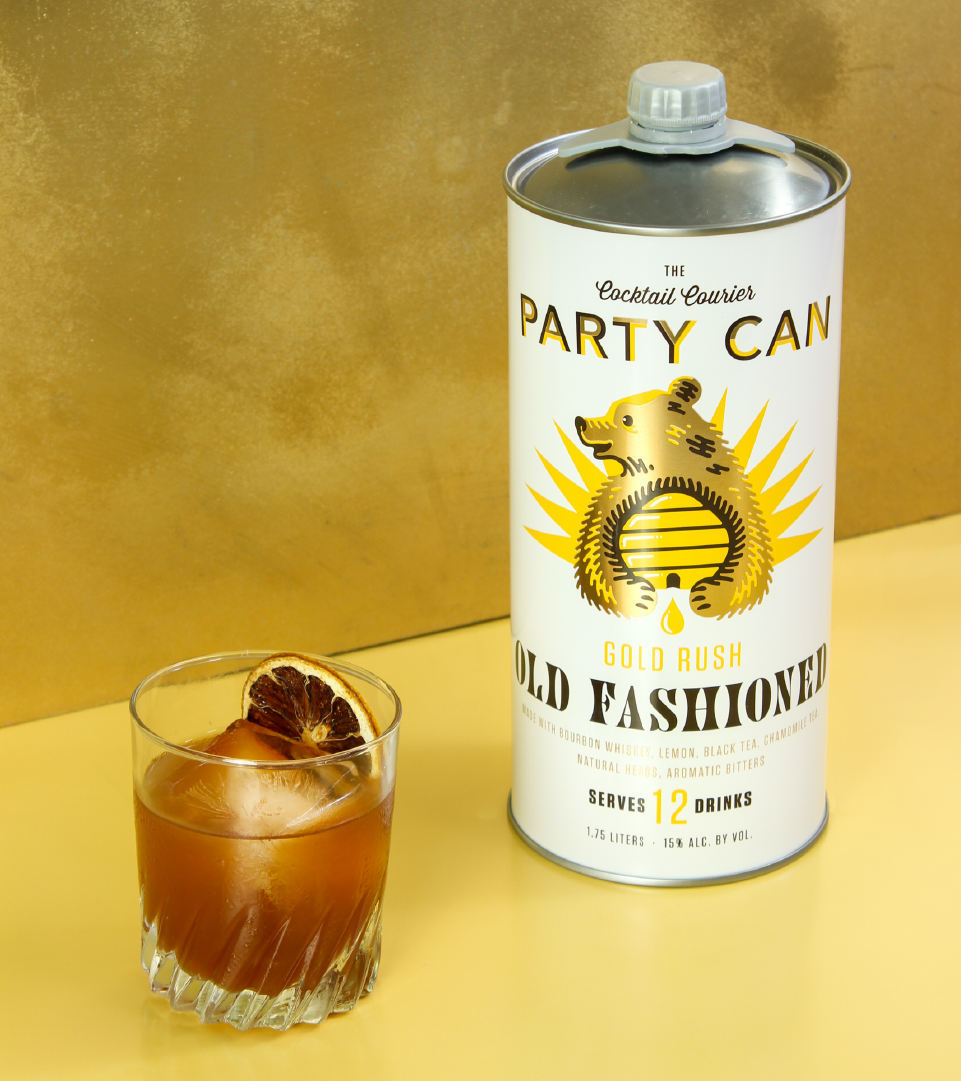 Party Can distinguishes itself from competitors with its sheer size. Far from the traditional single-serve canned cocktail, Party Cans are 1.75 liters and intended to serve 12 people.

The Cosmicpolitan is made with vodka, combier liqueur d’orange, passion fruit and lime juices. It contains 12.5% ABV.

All three Party Can flavors come with a suggested retail price of $33.99 and are available for purchase nationwide from Cocktail Couriers, plus at select retailers.

With such a glut of canned cocktails on the market, a niche — massive size, in Party Can’s case — is a must to find success.

On the opposite end of the spectrum, Post Meridiem Spirits sells miniature cocktails in 100-milliliter cans.

Ranging from 12.5% to 15% ABV, Party Can is on the strong side for a canned beverage. The typical ready-to-drink cocktail clocks in at about 5% to 9% ABV. Party Can doesn’t hold the crown for highest-proof canned cocktail, however. Post Meridiem’s tiny drinks pack a major punch, ranging from 23.5% to 37% ABV.

If you pick up a Party Can, instructions for how to drink them are simple: “Chill. Shake. Party!”