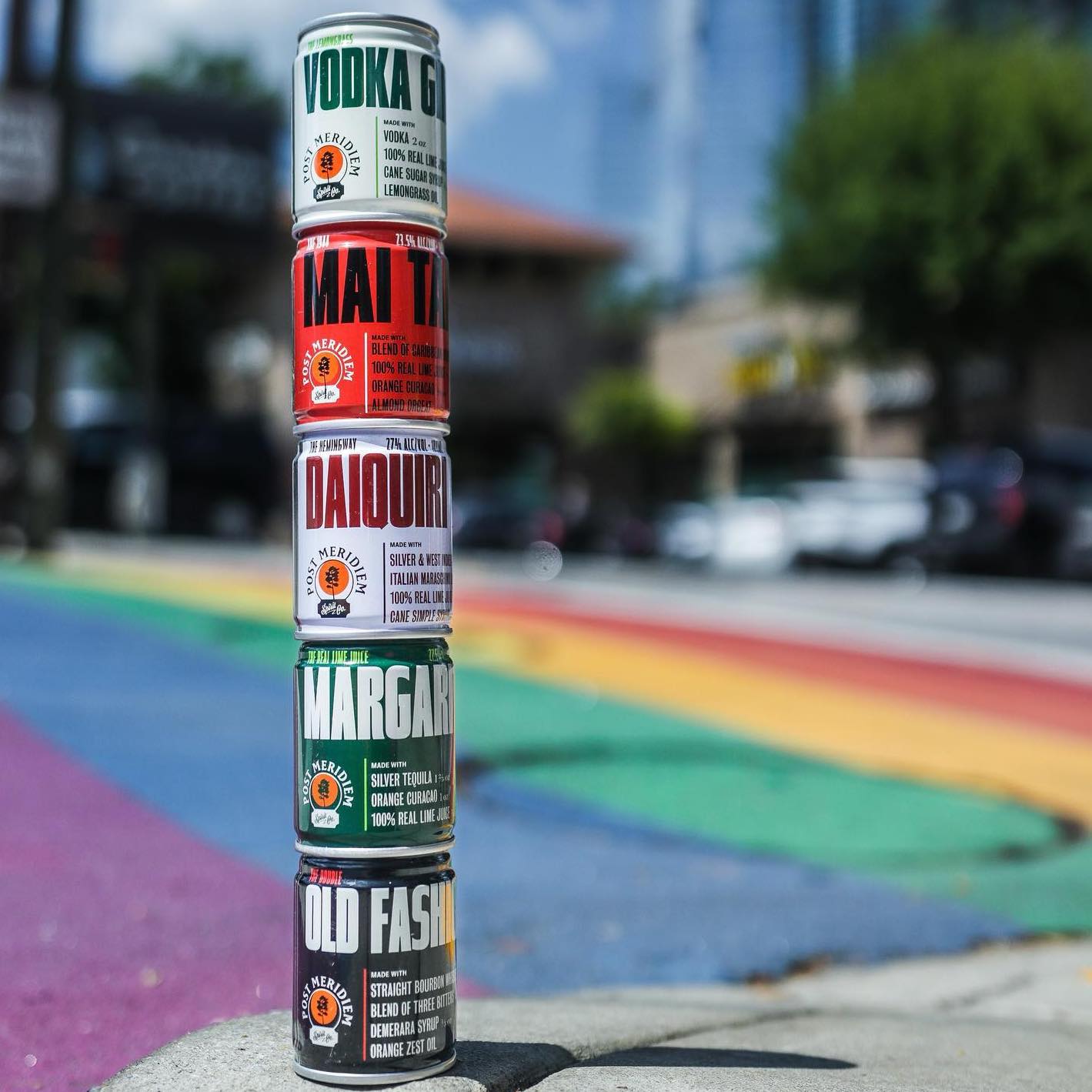 Post Meridiem Spirits is continuing the popular canned cocktails trend but with a twist: Theirs are smaller cans (100-milliliter instead of the usual 355) that pack a wallop of an ABV.

The typical canned cocktail carries a single-digit ABV. Jim Beam’s is 5%, Smokehead’s is 6%, WhistlePig’s is 8%, and Goose Island’s is 9%. Not only is Post Meridiem beating those marks, it’s going beyond a meager venture into the low double digits with canned cocktails that range from 23.5% to 37% ABV.

Double Old Fashioned: Clocking in at 37%, this is the strongest of the bunch and the only whiskey-based drink among them. It contains three ounces of bourbon straight from the barrel, four dashes of bitters, a third of an ounce of demerara syrup and orange zest oil.

Real Lime Juice Margarita: Contains 1.67 ounces of silver tequila, an ounce of orange curacao and three-quarters of an ounce of real lime juice. The marg has an ABV of 27.5%.

1944 Mai Tai: The latest drink among the Post Meridiem Products, the 1944 Mai Tai has an ABV of 23.5%. It contains 1.5 ounces of a blend of Caribbean rums, three-quarters of an ounce of real lime juice, two-thirds of an ounce of orange curacao and a half-ounce of almond orgeat

Post Meridiem’s canned cocktails are available for purchase online and are available in some stores in Alabama, Georgia (the company is located in Atlanta), Maryland, South Carolina, Tennessee and Washington, D.C. Three of the offerings — the Double Old Fashioned, Real Lime Juice Margarita and 1944 Mai Tai — also are being released to Texas. If you live in any of those states, you can locate Post Meridiem’s products near you here.

Post Meridiem suggests enjoying its cocktails poured over ice after you give the can a good shake.