QR Codes Coming to Alcohol Aisles in US 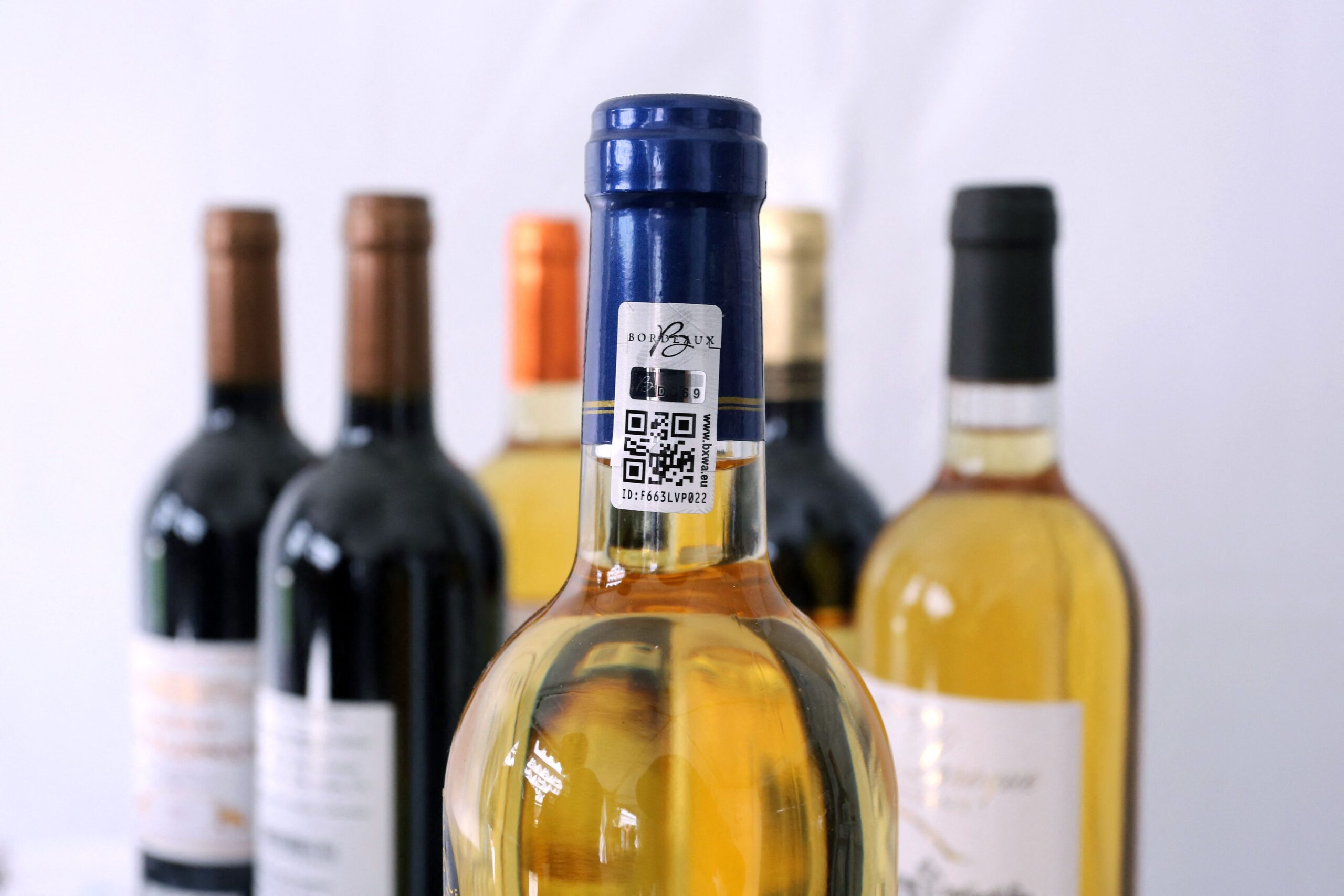 A photo taken on June 17, 2013 shows wine bottles, featuring special stickers, at the Vinexpo trade fair. The Giant Company will soon begin testing QR codes in the alcohol aisles of some of its supermarkets using SocialShelf. (Photo by NICOLAS TUCAT/AFP via Getty Images)

Using the SocialShelf tool, The Giant Company will soon begin testing on QR codes in the alcohol aisles of 15 of its supermarkets in the King Prussia, Pennsylvania area, according to FoodDive. The test will place SocialShelf’s owl icon and QR code next to the prices on the shelf of more than 150 brands.

When shoppers scan the QR codes, they will be provided product details through ways like a video, a link to the supplier’s website or a page with information about ratings or flavor notes, according to FoodDive.

“The category can be overwhelming to shop, with all the options available … we were attracted to Social Shelf because it offered us a convenient way to help customers make purchasing decisions by making a wealth of information available to them at their fingertips,” Ashley Flower, a spokesperson for Giant, told FoodDive.

The testing period will begin in mid-December and last for 90 days. The test will include local and national brands. During testing, SocialShelf will be free for retailers and brands, but after that, the technology will cost either $3,000 per quarter or $9,000 a year, and then 18 cents per view, according to FoodDive.

SocialShelf was developed by A3 Media, a marketing and advertising firm based in the greater Philadelphia area.

QR codes exploded in popularity during the COVID-19 pandemic, when the technology was used as a contact-free alternative to menus at restaurants.

In early October, Comité Européen des Enterprises Vins and SpiritsEUROPE announced a collaboration to create the “U-Label” platform, which places QR codes on alcohol bottles, enabling users to scan them and learn about nutritional information, ingredients, responsible drinking guidelines and sustainability for each bottle.