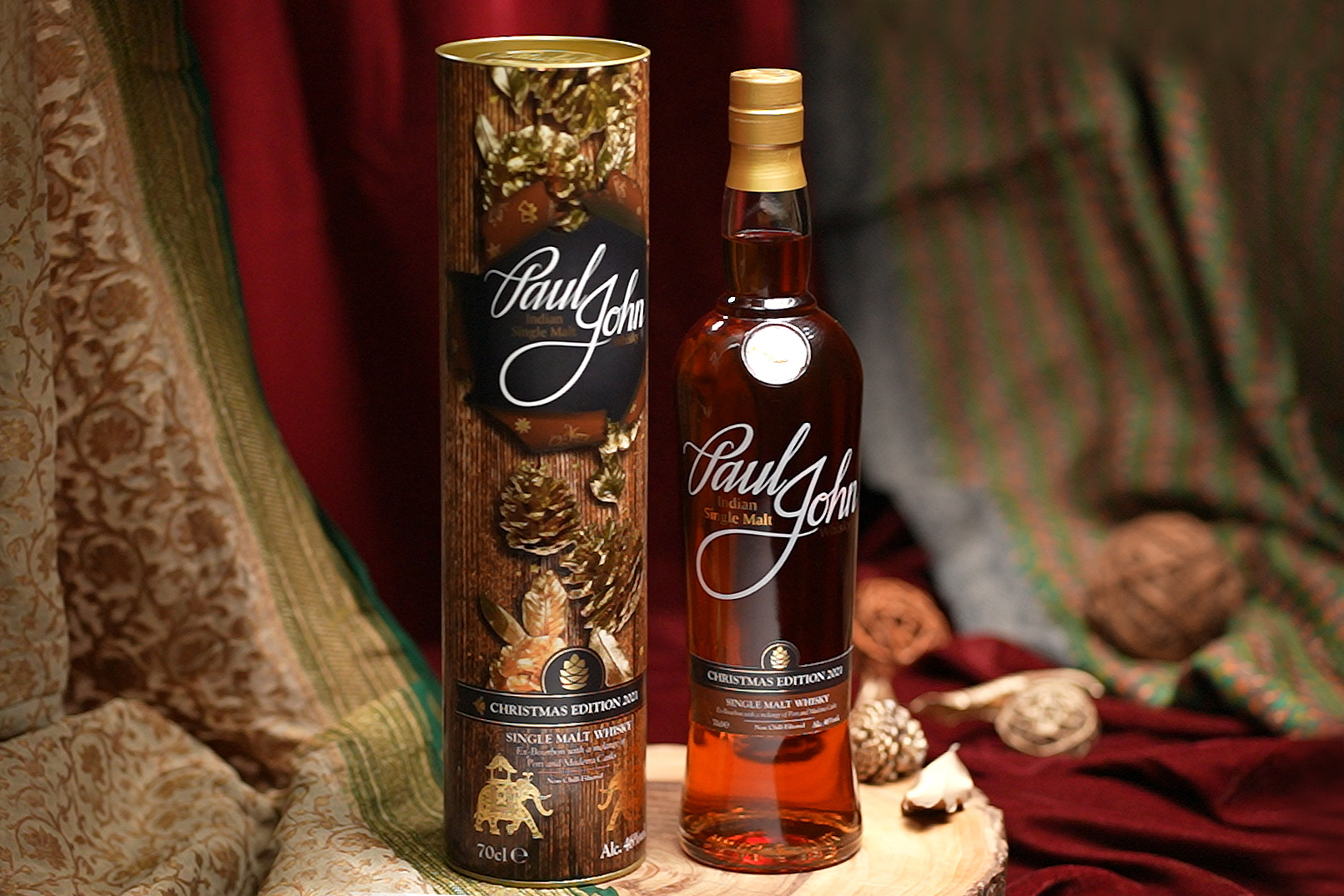 Paul John Indian Single Malt Whisky, owned by distilling giant Sazerac, announced Thursday that it is bringing its India-based whisky to the U.S. for the holidays.

Paul John Christmas Edition 2021, the fourth annual Paul John Christmas whisky, will hit shelves in mid-October in the U.S. at a suggested retail price of $84.99. John Paul described the whisky as a “festive peated malt” in a news release.

Paul John Single Malt whiskies are non-chill-filtered and have no added colors or flavors. They are created from six-row barley harvested from the Indian state Rajasthan to the foothills of the Himalayas. the whiskies are distilled in copper pot stills with longer necks that result in fruitier spirits, according to the release. The whisky is then matured in ex-bourbon barrels and port and madeira casks in coastal Goa, where the tropical climate speeds up the maturation process due to an angel’s share of 8%, the release said.

“The blend of whiskies from ex-bourbon, port and madeira casks have given the Paul John Christmas Edition 2021 a rare depth of character and a rich vibrancy that I believe is the best representation of the holidays,” said Michael D’Souza, master distiller and blender for Paul John Indian Whisky.