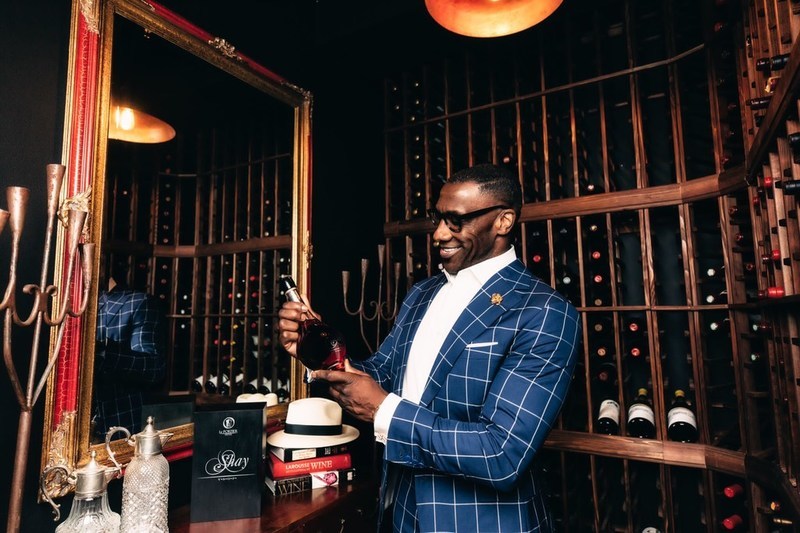 Shay by Le Portier will be released “in limited numbers” beginning December. According to Le Portier Cognac’s website, its first release is 25,000. Those who wish to buy it can sign up at leportiercognac.com to be emailed a payment link when it releases Wednesday. The release will be first come, first serve, according to the website. It also will sell on ReserveBar.com and is available for preorder now for $85. ReserveBar shipments of Shay by Le Portier are available in AR, AZ, CA, CO, CT, DC, DE, FL, IA, IN, LA, MD, ME, MN, MO, MT, NC, ND, NE, NH, NJ, NM, NV, OK, OR, RI, SC, SD, VT, WA, WI, WV and WY.

“So much of the inspiration in my life comes from the places I’ve been, and people I’ve met through professional football,” Sharpe said in a news release. “I started thinking, ‘What if I could share that sense of connection and conversation with friends with everyone!’ That’s the reason for creating Le Portier Cognac.

Sharpe announced the cognac for the first time on Twitter:

After yrs of development, I’m excited to announce the launch & 1st release of Le Portier.

Born from my love of cognac & inspired by my gma, Mary Porter – the woman who raised me & the woman who drove my success…I wouldn’t be where I am without her.

Be a part of cognac history pic.twitter.com/49F3b3zKHF

Nose: A rich, evocative aroma of blackcurrant and caramelised spiced apple calls to mind the welcoming scent of home.

Palate: The silky mouthfeel envelops with a warming embrace of butterscotch, dried fruits and a hint of spice.

Finish: The palate slips into orange zest and a delicate hint of aniseed on the finish for a lingering, warming grand finale.