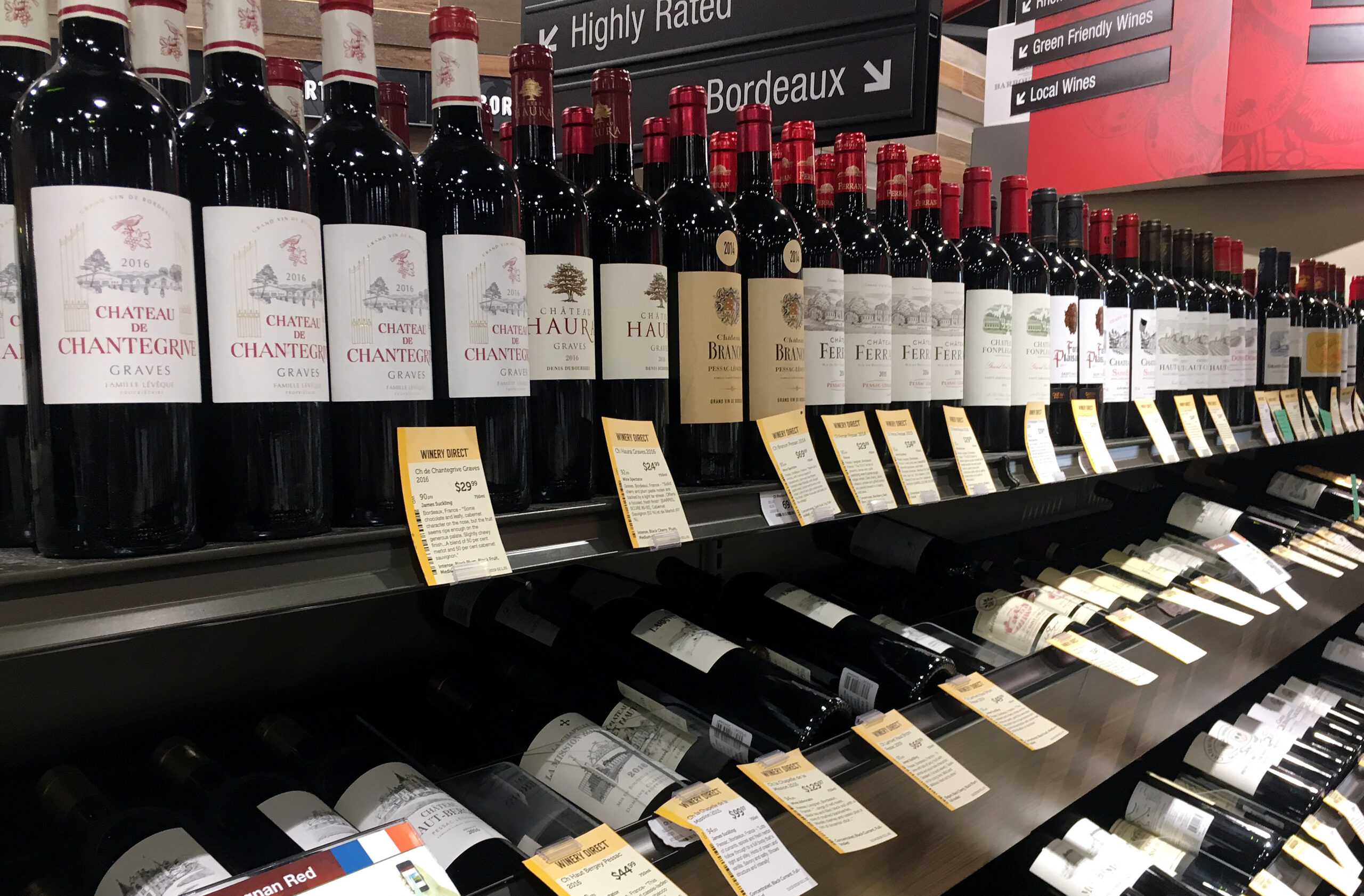 Bottles of French wine are displayed for sale in a liquor store on Dec. 3, 2019, in Arlington, Virginia. (Photo by OLIVIER DOULIERY/AFP via Getty Images)

The incident happened shortly before 7 p.m. at Wheatley Hills Discount Liquors in Westbury, according to FOX 5 New York. Police said two men entered the store and began putting multiple bottles of liquor and wine inside their clothing. When the employee approached and confronted them, one of the shoplifters removed a bottle of wine from his jacket and struck the worker in the head. The employee suffered a wound, but his condition is unknown.

According to the Suffolk Daily Voice, the worker received a laceration on his head from the blow.

The shoplifters fled the store on foot and still are at large.

This hasn’t been the only attack by a liquor-store shoplifter recently. On Dec. 27, a shopper in St. Paul, Minnesota, was killed with his own gun during a tussle that started when he attempted to stop the shoplifter.

In a more-lighthearted break-in, a Massachusetts man plowed his car into a liquor store last Saturday and proceded to hang out in the store, enjoying a beer, cigar and bag of chips he took off the shelves until the cops showed up.