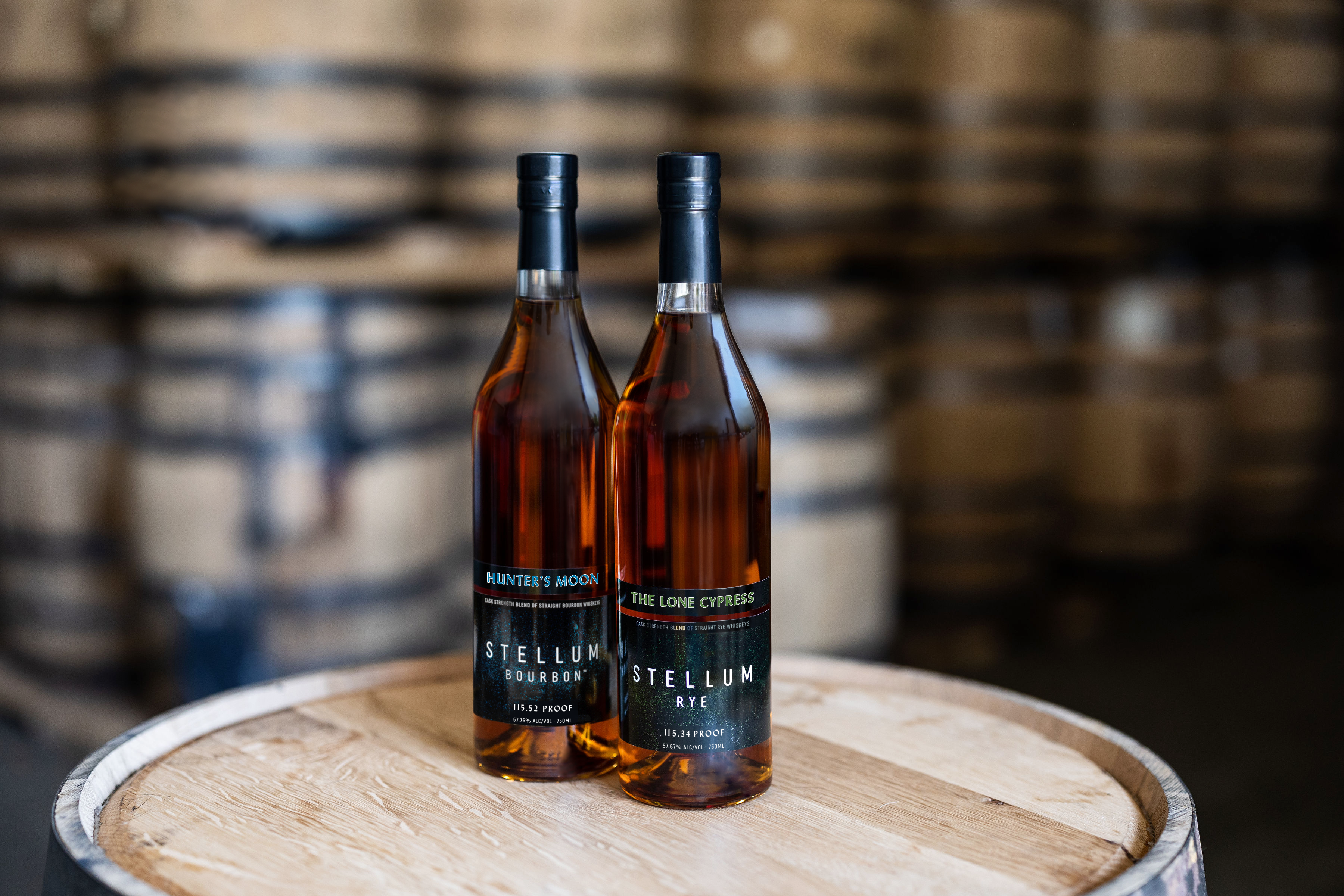 On Tuesday, Stellum Spirits announced the next round of its Stellum Black Speciality Blends line, comprising two limited-edition blended whiskeys.

All Stellum Black specialty blend releases are blends of Indiana whiskey and older whiskeys from Kentucky and Tennessee.

The two latest blends are called Hunter’s Moon, which features high rye content, and The Lone Cypress, which is named for the famous tree on the coast of the Monterey Peninsula.

Finish: A sweet and upbeat medium finish that tapers off gracefully.

With a splash of water: The layer of fruity, floral aromas is activated with a splash of water. The nose gives ripe mango, coconut, and tangerine, the palate is toasted salted cashew and lemon balm, and the finish is longer and leaner, like a walk down a long dock at the beach

Stellum The Lone Cypress Tasting Notes, Via the Brand

Taste: It immediately coats the mouth with a flavor reminiscent of saltwater taffy. There are satisfying notes of ripe apricot and peach skins followed closely by a fresh and briny note.

Finish: On the exhale, there are faint flavors of chamomile tea and more baked goods like an apple cider donut. The orchard fruit flavors persist and become jammy.

With three drops of water: The slight addition of water brings out its savory edge. Now crushed peppercorn becomes more present, bringing subtle notes of fennel and licorice along. The fruit notes soften and become akin to poached pears and cinnamon