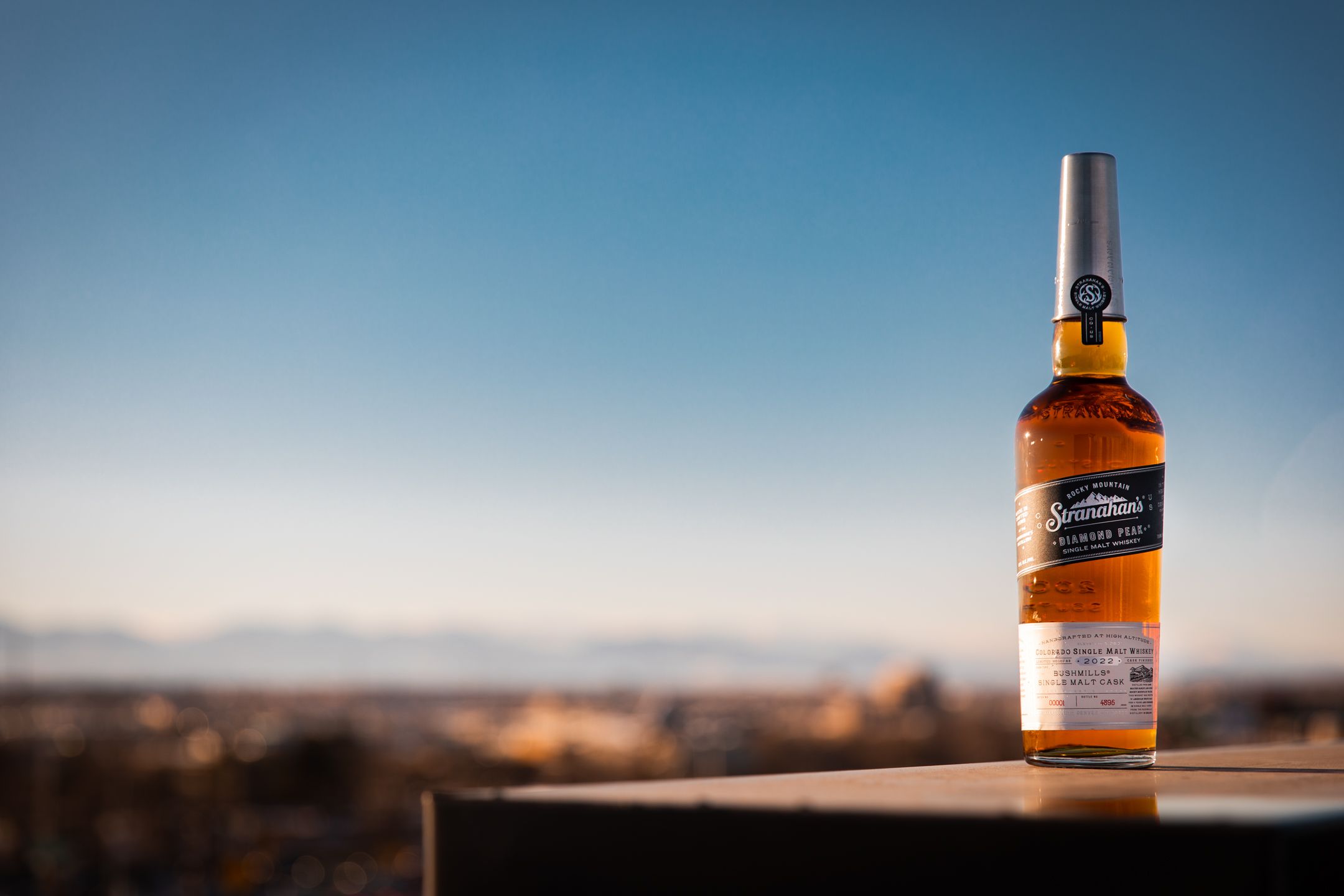 Popular Colorado single malt whiskey distillery Stranahan’s is reintroducing its Diamond Peak release — with a twist. The original Diamond Peak was double distilled in a blend of four Rocky Mountain barleys and then aged in virgin-charred American white-oak char #3 barrels. The reintroduced line of Diamond Peak will feature a new finish with each yearly release.

After spending two to seven years in American Oak, the 2022 batch of Diamond Peak will be transferred to Bushmills Irish single malt whiskey casks, where it will rest for up to four years. The whiskey will then be cut to proof with Rocky Mountain water from Eldorado Springs. Bushmills is one of the world’s most popular Irish whiskeys and is a great St. Patrick’s Day buy.

“With Diamond Peak, Stranahan’s is pushing the boundaries of what can be expected from a refined American Whiskey,” Stranahan’s Head Distiller Owen Martin said in a news release. “We’re excited to create a new version of this expression each year with an extended finishing technique, and Bushmills was the perfect cask finish to complement our American Single Malt for our first edition. The character of both whiskeys results in a highly sophisticated expression, well-rounded with spices and sweetness.”

Bottled at 90 proof, Stranahan’s Diamond Peak is available for purchase at the Stranahan’s distillery, select retailers nationwide and online at Drizly and ReserveBar at a suggested retail price of $79.99.