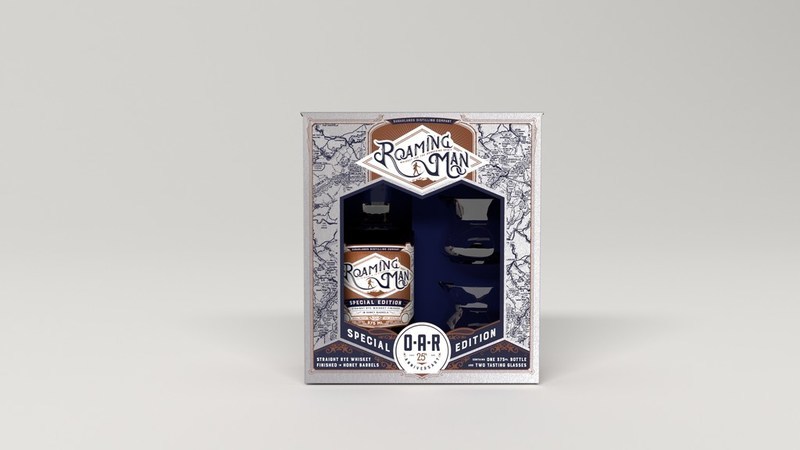 The release is only available in a gift pack that includes a 375-milliliter bottle of Roaming Man O.A.R. and two tasting glasses in special O.A.R. packaging. One thousand bottles of limited-edition Roaming Man O.A.R. 25th anniversary gift packs are being produced for the release. They will be available exclusively online. For information on release dates and how to purchase the gift pack, fans can sign up for the official O.A.R. fan newsletter at LiveOAR.com.

The second product in the collaboration is a ready-to-drink moonshine cocktail, Jammin’ Peach, which will be available beginning summer 2022.

“We are so excited to welcome O.A.R. to the Sugarlands family and help the band celebrate its 25th anniversary,” said Ned Vickers, president and founder, Sugarlands Distilling Co., in a news release. “To enjoy that kind of longevity in the music business while gaining such a loyal, passionate following along the way is a testament to the band’s commitment to its craft and ability to connect with fans, which are two things we greatly appreciate at Sugarlands.”

Sugarlands also has a multi-year partnership with country artist Cole Swindell, with lines of its Pre-Show Punch and Peppermint Moonshine bearing Swindell’s name.